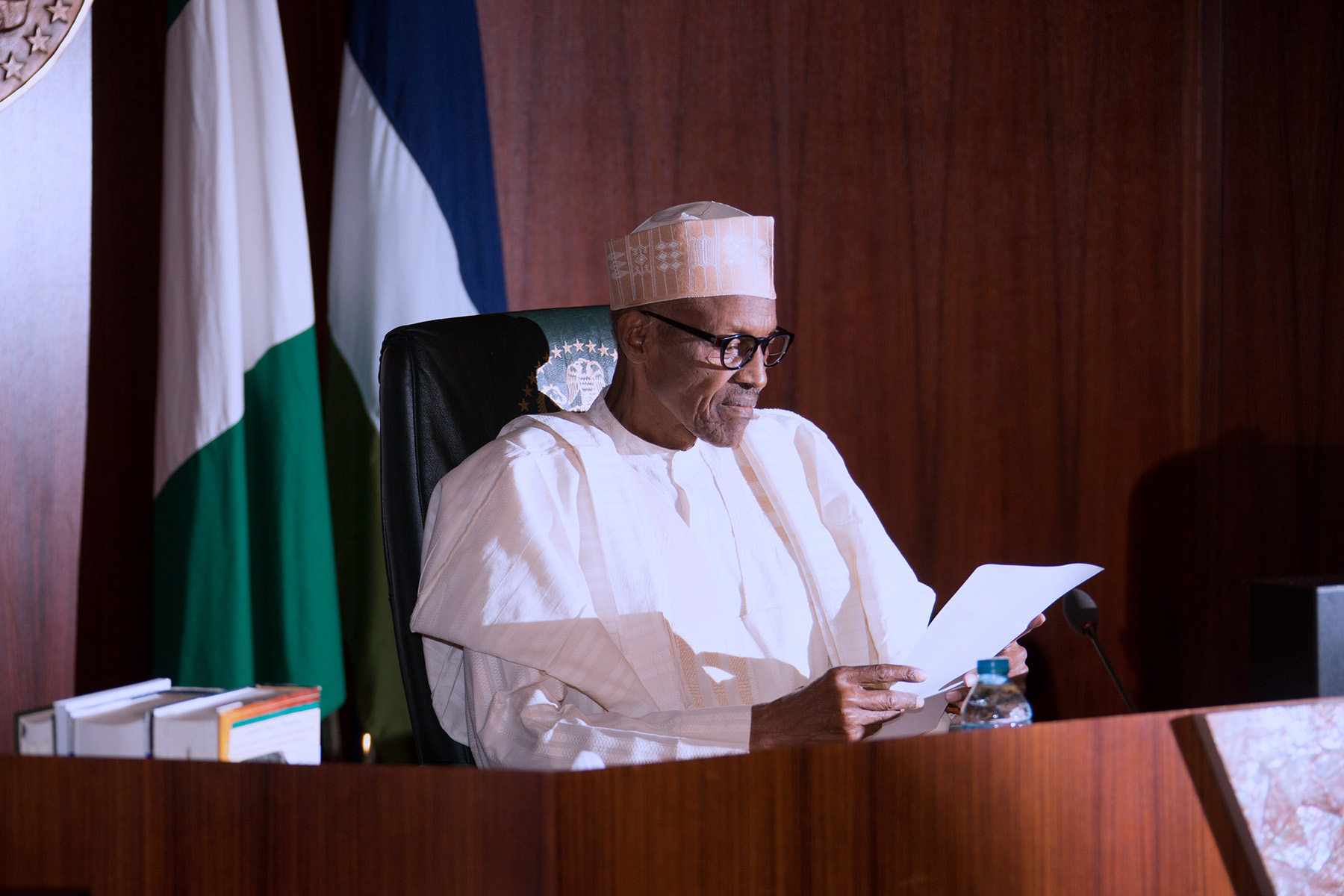 In a statement from the presidency, Mr. Buhari also congratulated the outgoing Liberian leader, Ellen Johnson-Sirleaf, for the peaceful conduct of the elections.

Read the full statement by the Nigerian leader below.

On behalf of the government and people of the Federal Republic of Nigeria, President Muhammadu Buhari warmly congratulates George Weah on his election as the next President of the Republic of Liberia.

President Buhari also commends the Liberian people on the peaceful conduct of the historic presidential run-off election, stressing that “this is another plus on Africa’s democratic scoreboard.”

The President equally applauds the efforts of the National Election Commission of Liberia, as well as regional and international observers who have contributed immensely to the electoral process and the strengthening of post-conflict democracy in the West African country.

Describing Mr. Weah’s victory as an affirmation of the will of the Liberian people to remain united, peaceful and prosperous, President Buhari pledged Nigeria’s readiness to work with Liberia on issues of mutual interest at bilateral, regional and global levels for the benefit of citizens of both countries.

The Nigerian leader also commends outgoing President Ellen Johnson-Sirleaf, under whose 12-year watch Liberia had transformed from being a pariah state to a country doing remarkably well on many fronts such as, women and civil rights issue, peace building and consolidation, ECOWAS and the Mano River Union.

President Buhari also notes that President Sirleaf deserves special commendation for the statesmanship she has shown in ensuring free and fair elections that will pave the way for a peaceful transfer of political power from one democratically elected leader to another for the first time in 73 years.

Wishing President-elect Weah and Liberians a peaceful transition, he reassures them of Nigeria’s determination to sustain the current cordial relationship with Liberia.