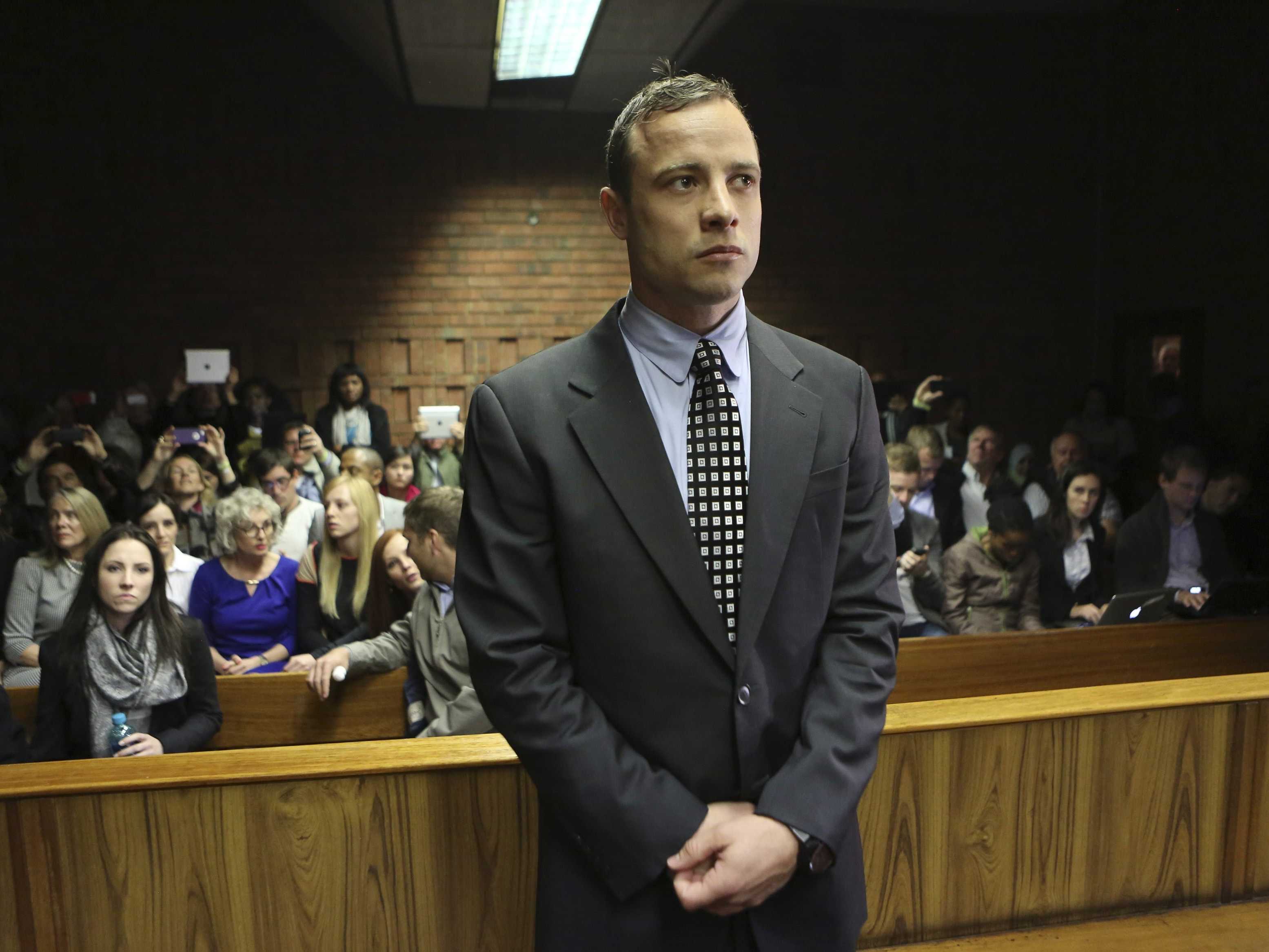 Prosecutors called on Tuesday for South Africa’s “Blade Runner” Oscar Pistorius to be convicted of murder and sent back to jail for shooting his girlfriend, challenging a court’s decision to sentence him for a lesser offence.

The Paralympic gold medallist was freed on parole last month less than a year into a five-year sentence for the “culpable homicide” of Reeva Steenkamp, who he killed on Valentine’s Day 2013.

Pistorius himself did not attend the half-day Supreme Court hearing into his highly-charged case, which has prompted a fierce debate in South Africa, and accusations from some rights groups that the white track star got preferential treatment.

Members of the ruling ANC party’s Women’s League attended the session and told reporters that Pistorius had been let out too soon and should have his conviction upgraded to murder, which has a minimum 15-year sentence.

“We are here for Reeva’s family and the state,” the League’s Gautain province spokeswoman, Jacqui Mofokeng, said.

Prosecutors argued that high court Judge Thokozile Masipa had made legal errors when she decided not to convict Pistorius of the more serious charge of murder last year.

The five Supreme Court judges said they would give their ruling at a later date, without specifying when. Legal experts say could convict Pistorius of murder themselves, order a retrial or reject the prosecution’s appeal, legal experts have said, and ther judgement could take weeks.

State prosecutors said they would aim to show that the high court approached the circumstantial evidence incorrectly and excluded relevant evidence.

Lead defence attorney Barry Roux said it was unfair to say that the court had ignored evidence. “She did not make errors in law, she may or may not have committed factual errors,” Roux said.

Steenkamp’s mother June, who last week said she did not want retribution, attended the session in Bloemfontein, 400 km (250 miles) southwest of Johannesburg, but did not make a statement.

“The family feels it is inappropriate to comment on this matter while the Appeal Court deliberates,” said Anneliese Burgess, the Pistorius’ family spokeswoman.

Pistorius, dubbed “Blade Runner” because of the carbon fibre prosthetic blades he uses to compete, has denied deliberately killing his girlfriend, saying he mistook her for an intruder at his home.

Prosecutors said Pistorius intended to kill Steenkamp, who they said fled to a toilet during a row. Pistorius shot through the door four times, hitting her.

In this article:Oscar Pistorius, South Africa