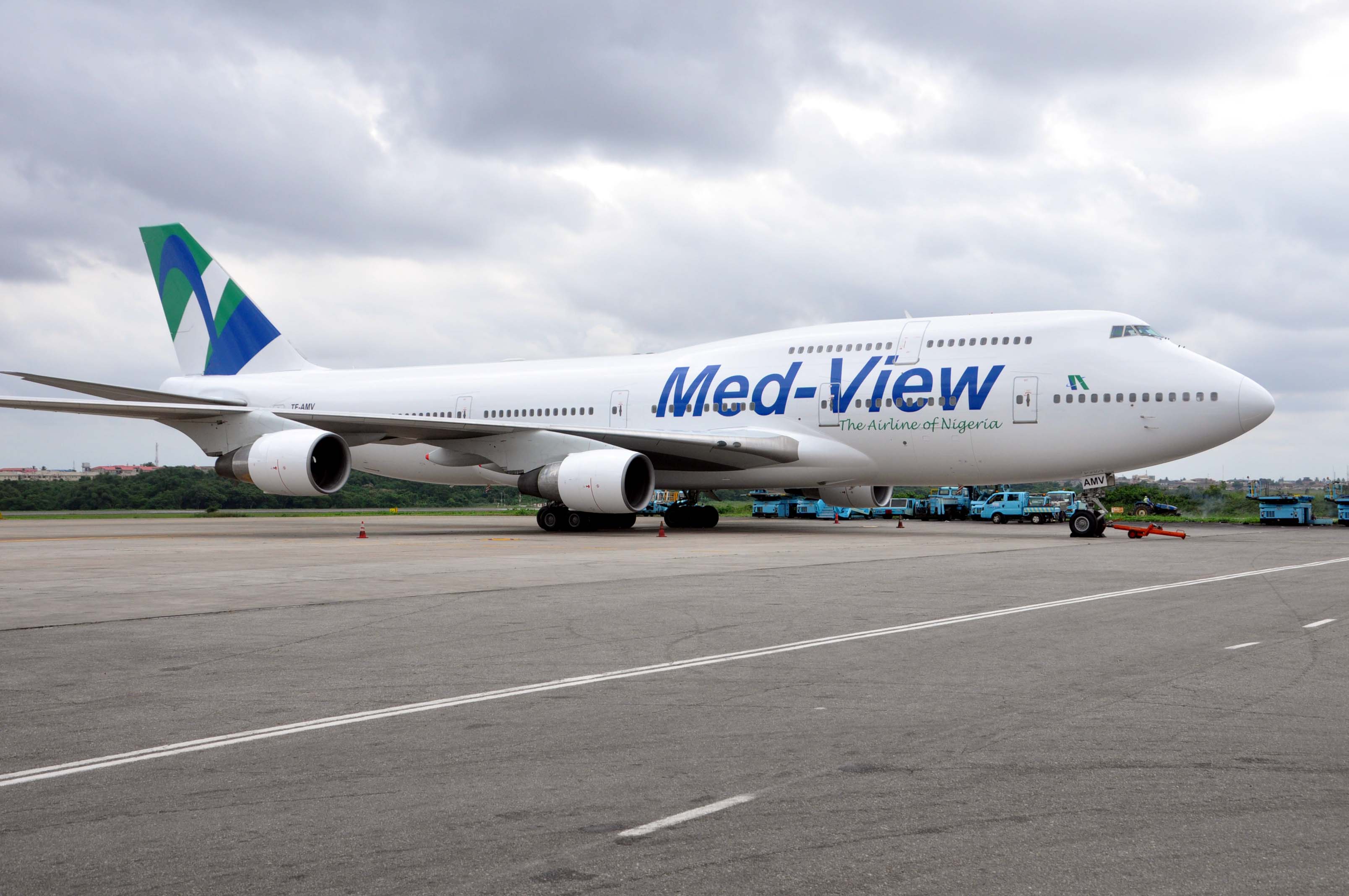 Scores of Med-View Airlines’ passengers yesterday staged a protest at the international wing of the Murtala Muhammed Airport, Lagos, over alleged rescheduling or cancellation of flights, The Guardian reports.

The passengers, numbering about 200 were angered over the rescheduling of their Lagos-London and Lagos-Dubai flights for two days on a bounce, without due communication from Med-View officials.

The protest, which affected other foreign airlines on the morning belt, came some hours after over 500 passengers of the same airline also protested at the London Gatwick Airport for being abandoned for five days.

The worsening harmattan haze in the last few days has hampered local flight operations in most parts of the country.

Except for Lagos-Abuja operations that continue to run on schedule, other routes are either severely delayed or cancelled, much to the pains of the travelling public.

The Lagos passengers around 8:30am stormed the counter of Med-View Airlines to demand details of their rescheduled flight for Thursday. After about an hour, without satisfactory information about their fate, the passengers became irate, causing a scene at the terminal.

Some disrupted activities at the check-In counters of other airlines like Virgin Atlantic, African World Airways, Kenyan Airways among others. Security operatives had to wade-in to prevent breakdown of law and order.

One of the protesters, Elizabeth, lamented that it was becoming of Med-View to either reschedule or cancel a flight without duly informing the affected passengers.

The Guardian reports that some of the airline’s passengers are still waiting for Med-View aircraft at London Gatwick for airlift.

One of the stranded passengers, Yinka, lamented shabby treatment by their airline yesterday. Yinka, in a tweet said: “Day-four at Gatwick Airport, a passenger fainted. Over 500 from Saturday still stranded. Police being used to check-in people.‘’

Spokesperson of the airline, Obuke Oyibotha, said though the airline had operational issues at the weekend, but the London operations had since been restored and running since Sunday.

He said: “We had issues when one of our aircraft had to go for maintenance. But the issue had been addressed. We had a flight from London on Sunday and even yesterday another still flew. I can tell you that our operations are running,” Oyibotha said.

In this article:Lagos, London, Med-View Airlines