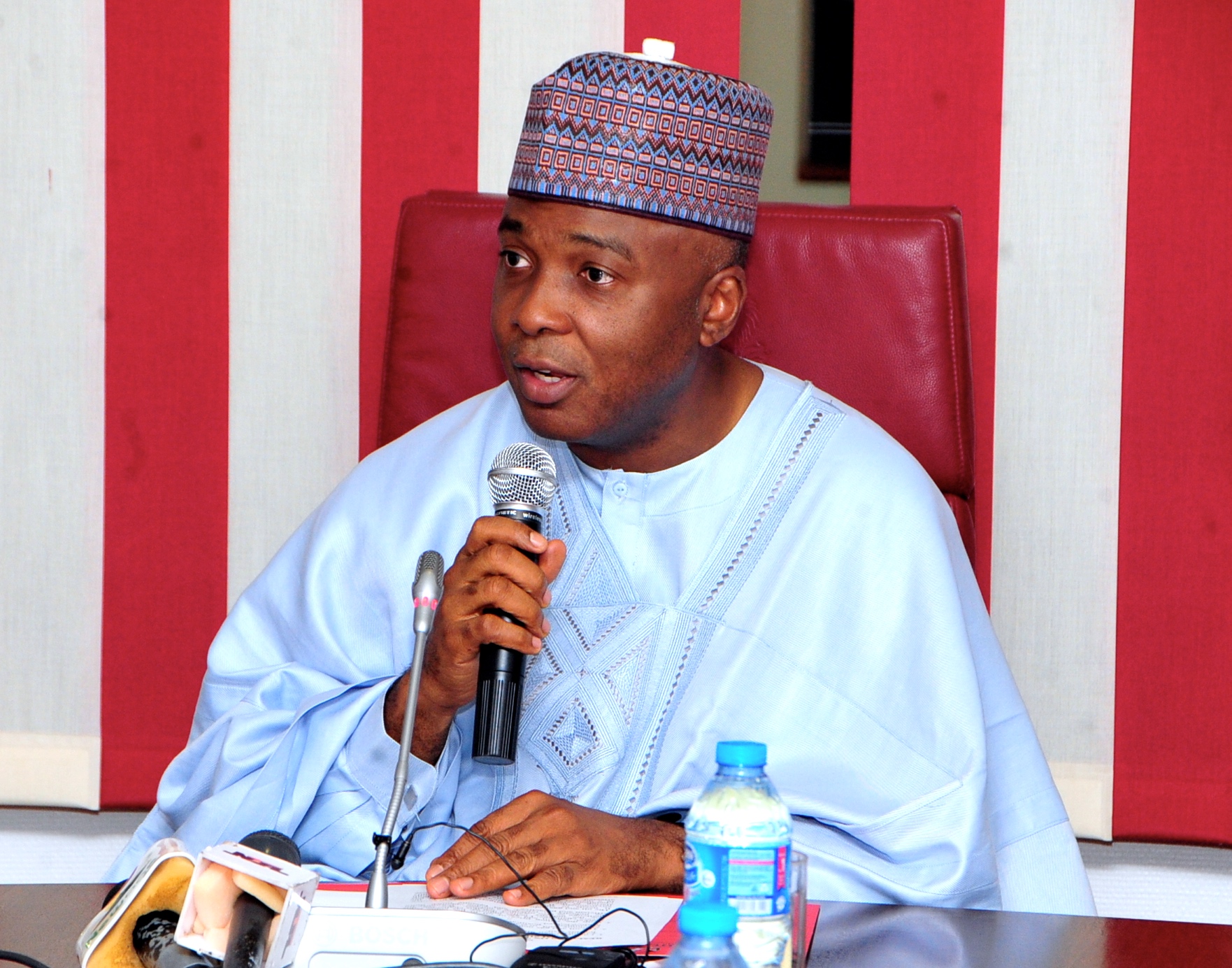 The apex court, in a ruling, directed the Justice Danladi Umar-led tribunal to suspend the trial to enable it to hear and determine the substantive appeal that Saraki lodged before it.

This was even as the prosecuting counsel, Mr. Rotimi Jacobs, SAN, entered ‎an undertaking before the apex court that “no unusual step will be taken by the federal government”, in relation to the matter.

In their ruling, a five-man panel of Justices of the Supreme Court ‎led by Justices John Fabiyi, held: “It is imperative to state that all the parties, including the Code of Conduct Tribunal, should tarry a while to enable this court to determine the appeal before it.

“In effect, further proceeding at the CCT should be stayed pending the hearing of the appeal. Hearing date will be communicated to all the parties”, Justice Fabiyi ruled.

All the other members of the apex court panel also concurred with ‎the lead ruling.

Saraki is in his appeal marked SC/852/2015, praying the apex court to invoke its powers and quash the 13-count criminal charge that was preferred against him by the federal government.

‎Besides, he wants the Supreme Court to set aside the judgement of the Abuja Division of the Court of Appeal which on October 30, gave the government the nod to open its case by calling witnesses to ‎testify against him.