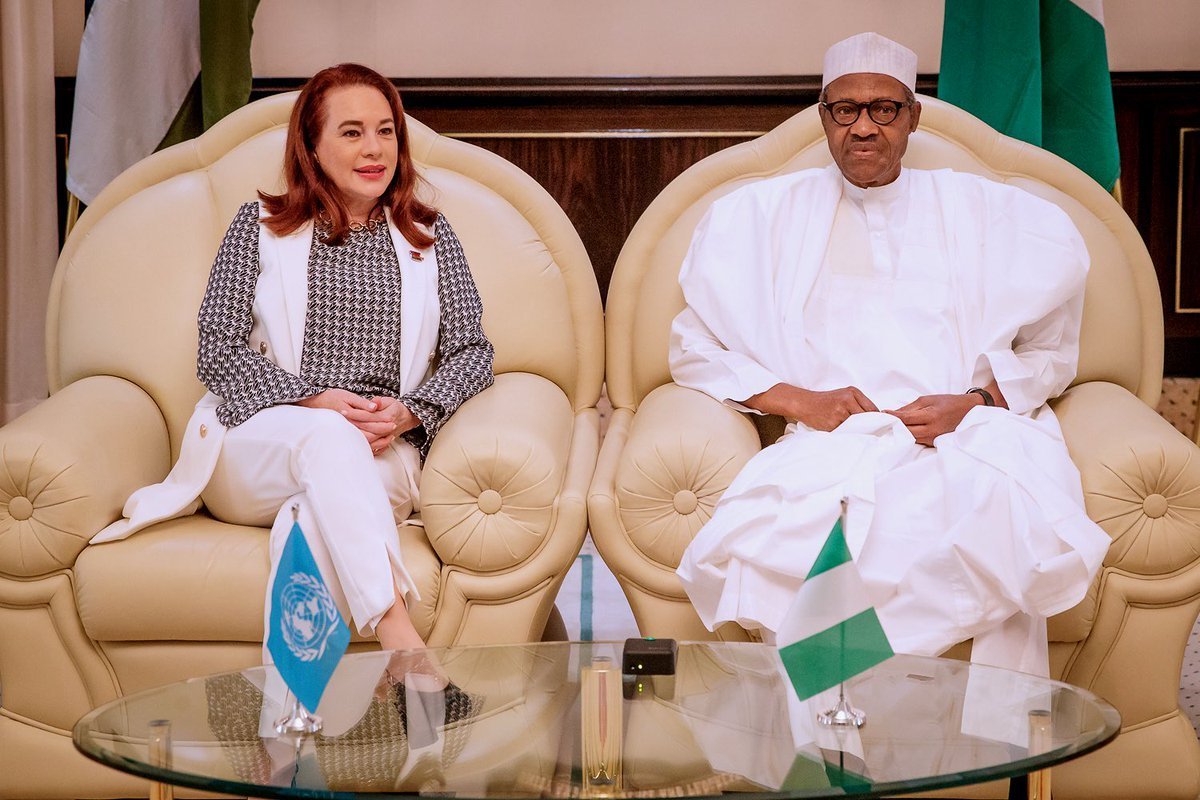 The United Nations Ambassador for Peace, Ambassador Ginika Tor, has said that Nigeria stands a chance to run for the next Presidency of the global body.

Tor stated this on Tuesday hours after the outgoing President of the UN General Assembly, Maria Garces, visited President Muhammadu Buhari in Abuja.

“As God will have it, the President of UNGA has already officially announced him as the first candidate for this position.

“Nigeria stands a huge chance and the visit of the President has gone a long way to say yes, we are going to have it,” she stated.

Tor’s comments come shortly after Garces hinted that Nigeria will be assuming Presidency of U.N. General Assembly when the term of the incumbent expires.

During a press conference today with the Minister of Foreign Affairs, Geoffrey Onyema, the UNGA President indicated Nigeria’s Permanent Representative to United Nations, Professor Tijani Muhammad-Bande may become the next President of the United Nations General Assembly.

If Bande becomes Garces’ successor, he would be the second Nigerian to be appointed President of UNGA after Mr Joseph Garba who held the position between 1989 and 1990.