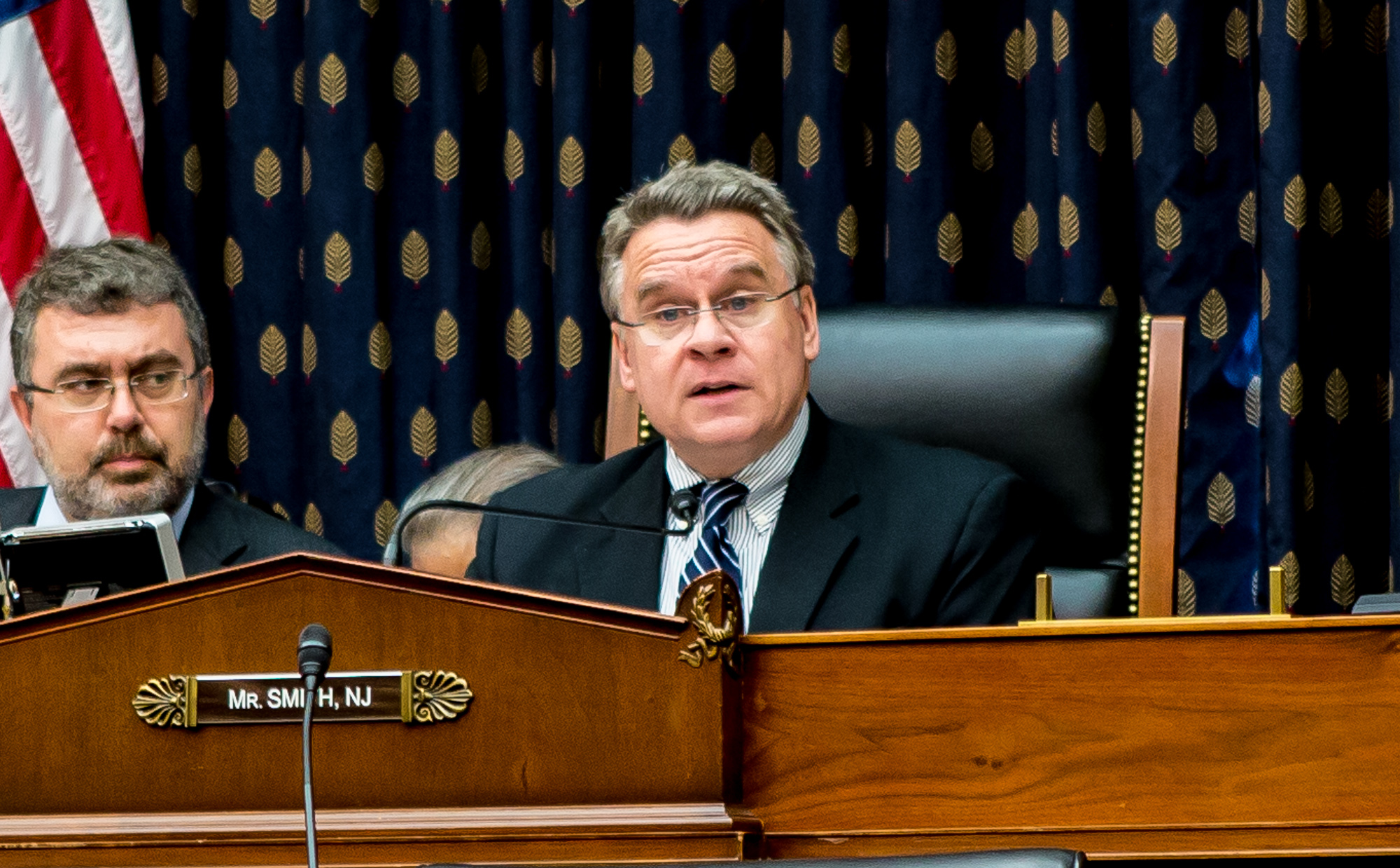 Christopher Henry Smith, an American politician currently serving in his 20th term as the US Representative for New Jersey’s 4th congressional district, has blamed “President Muhammadu Buhari and those close to him” for the last-minute postponement of the 2019 elections by the Independent National Electoral Commission (INEC).

Smith, who is also the immediate past chairman of the House Foreign Affairs Subcommittee on Africa, said in a statement he issued on Monday: “Responsibility for the delay of Nigeria’s presidential election lays squarely with President Muhammadu Buhari and those close to him.

“Actions in advance of the election — including removal of Supreme Court Chief Justice Walter Onnoghen and arson attacks on Independent National Electoral Commission offices in opposition strongholds — are undermining confidence that this election and subsequent gubernatorial elections will be free and fair.  At a minimum, the presidential election must meet the 2015 standard, which saw a peaceful transfer of power and a statement by the then-sitting president that all bloodshed must be avoided.”

Smith also called upon the Trump Administration and the State Department to focus greater attention upon Nigeria, saying: “In addition to being sub-Saharan Africa’s most populous nation, Nigeria is its biggest economy, and what happens in Nigeria has ramifications beyond its borders.

“Given the magnitude of global problems Secretary Pompeo must contend with, he should consider appointing a Special Envoy for Nigeria vested with full authority. The State Department must use all tools at its disposal, including visa denial and sanctioning authority, to hold accountable those who undermine democracy and foment sectarian and ethnic violence.”

Commenting further on the role of the State Department, he asked Secretary Pompeo to conduct an internal investigation into why a handful of State Department officials had apparently pushed for a statement last month “welcoming” the results of a fraudulent election in the Democratic Republic of the Congo (DRC), defying a reported interagency consensus that had sought accountability and transparency.

“More than ‘unfortunately-timed,’ that statement accepting electoral fraud in the DRC sent a negative message throughout sub-Saharan Africa,” Smith said.

“Indeed, it may be directly contributing to the electoral chaos and violence we are seeing unfold in Nigeria. There must be an internal investigation at State and those responsible must be held to account.”

Smith is the lead Republican co-sponsor of H. Con. Res. 4, introduced by Rep. Karen Bass of California, which calls for “credible, transparent and peaceful elections in Nigeria, and he chaired a hearing in December entitled “Nigeria at a Crossroads: The Upcoming Election,” which featured testimony from the State Department and USAID with regard to support for a free and fair electoral process in Nigeria.