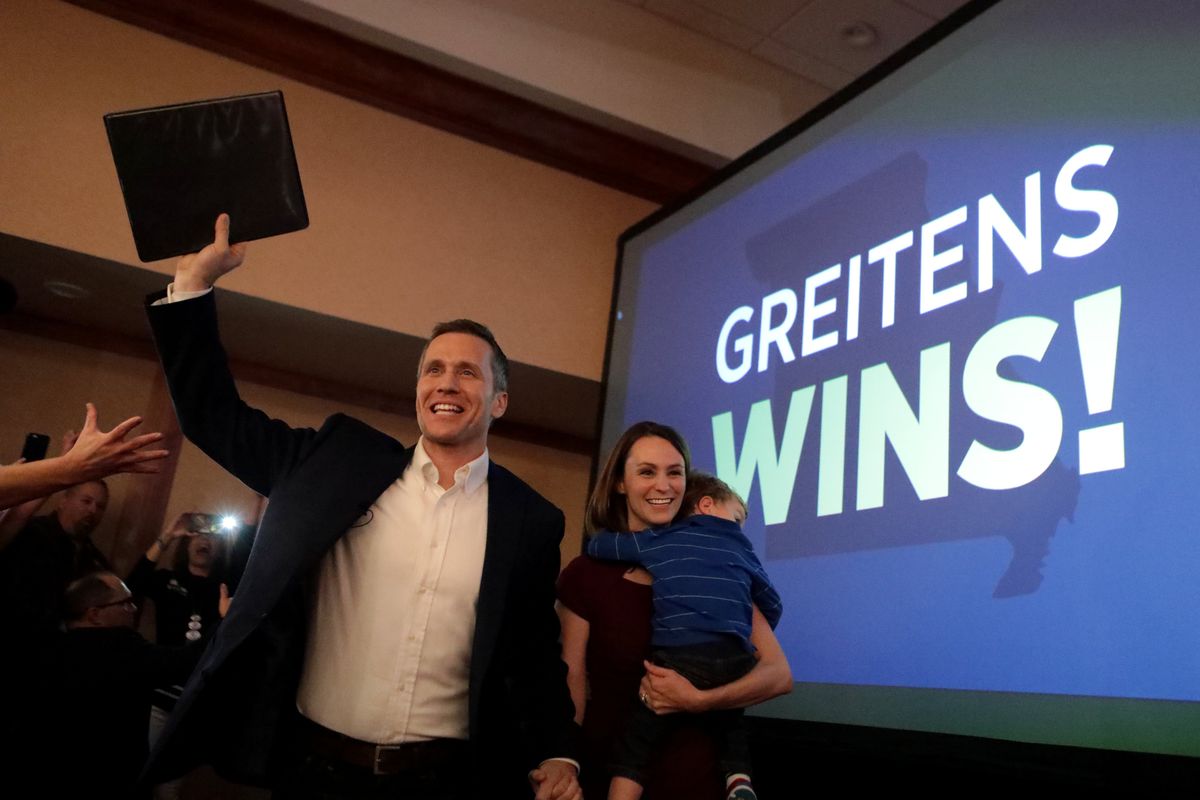 It was a stunning fall from grace for the military veteran and Rhodes scholar once rumored to be considering an eventual run for the presidency.

The Midwestern US state’s legislature, controlled by the governor’s own party, was in the midst of a special session to consider whether Greitens should be impeached, when the governor announced his resignation would be effective Friday evening.

“This ordeal has been designed to cause an incredible amount of strain on my family,” said the defiant governor, who had repeatedly called the investigations against him a “witch hunt,” borrowing a favorite phrase of President Donald Trump.

“I have not broken any laws or committed any offense worthy of this treatment,” he added at a brief news conference, at one point clearly holding back tears.

Greitens’s troubles had mushroomed over revelations of a 2015 extra-marital affair and charges, which he vehemently disputed, that he attempted to blackmail his mistress into silence with a compromising semi-nude photo.

The state legislature’s investigation had expanded to probe potential campaign finance violations, as questions swirled about whether the governor’s campaign illegally coordinated with a non-profit organization to conceal the identity of political donors.

The governor’s decision came after a judge compelled Greitens to release information about A New Missouri and any communications or coordination between the group and his own campaign fund, according to the St Louis Post-Dispatch newspaper.

A former Greitens campaign adviser also told a state House investigative committee that the campaign had considered soliciting donations from foreign nationals, according to the newspaper.

‘No end in sight’

The former US Navy SEAL and nonprofit founder, who swept into power in the 2016 election, had alienated many in the Midwestern state’s political establishment by casting himself as an outsider and criticizing lawmakers of both parties who disagreed with him.

The 44-year-old married governor was hobbled when an extramarital affair from two years ago became public in January, including allegations that he attempted to coerce his mistress into silence.

Greitens’s mistress, who has not been publicly identified, claimed that he took a photo of her partially nude, bound and blindfolded, without her permission, and threatened to release the photo if the affair became public.

An investigation by a bipartisan state legislative committee found the woman credible, and released a report laying out her allegations in great detail.

While admitting to the extramarital affair, Greitens insisted his failings were personal and did not rise to the level of a criminal offense.

He claimed the allegations, and subsequent investigations, were the result of entrenched forces wanting to cripple him politically. Greitens repeated that claim Tuesday.

“It’s clear for the forces that oppose us there’s no end in sight. I cannot allow those forces to continue to cause pain and difficulty to the people that I love,” the governor said.

In this article:Eric Greitens, Missouri, US