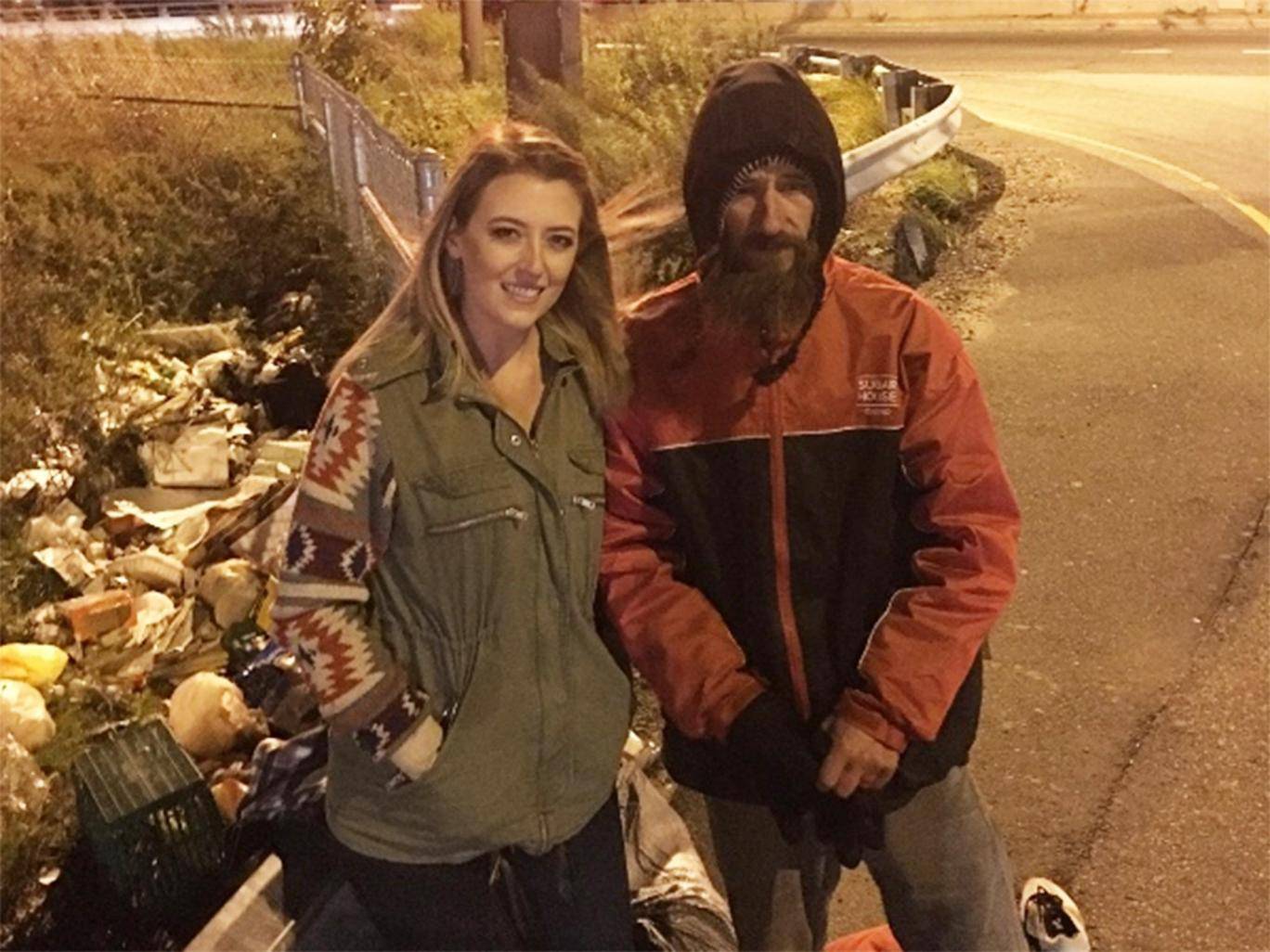 A US woman has raised more than $100,000 for a homeless man who gave her his last few dollars when she ran out of petrol.

Kate McClure, 27, was driving on the I-95 interstate motorway in Philadelphia when she noticed she had an empty tank. She pulled over and, realising she did not have any money on her, was approached by a homeless man named Johnny.

He told her the area was unsafe and advised her to remain in the car with the doors locked. He then went and filled a can of petrol using his last $20.

Ms McClure promised to return to pay Johnny back and later set up a GoFundMe page to raise money for him. Donations flooded in, quickly exceeding the initial $10,000 target.

So far the fund for the former ammunition technician has passed $116,000.

Ms McClure wrote on the page: “I never ran out of gas before, and my heart was beating out of my chest. I pulled over as far as I could, and got out of the car to head to the nearest gas station.

“That’s when I met Johnny. Johnny sits on the side of the road every day, holding a sign. He saw me pull over and knew something was wrong. He told me to get back in the car and lock the doors. A few minutes later, he comes back with a red gas can. Using his last 20 dollars to make sure I could get home safe.”

Ms McClure said that, since then, she has been visiting Johnny by the roadside and given him a jacket, hat, gloves and warm socks, as well as a few dollars whenever she sees him.

Describing him as a “great guy”, she said she hoped to raise enough money to help Johnny rent an apartment and a vehicle and cover six months of living costs.

She added:  “He is very interested in finding a job, and I believe that with a place to be able to clean up every night and get a good night’s rest, his life can get back to being normal.

“Please help this man get into a home. It is already getting so cold out in Philadelphia, and I can’t imagine what it will be like to be out there all winter.”

In this article:Johnny, Kate McClure, US