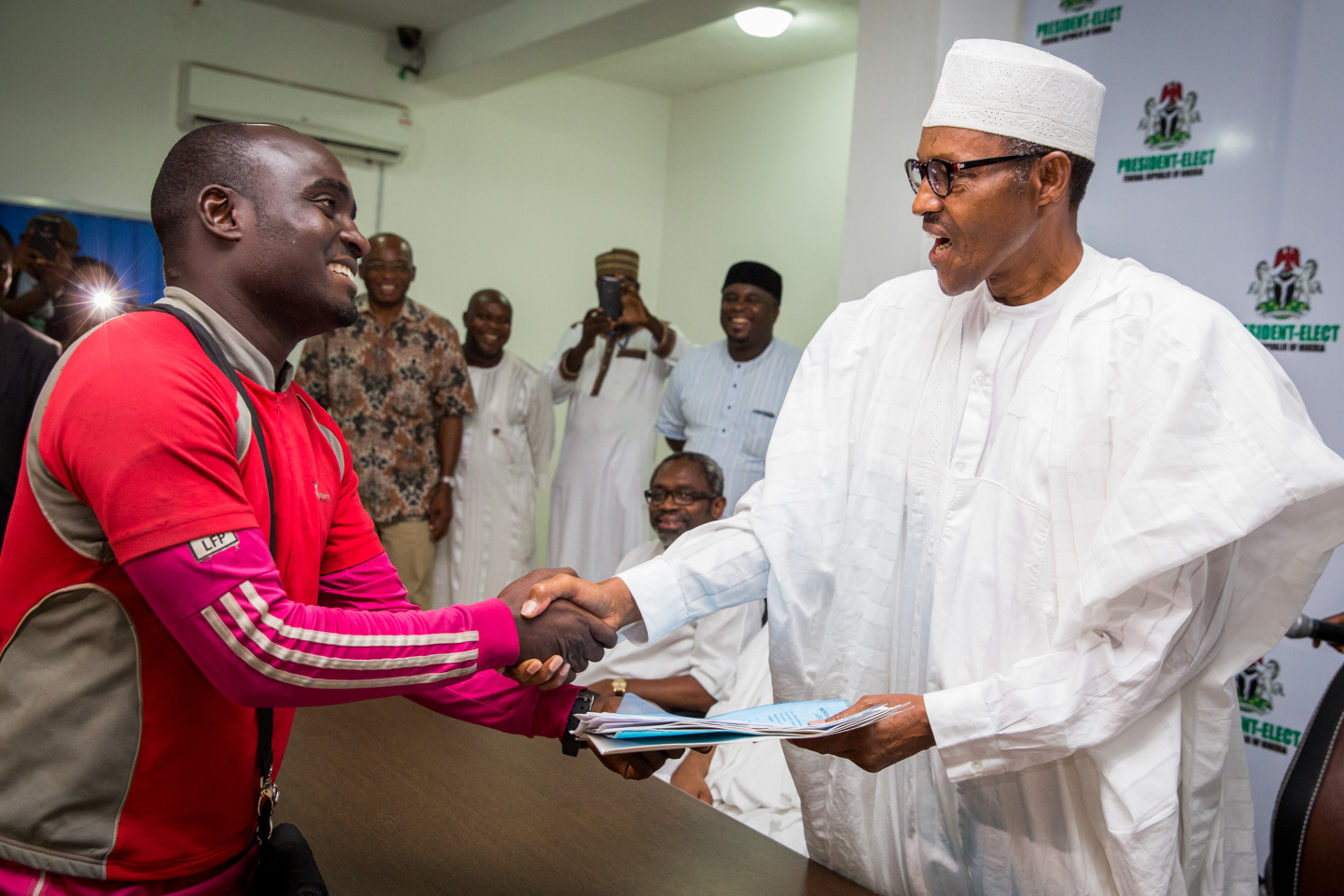 Mr Suleiman Hashimu, who trek from Lagos to Abuja to celebrate the victory of President Muhammadu Buhari in 2015 general elections, is to embark on another trek for the president.

Hashimu, however, told the News Agency of Nigeria (NAN) on Friday that this time around, he would not use his legs but vehicles in touring the 36 states and FCT.

He said he wants to showcase the achievement of the president so far.

“I will be embarking on another trek for President Muhammadu Buhari. This time, my trip is with a vehicle, not my usual trekking. I would tour the 36 states and the Federal Capital Territory.

“This is to showcase achievement recorded by this administration so that they will appreciate the achievements recorded so far.

“President Buhari has achieved a lot in security and anti-corruption crusade. People that are untouchable in this country are answerable to the law of the land.

“Another big achievement recorded on Thursday was the rescue of the 21 of the over 200 kidnapped Chibok school girls. This is no doubt a great achievement.

“I will like to tell Nigerians to continue to support President Muhammadu Buhari to achieve all the promises he made during his campaign for the presidency,’’

NAN reports that Hashimu arrived in Abuja on April 20 to celebrate the president’s victory in the 2015 general elections after trekking three weeks from Lagos, covering over 700 kilometres.