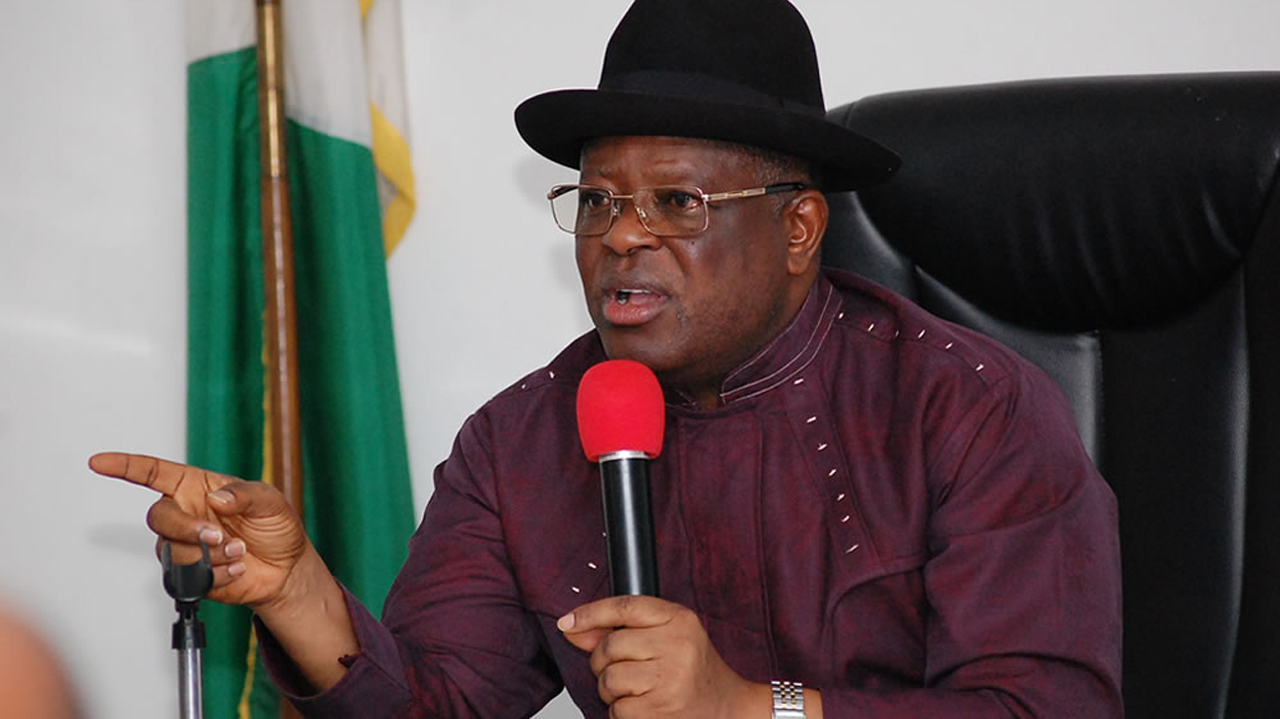 The Ebonyi State Governor, David Umahi has said that the Southeastern region does not want war but rather wants to be a part of a fair Nigeria.

The governor stated this on Thursday at a media briefing organised by the Presidential Media Team in the Statehouse in Abuja.

He said, in the Southeast, we don’t want war, we don’t want to secede, we want to be a part of a fair Nigeria where justice, equity, and freedom exist.

The governor explained the situation in the Southeast as a mixture of reality, fake news and war propaganda.

He lamented over the increasing insecurity in the region which resonates the peaceful agitation for a better region by IPOB, MASSOB, and the eastern security network in the east was hijacked by bandits and escalated.

“Are there rightful agitations in the Southeast. Yes. Has it turned violent? Yes. It’s been hijacked”.

According to him, foreign herders have infiltrated the country and are causing mayhem. “Anyone who is against the ban on open grazing is saying the killings in the country should continue”.

He insisted that the establishment of security outfit, Ebube Agu which has been passed into law in Ebonyi state is empowered to arrest anyone found culpable of steering chaos.

The governor further points out that there are no grazing routes in the south that would enable cattle move freely without trespassing and encouraging open grazing is synonymous with enabling armed foreign herders to perpetrate killings in the country.

He called for funding on cattle ranches through the Federation Account.

Judge Has No Power to Sack Me as Governor – Umahi

Ebonyi State Governor David Umahi has rejected his removal from office by a High Court judgement Tuesday, maintaining that he remains Governor of the...