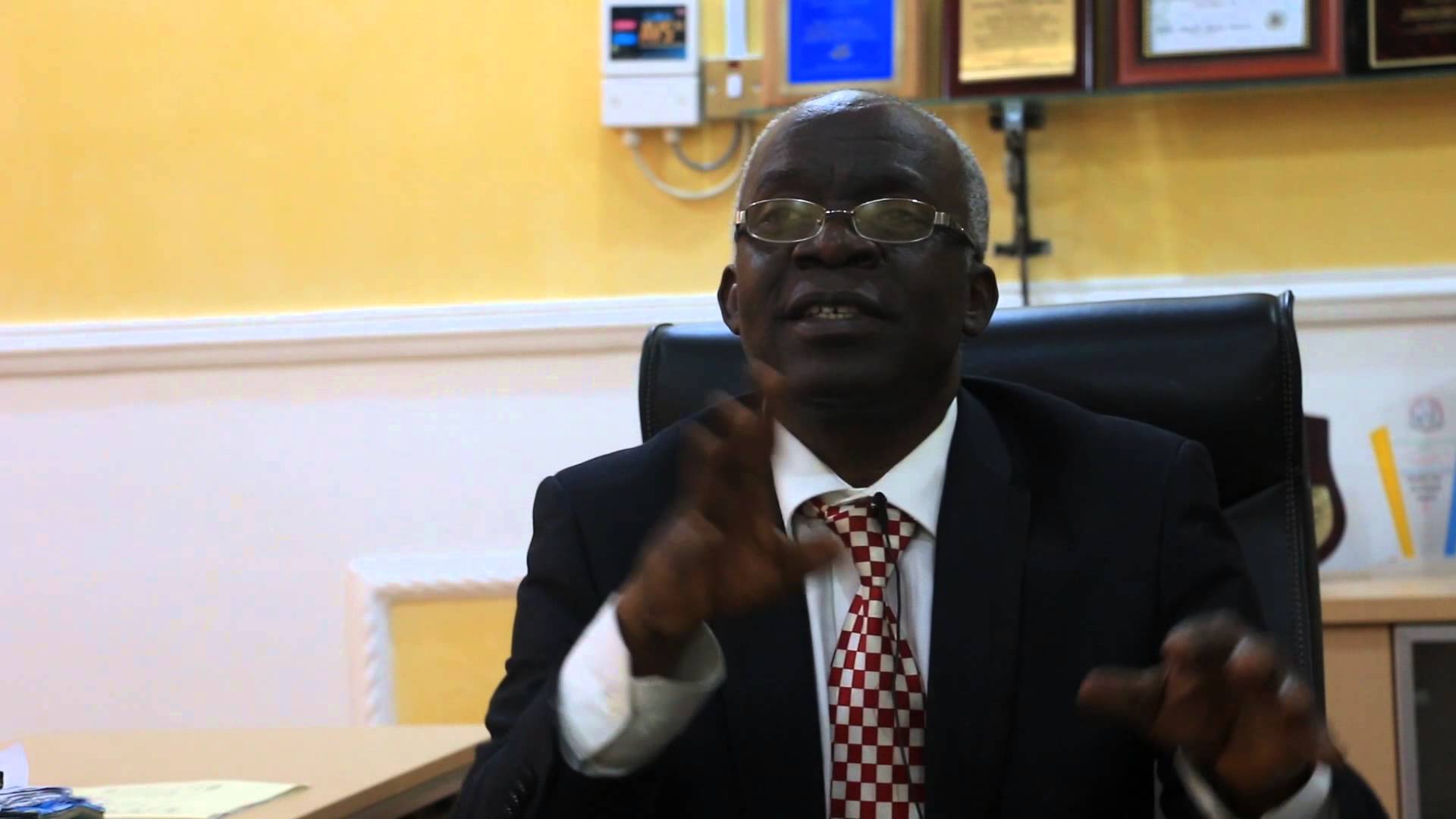 A top Nigerian lawyer, Femi Falana, has petitioned the Nigerian Army authorities demanding the release of Enitan Ransome-Kuti, the former Commander of the Multi National Joint Task Force, who was convicted by a military court martial and sentenced to six months imprisonment, Premium Times reports.

In a letter to the Chief of Army Staff, Major-General Tukur Buratai, Falana said his client was still held in prison custody despite completing his jail term.

Ransome-Kuti, a Brigadier-General, was sentenced by a Special Court Martial on October 15, 2015, for alleged offences during the war against Boko Haram.

According to the army court martial, Ransome-Kuti was awarded the following punishments:

Falana insisted his client was “unjustly convicted” by the court martial.

“As the findings of the Special Court Martial are subject to the confirmation of the appropriate authority we made a strong representation to the Army Council on behalf of our client,” Falana, a Senior Advocate of Nigeria, stated in the petition dated February 26.

“By letter dated 19 October, 2015, we also requested the Authorities of the Nigerian Army to release our client from military custody pending the determination of the appeal which he intended to file against the unjust findings of the Special Court Martial which convicted him of war related crimes and sentenced him to 6-month imprisonment and dismissal from the Nigerian Army.”

Ransome-Kuti, who was the leader of the Multi National Joint Task Force, was blamed after Boko Haram insurgents overran Baga on January 3 last year.

After his conviction and imprisonment, Falana requested for Ransome-Kuti’s release pending the determination of his appeal, a request that was turned down by the military authorities.

Falana said the army’s refusal was a violation of Section 160 of the Armed Forces Act (Cap A20) Laws of the Federation of Nigeria, 2004.

“Thus, you caused our client to serve the 6-month prison term without the confirmation of the findings of the Special Court Martial by the Army Council,” he said.

“As if that was not enough, you have ignored our demand for the release of our client since he completed the 6-month prison term on February 15, 2016.

“In our letter dated February 12, 2016 on the subject matter, we had pointed out that our client ought to have spent 4 calendar months in custody by virtue of Regulations 54 and 55 of the Prisons Regulations made pursuant to the Prisons Act (CAP. P29) Laws of the Federation of Nigeria, 2004 which provides that every convict is entitled to a remission of one third of the sentence imposed by a court.”

Falana further stated that the continued detention of Ransome-Kuti was unjustified under the Nigerian Constitution and the Armed Forces Act.

“We are therefore compelled to request you to use your good offices to ensure that our client is released from unjust and illegal incarceration forthwith,” he said.

Falana said he would seek redress at the Federal High Court if the army authorities fail or refuse the immediate release of Ransome-Kuti.