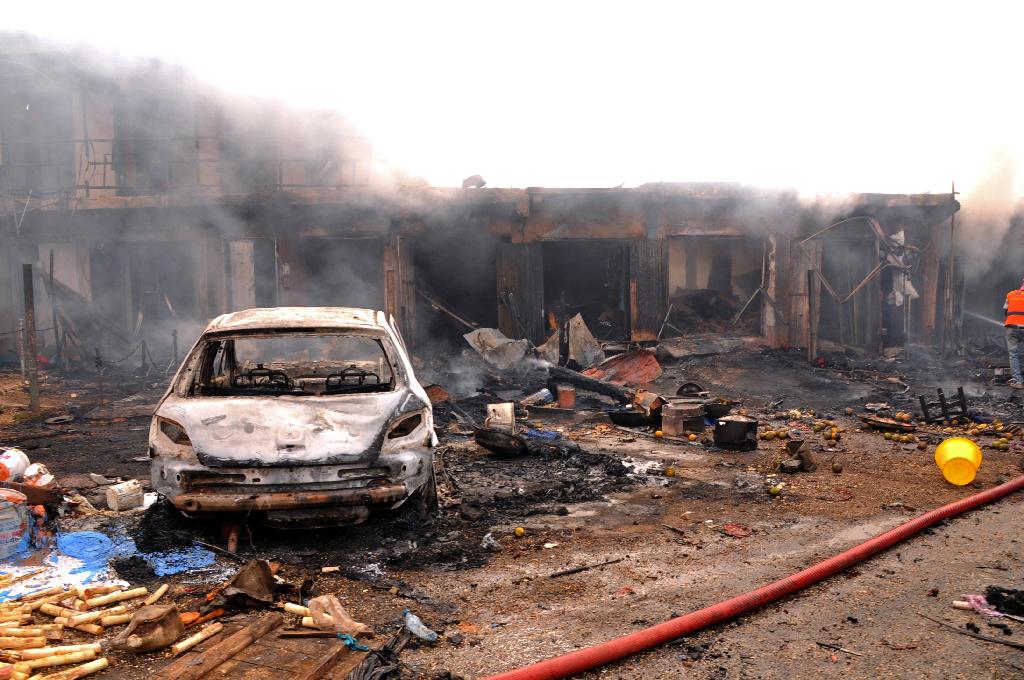 The wreckage of a charred vehicle remains in front of burning shops following a bomb blast at Terminus market in the central city of Jos on May 20, 2014. AFP PHOTO / STRSTR/AFP/Getty Images

A witness, Danladi Buba, said the two female suicide bombers detonated bombs at a mini market near a motor park around 9am, killing many people.

“About 30 people were killed with 16 others injured,” Mr. Buba said.

“Two female suicide bombers struck at a motor park in Madagali and detonated their devices and we lost some beloved country men,” he said.

He said the injured had been taken to hospital while the military had cordoned off the area.

The brigade commander said the situation had been brought under control.

The attack followed a series of gun and bomb attacks, between Sunday and Monday, by suspected Boko Haram militants on Maiduguri, the capital of neighbouring Borno State.

In this article:Adamawa, Boko Haram, Maiduguri