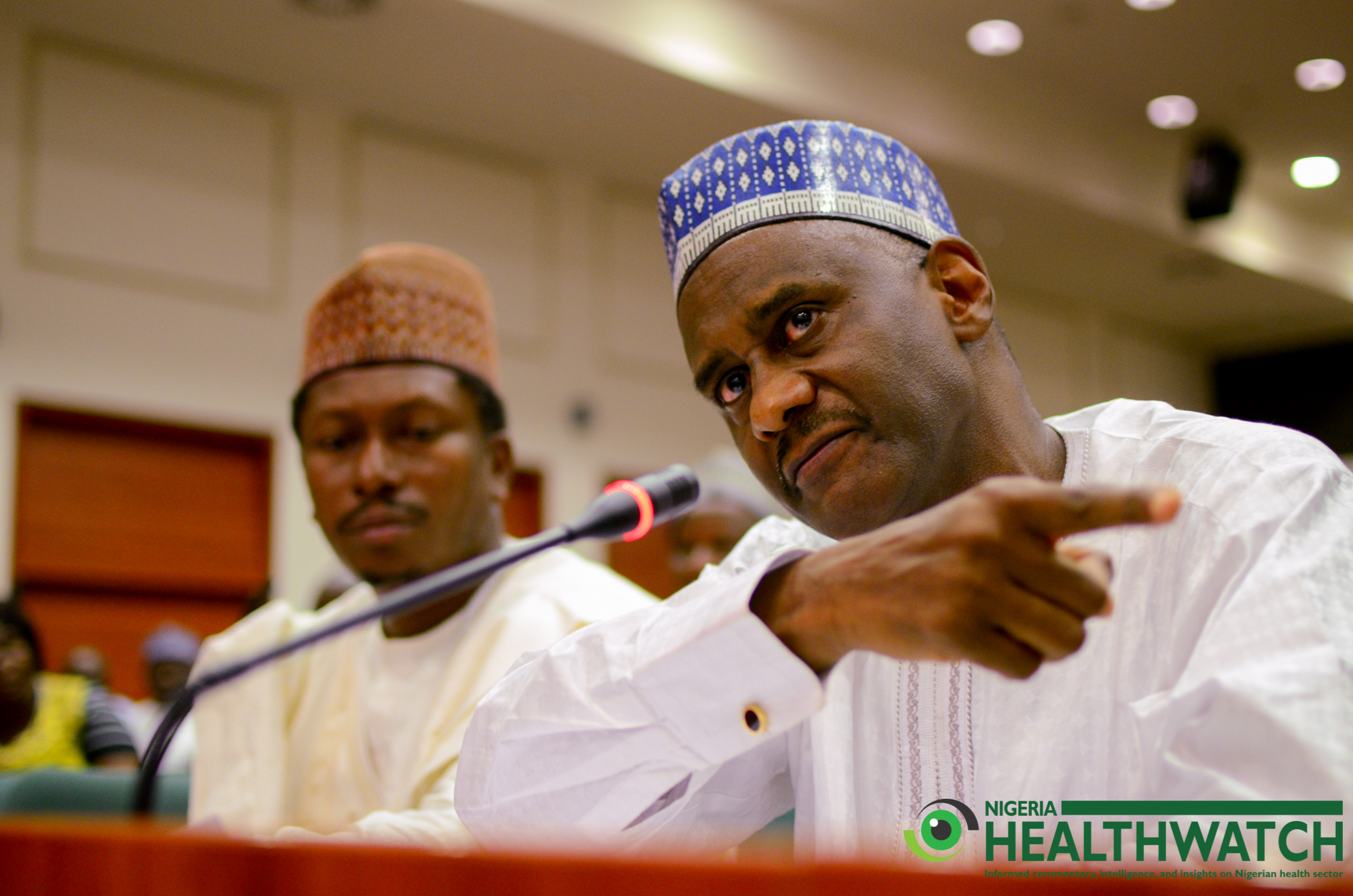 “The Joint Union wishes to alert the Honorable Minister of the grand plans by some of the staff who are his loyalists to cause chaos and render the scheme ungovernable. We have it on good authority that the suspended Executive Secretary, Prof. Usman Yusuf had series of meetings with this group, and urged them to carry out violent protest against his suspension. The violent protest is to be carried out in the NHIS Headquarters and at the Federal Ministry of Health in Abuja. This group have perfected plans to hire street urchins (AREA BOYS) in Abuja to be part of this violent demonstration”, the letter by the Join Unions, NHIS stated. A petition against Prof. Usman had prompted Acting President Yemi Osinbajo to issue a directive to the Minister of Health, Prof. Isaac Adewole to investigate the issue and act accordingly. The development led to Prof. Usman’s suspension. Despite the suspension order, Prof. Usman insists only President Muhammadu Buhari can suspend him.

SIGNAL could not reach Prof. Usman for comments at the time of this report.

Meanwhile, online newspaper SaharaReporters reports that Policemen have been stationed at the headquarters of the NHIS to forestall attempts by Prof. Usman to forcefully resume at the office despite his suspension.