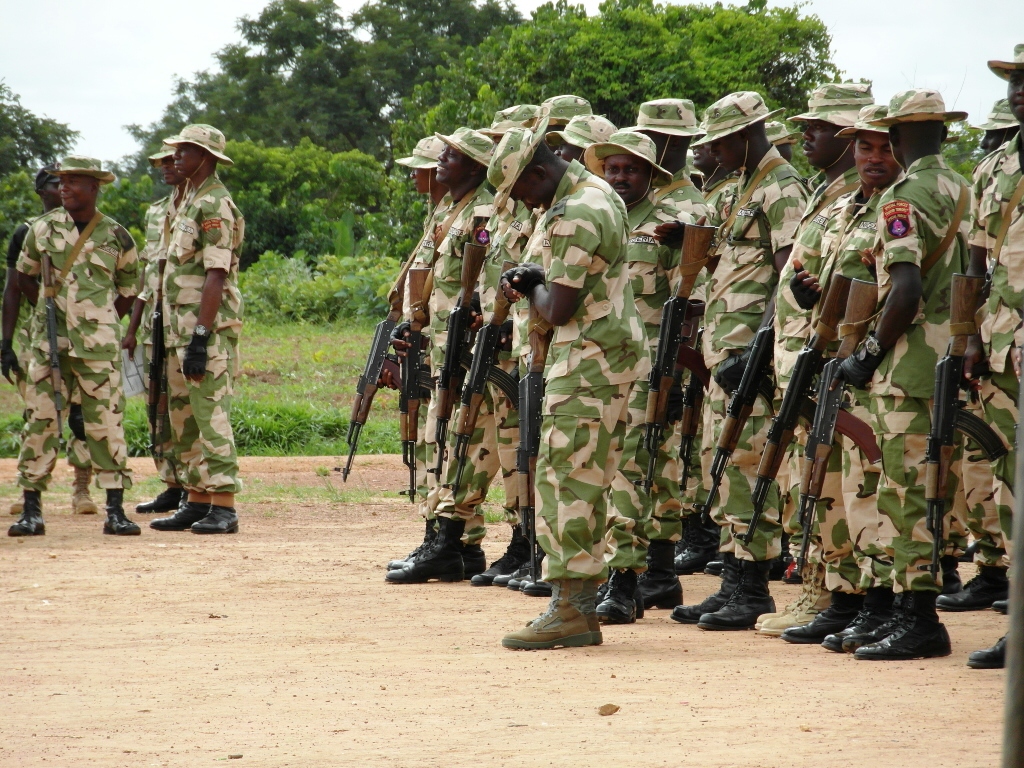 The Coalition Against Terrorism and Extremism (CATE) says the North-East region is closer to safety following the killing of high-ranking Boko Haram commander,  Amir Goni Maina.

Goni Maina was the acclaimed Governor of Lake Chad Tumbuns. He perceived the area as his territory from where he ochestrated several deadly attacks.

The once-inviscible terror kingpin, however, met his waterloo on Wednesday, following an offensive by the troops of Operation Lafiya Dole. This comes few days after a recent charge by President Muhammadu Buhari to the military to take the battle to the insurgents.

And in a statement signed by its National Coordinator, Gabriel Onoja, on Thursday, the CATE applauded the military, it’s leadership  and the troops that carried out the succesful operation in line with President Buhari’s order.

According to the coalition, Goni Maina’s death is a befitting consequence for the massacre of scores of farmers in Koshobe and Zabarmari areas of Borno State. It further charged the troops to maintain the momentum and fish out all the remnants of terrorists in the Lake Chad region.

The group, however, assured that with the demise of Goni Maina and sustained onslaught by the troop, the North-East region would soon experience a new lease of life.

The Coalition Against Terrorism and Extremism (CATE) is pleased to learn of the exploit by the Nigerian Military with the killing of a high-ranking Boko Haram commander, Amir Goni Maina, who in his lifetime posed as the Governor of Lake Chad Tumbuns. With Amir Maina’s death the northeast region of Nigeria is one step closer to being made safe for civilians to live their lives in peace.

CATE unequivocally commends the Nigerian military, it’s leadership  and the troops that carried out the operation for their success in striking at the heart of the insurgency in line with President Muhammadu Buhari’s directive. The Army has continued to  show  that it is capable of holding its own and taking the battle to the insurgents in all their hideouts and enclaves.

Amir Maina’s death is a befitting consequence for the massacre of scores of farmers in Koshobe, Zabarmari area of Borno state, Nigerians want more terrorists -whether Boko Haram or ISWAP- to pay for the heinous crime of going after civilians.  It is our firm belief that other unrepentant terrorists will soon be doing escort duty for Amir Maina as they are dispatched from the face of the earth.

We therefore charge the military to fish out all the remnants of Boko Haram/ISWAP terrorists in the Lake Chad region dead or alive within the shortest period possible. The military should ensure that there is no terrorists spared in this round of operation against the terrorists to ensure that they do not have time to recover or ever regroup again.

Even if the terrorists should indicate interest in a ceasefire or peace talks such overture should be spurned by the military and the government since such had in the past turned out to be mere ploys by the terrorists to buy time, regroup, recruit new fighters and train them.

In CATE’s opinion, anyone or any organization that broaches the idea of ceasefire, peace talks or any suggestion that could potentially buy Boko Haram terrorists some moments of reprieve must seen  as an enemy of the state and enemy of Nigerians. These are individuals and entities that failed to demand that the terrorists abandon their evil ways and allow the people of the northeast live their lives in peace.

CATE is stating this because we have heard of plans by some individuals and some organizations so slow down the impending escalation of military actions against Boko Haram terrorists by rushing to offer themselves as peace brokers in order to corner the military into accepting a ceasefire. They will also request for the opening of humanitarian corridors for relief materials and safe passage for civilians, which in reality would be escape routes for terrorists that would be cornered in the impending offensive. Where these approaches fails, these persons and organizations will accuse the military of committing human right abuses by claiming that some of the terrorists to be killed in the operations are civilians.

Several foreign news networks have been placed on standby to publicize skewed versions of whichever of these plans is being implemented in order to draw international condemnation to the military operation to crush Boko Haram.

We urge the military, particularly the Nigerian Army, not to be deterred in the resolve to carry out Mr. President’s directive to flush all terrorists out of the Lake Chad Basin irrespective of what blackmail is directed at it.