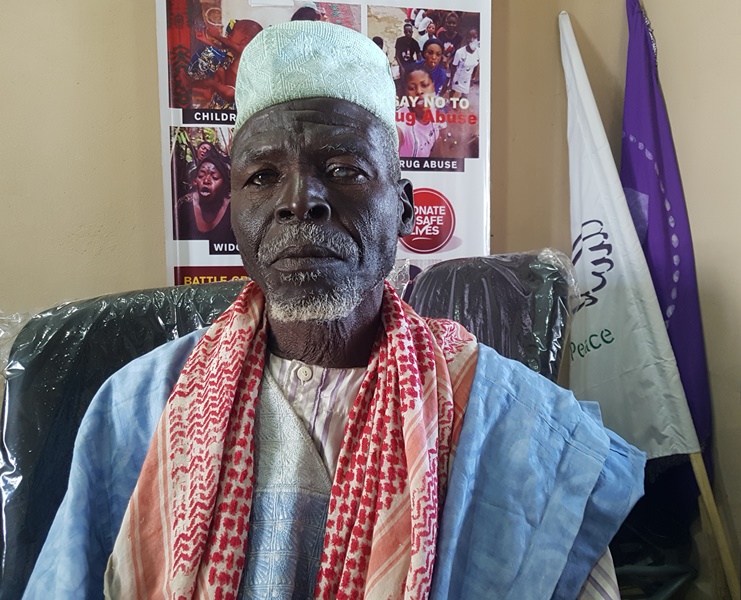 Malam Baba Modu, an 80 year-old father to a Boko Haram commander, popularly called ‘Ba-Ana’, has begged his son to surrender and embrace peace.

Modu made the call in an interview with the News Agency of Nigeria (NAN) on Wednesday in Maiduguri.

He said that he was unable to persuade his son to abandon the cause and surrender under the Federal Government’s Operation Safe Corridor.

Recounting his ordeal, Modu said his son was conscripted by the insurgents in 2012 at a farm in Dikwa Local Government Area of Borno.

“I lost hope of meeting my son after his abduction in the past seven years. One day, I met someone who told me that my son was alive and mentioned where I can find him.

”I was also told he is one of the commanders of the Albarnawi faction of the Boko Haram.

“I travelled to the shores of the Lake Chad to plead with Ba-Ana to surrender and embrace peace. It took me about one week to get to where I met him.

“When I arrived at the camp, I told them that I am the father of Ba’ana and after series of interrogations, they asked me to wait for him to return from a mission.

“Ba-Ana returned at night, he was marveled to see me, and when he heard my voice; he told his men that I am his father.

“I pleaded with him for about 30 days in a bid to convince him to lay down his arms and embrace peace, regrettably he did not heed my counsel.

“Ba-Ana confessed that he killed many people and believed that the authorities would not forgive his crimes. He also believed that he had committed his life in the course of God.

“I did not lose hope; I will continue to pray God to heal his soul and bring him back to me,“ he said.