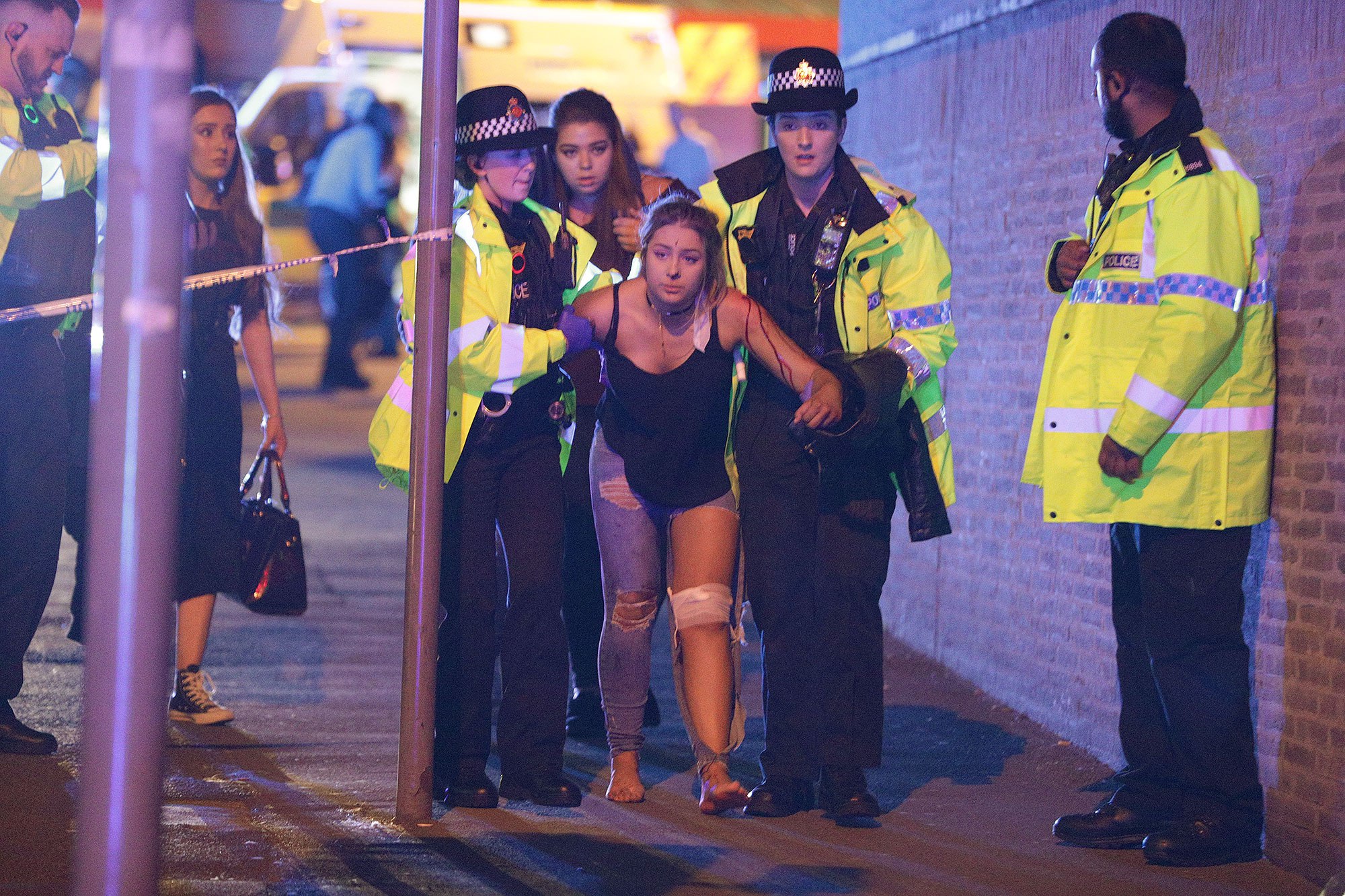 Mandatory Credit: Photo by Joel Goodman/LNP/REX/Shutterstock (8828037b) Police and other emergency services are seen near the Manchester Arena after reports of an explosion. Police have confirmed they are responding to an incident during an Ariana Grande concert at the venue. Reported Explosion at Manchester Arena, UK - 22 May 2017

At least 22 people were killed and about 59 others were injured in what British Prime Minister Theresa May called “an appalling attack” after an Ariana Grande concert Monday night at Manchester Arena in England, authorities said.

Greater Manchester Police said the incident was being treated as terrorism. A senior White House official told NBC News that President Donald Trump, who is on a visit to Jerusalem, had been briefed on the incident.

Police said the explosion took place outside the arena, which is near the Manchester Victoria transit station, as the concert ended at about 10:35 p.m. local time (5:35 p.m. ET), catching people as they exited.

Ian Hopkins, chief constable of the Greater Manchester Police, said investigators were coordinating with British intelligence. “This is clearly a very concerning time for everyone,” he said at a brief news conference early Tuesday. At a later press conference on Tuesday, Hopkins said that police believe the attack was carried out by one man who had an improvised explosive device and who also died in the bombing. He added that children were among those killed in the blast.

U.S. officials said initial reports indicated that some of the casualties might have been caused by a stampede of concert-goers.

“My thoughts are with the victims and the families of those affected in what is being treated by the police as an appalling terrorist attack,” May said in a brief statement.

A representative of Ariana Grande said the singer, who has millions of young fans around the world, was not hurt. Likewise, Bianca Landrieu, the Boston hiphop star known as Bia, who also performed, tweeted: “Guys we are okay!!!”

In a statement, Scooter Braun, Grande’s manager, thanked “Manchester’s first responders, who rushed towards danger to help save lives.”

“We ask all of you to hold the victims, their families and all those affected in your hearts and prayers,” he said.

All lines to Manchester Victoria station were closed, National Rail said in a statement. Northern Railway said the station had been evacuated.

Ivo Delgado, who attended the event, told NBC News that the concert had just ended when “I just heard a loud bang.”

All lines to Manchester Victoria station were closed, National Rail said in a statement. Northern Railway said the station had been evacuated.

Ivo Delgado, who attended the event, told NBC News that the concert had just ended when “I just heard a loud bang.”