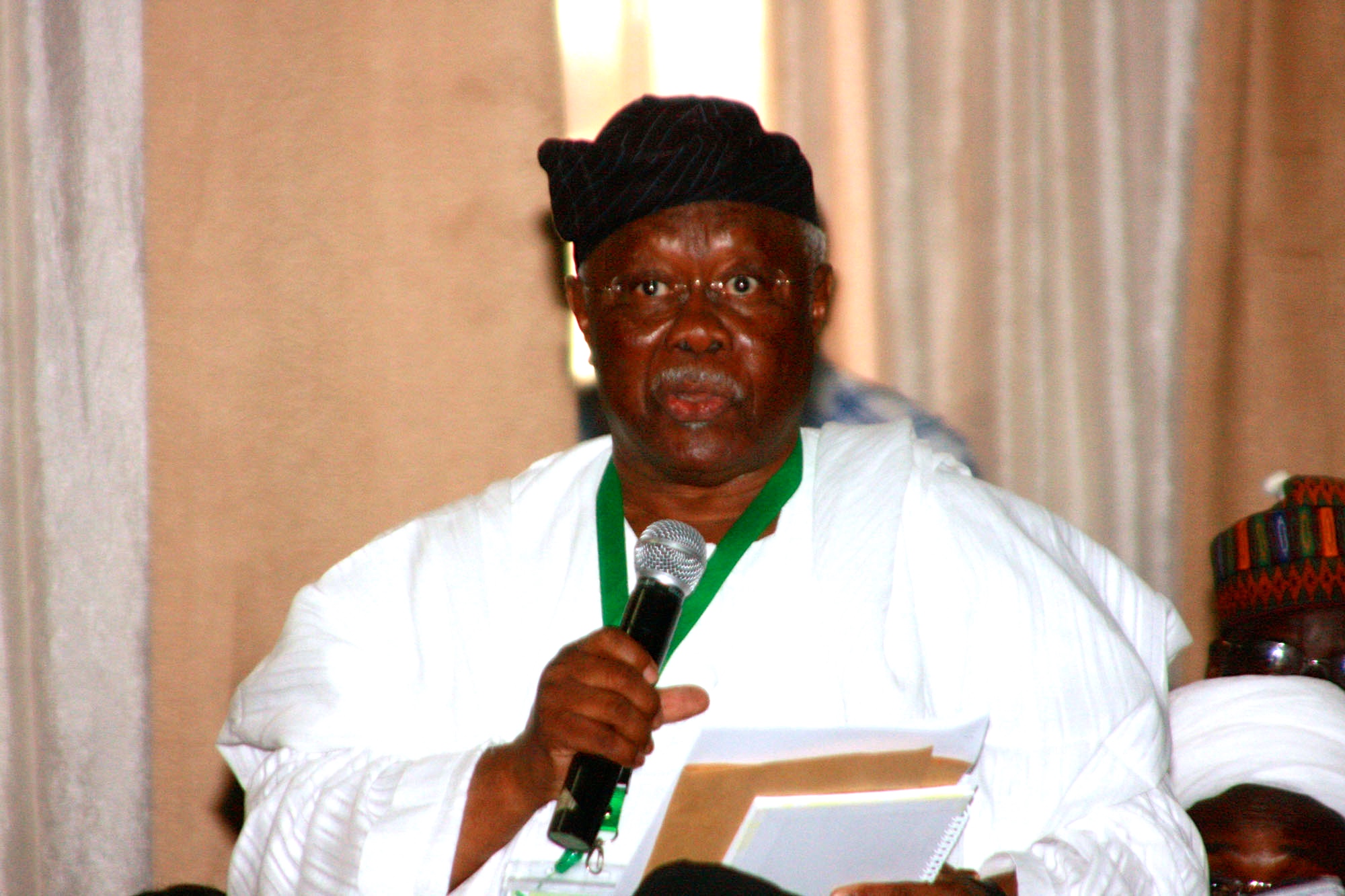 A former Deputy National Chairman of the Peoples Democratic Party (PDP), Chief Olabode George, has said that from the utterances of the party’s National Chairman, Senator Iyorchia Ayu, he is immature, Leadership reports.

George, who is also a former Military Governor of Ondo State, stated this on Thursday while inaugurating Omerelu internal roads in Ikwerre local government area of Rivers State, which were constructed by the Rivers State government.

He was reacting to Ayu’s recent interview on the BBC Hausa Service where he said those calling for his resignation as the national chairman of the PDP were making mere noise and that they were children when the party was founded.

George said: “You see and you hear when a serving National Chairman of our party is calling elected governors children. Does he think that children don’t grow or there is a life perpetual for him? We need to watch our language. It look to me that it is him that is premature.”

Meanwhile, the PDP chieftain stated that the All Progressives Congress (APC) led administration has negatively affected the fortunes of the country, adding that only restructuring will guarantee peace and security in the country.

George said: “The government of APC has negatively affected the fortunes of our nation. The only sector that is functioning in the APC government is the monumental corruption in the land.

“Since 2015, insecurity has been rising geometrically, thereby threatening the unity of the country. Today, Nigeria, the most populous black nation in the world is at a cross road.

“If our country is also restructured economically, no Commissioner of Finance will be going to Abuja every month to collect remittance in the name of monthly allocation.

“There is no nation in the world that becomes prosperous without becoming industrialized. Industrialization is only achievable in the nation if there is constant power supply. In the last three months, the national grid has collapsed for more than three times but the national greed of the APC government has not collapsed.

“If this country is restructured equitably, the current revenue formula, which the federal government collects 52 percent of centrally collected revenue through the federation account, leaving states with 26.6 percent’s and local government areas with 24.3 percent.

“Even the so-called fight against corruption is being guided by blind loyalty to their cronies and not in the interest of the Federal Republic of Nigeria. Nigerians are tired and are waiting for our party in 2023.

“To have an egalitarian society, restructuring is the answer. We want Nigeria to survive as a nation and that is why we are agitating that Nigeria must be restructured.”