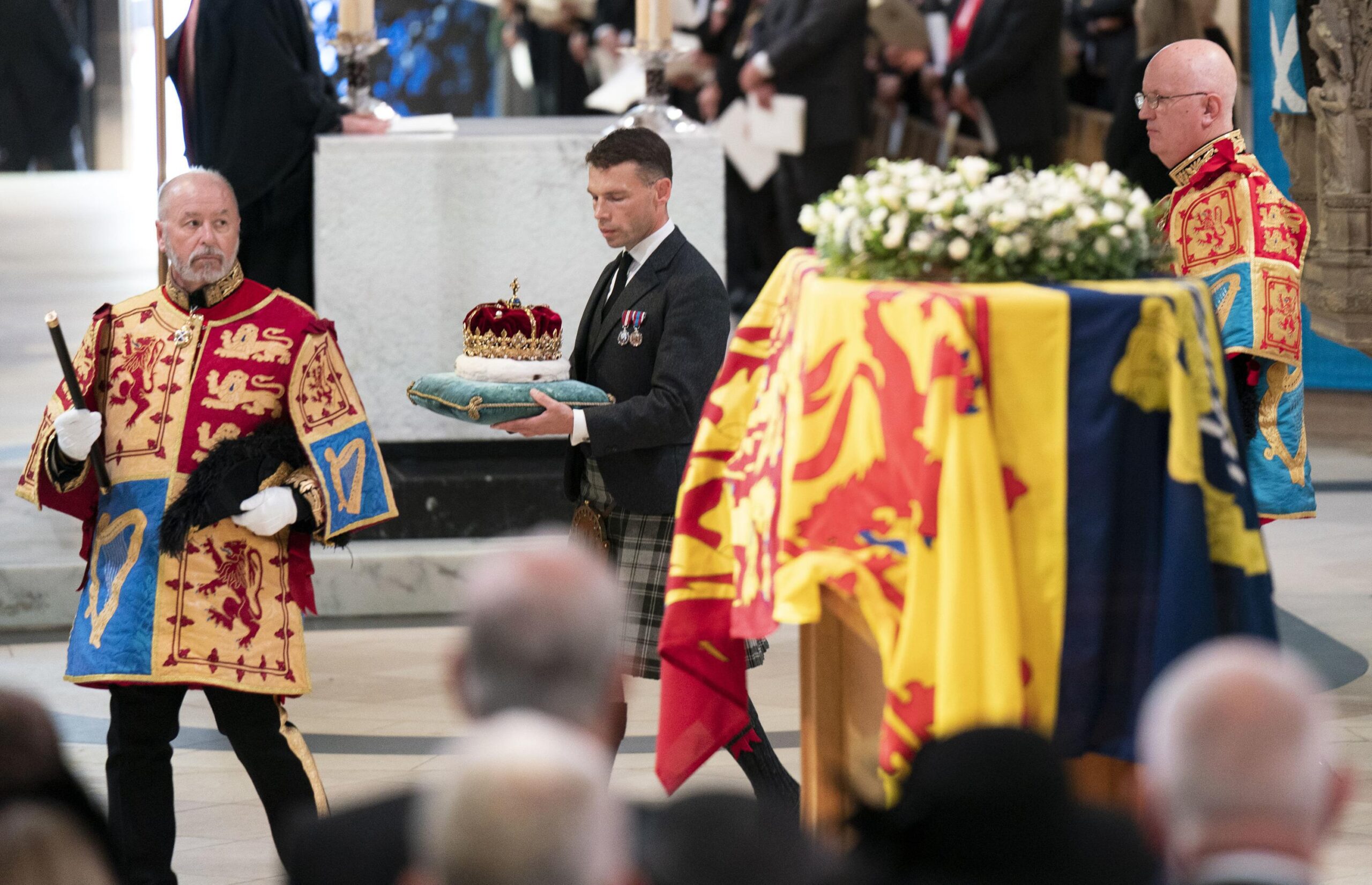 Queen Elizabeth II left Buckingham Palace on Wednesday for the final time as her coffin began its journey to Westminster Hall, where the late monarch will lie in state.

The queen’s coffin, draped in the royal standard and topped with the Imperial State Crown, was borne on a horse-drawn gun carriage out of the front gates of her London residence at 2.22 pm.