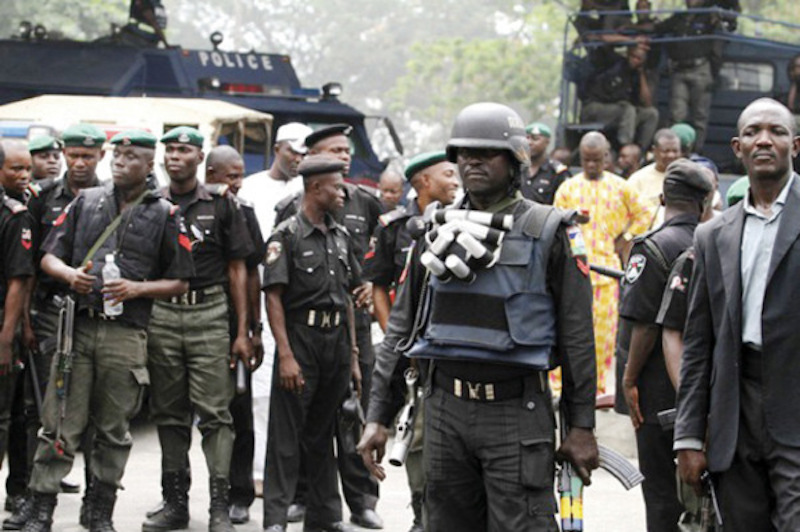 On Friday, July 12, 2019 Mrs. Funke Olakunrin, daughter of the Chairman of Afenifere, a Yoruba Pan-National group Chief Reuben Fasoranti was murdered by suspected herders on the Lagos-Benin expressway. The unfortunate murder of Mrs. Olakunrin awakened most Nigerians who had hitherto thought insecurity was only limited to terrorism in the North. While insecurity is a global challenge, the problem is escalating in Nigeria with kidnappings across the South and farmers/herders’ clashes in the Middle-Belt. According to Vanguard Newspaper, over 320 Nigerians were killed in January 2020 by Boko-Haram, Bandits and herdsmen.

Several factors have been cited as responsible for insecurity in Nigeria. First is the twin problem of unemployment and poverty. There is an African proverb which states that “an idle hand is the devil’s workshop”. According to the National Bureau of Statistics (NBS) the Youth unemployment rate in Nigeria averaged at 23.63 per cent from 2014 until 2018. With 43 per cent of Nigerians living under $1.9/day, this huge pool of poor and idle hands aids several acts threatening the peace of the nation. Mohammed Yusuf, the founder of Boko-Haram terrorist group who used religious extremism and hate messages to amass followership achieved this through this large pool of unemployed youths.

Second, Nigeria’s endemic corruption and poor administration of justice breeds impunity, which results in insecurity. The delay in the trial of corrupt senior government officials and influential citizens who allegedly abuse the law and the light sentences eventually received for grievous offences emboldens hapless citizens to take the law into their hands. Nigeria has arguably become a soft state, a term coined by Professor Galal Amin to describe states that pass laws but do not enforce them. This failure of the state, witnessed every day in Nigeria, also engenders corruption.

Third, as Max Weber famously stated in 1918, the state must possess the monopoly of legitimate violence. Unfortunately, Nigeria’s security agencies are ill-equipped, poorly trained and undermanned, and thus unable to enforce law and order. The inability of government to suppress and bring to book perpetrators of violence against the state encourages other non-state actors like Boko-Haram to push unrealistic and nefarious demands, which results in a cycle of violence and insecurity.

Fourth, environmental issues like the shrinkage of Lake Chad contribute to insecurity. The Lake area which was home to about 50 million people between 1963 and 2013 shrank from 25,000 km to 2,500km. The resultant drought has increased the migration of herders from the North to the South in search of green pasture and water and thus subsequently escalating herders/farmers clashesacross the country.

Whereas there is no silver bullet to fix these issues, the situation can, however, be ameliorated with adequate political will to push through the following solutions and reforms.

First, education is a useful tool to lift people out of poverty and in the fight against extremism and bigotry. In The Atlas of Economic Complexity, the authors established the nexus between a country’s education level and its prosperity. However, the authors compared Uganda and India, two countries with similar levels of average formal education but distinct levels of economic complexity and concluded that an indirect relationship exists between what a country produces and what her people learn in schools. Hence, to increase Nigeria’s productive knowledge, we must revise educational curriculums and, prioritize and invest in vocational and technical education to equip citizens with skills to compete and be gainfully employed in the labour intensive low-technology manufacturing industries.

Second, government must address corruption by increasing the capacity of anti-corruption agencies like the Economic and Financial Crimes Commission and Independent Corrupt Practices and other related offences Commission and making them independent of political institutions. Furthermore, government must increase the capacity of judiciary and quality of judges to more expeditiously and fairly administer justice. Going forward, government must not reward bad behaviors. The granting of amnesty and pardon to Niger Delta militants and Boko-Haram members should stop. A review of the security situation in the country has shown that this policy is at best counterproductive, and at worst, it has failed. In addition, individuals renowned for making inciting statements capable of threatening the peace of the nation must face the full wrath of the law.

Third, a total overhaul of the nation’s security system is long overdue. The efforts of Southwest governors through Amotekun Security network should be replicated across all regions of federation. These regional outfits can address smaller issues like thefts, communal crisis, violence against women, among others while the Nigerian Police Force tackle higher crimes like kidnapping and armed violence. This will improve the effectiveness of the Police and further strengthen security in the country. Furthermore, government have to equip federal security agencies to possess the monopoly of legitimate violence.

Fourth, to address the continuous shrinkage of the Lake Chad, the federal government of Nigeria must work with Lake Chad countries and international partners to conserve the lake. This is necessary to halt the migration of herders down south and prevent a civil war. In Syria, a food and water crisis morphed into a civil war that has left thousands dead and millions displaced in Syria and across the Middle East.

Fifth, further reform of the electoral process is needed to discourage the use of armed thugs as such arms and ammunitions are used to terrorize Nigerians after elections. In addition, the capacity of INEC and the Police to bright offenders to justice needs to be improved upon.

Lastly, government at all levels must make deliberate efforts to fix the economy, equip citizens with the tools to go as far as their efforts can take them and provide equal opportunities for all. Eradicating absolute poverty and reducing unemployment will help in securing the nation.

Adesina Tosin Nathaniel writes from Amuwo-Odofin, Lagos. He can be contacted through his email: adesinatosin1@gmail.com