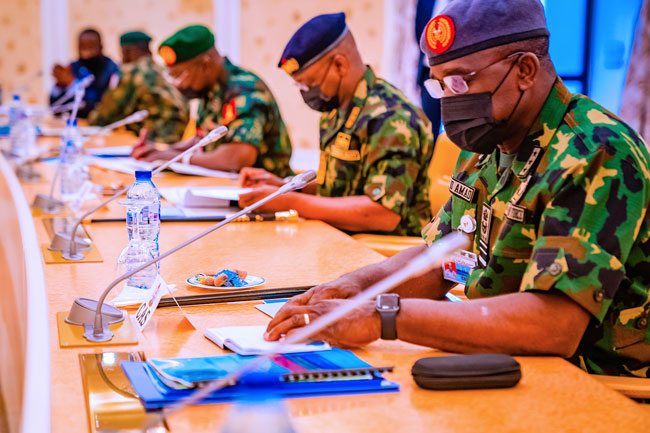 The leadership of the Senate is currently in a meeting with Heads of Security Agencies.

The meeting started a few minutes past 2.00 pm at the Senate Wing National Assembly Complex on Wednessday.

Recall that the Opposition lawmakers had given the President Muhammadu Buhari, a six-week ultimatum to resolve insecurity in the country or face impeachment.