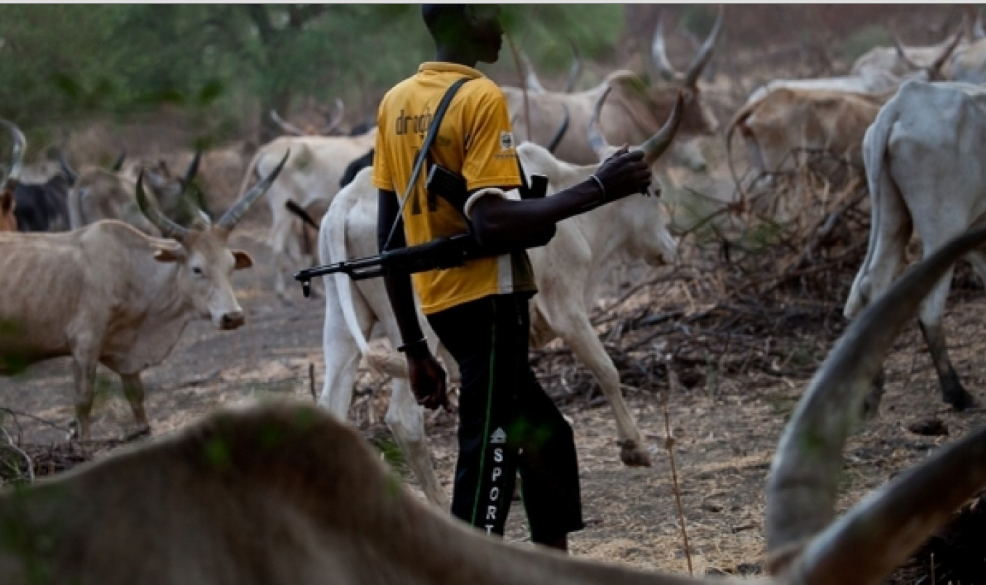 There is tension in farming communities in Benue State following the sighting of about 4000 cows and Fulani herdsmen in some parts of the state.

The herdsmen and their cattle were reportedly seen in Guma, Kwande, Agatu and Ayilamo areas of the state.

The areas have come under sustained attack by suspected herdsmen which led to the killing of over 1000 persons, a development that drew international  condemnation.

The herdsmen carrying AK 47 are camped in some parts of Ado Local Government Area which shares a boundary with Ebonyi State.

Residents in these areas who pleaded anonymity told journalists that the presence of the large herds of cattle has caused tension, and that  some people have started relocating to other areas.

The residents told The Nation that the herdsmen menacingly displayed their weapons as their cattle grazed on farmlands and destroyed crops.

Chief Press Secretary  (CPS) to Governor Samuel Ortom, Mr. Terver Akase said yesterday, noting that some enemies of the state were behind the massive movement of herdsmen to destabilise the gtate government.

Akase did not mention those  enemies of the state.

He said, “We suspect that the influx of armed herdsmen with their cattle into Benue State is a move by some persons who are enemies of the state. But herdsmen themselves should remember that there is a law in Benue State which prohibits open grazing of livestock and any of them who violate this law, which is very clear, such a person irrespective of his tribe, would be sanctioned according to the law.

“Nobody is above the law, the law is not the respecter of a person and whoever wants to do livestock business in Benue should remember that there is a law in place which regulates the practice of animal husbandry. We want to tell the herdsmen who are coming with their large cattle that Benue has a law and it is very clear.”

“Even those who are in the camp, a lot of them have gone home and then suddenly, someone made public statement, inviting herdsmen, telling them that Benue is free land for them to do open grazing. It’s quite unfortunate, but we wish to inform those people that they would face sanctions if they violate the law of the land”, he reiterated.

“As I speak with you the adviser on security, the police commissioner and other security agents have gone there. Remember, the Operation Whirl Stroke are still on ground in Benue State and the security adviser based on the governor’s directives, is in constant contact with these people to make sure law and order is maintained in the State”, Akase stated.