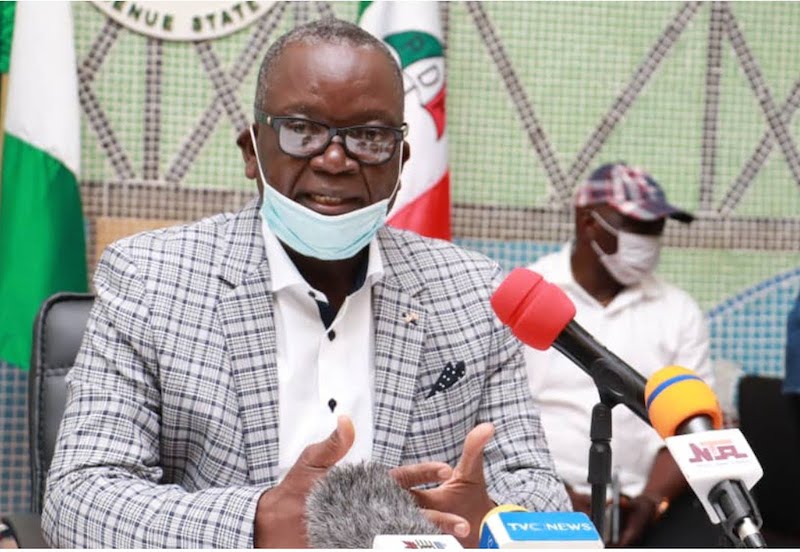 Benue State Governor, Samuel Ortom, on Wednesday, apologised to Nigerians over his comments which were viewed as anti-Fulani, Punch reports.

Ortom, while hosting aggrieved governors of the Peoples Democratic Party, under the umbrella of ‘G-5 Governors’ comprising Nyesom Wike (Rivers); Okezie Ikpeazu (Abia); Seyi Makinde (Oyo) and Ifeanyi Ugwuanyi (Enugu) at the Government House, Makurdi had lamented last week’s killing of 18 people in his local government, saying: “To hell with Atiku and anyone supporting him. They should go and tell him. You want me to be a slave for a Fulani. It’s better I die. Anybody supporting Atiku is an enemy of Benue.

“My people are being killed and you want me to be quiet. My tenure ends in May and you can do whatever you want if you think you have the powers. I have written my will. When I gave it to my wife, she cried all night. If I die at 62, many of my mates have gone a long time ago and If I die today, I’m a fulfilled person but let it be recorded that I died resisting the invasion and killing of my people.

“I will never support a Fulani man to become president. If there is another person who is ready to work with me and ensure the security of my people, I will work with him.”

But speaking when the G-5 governors visited Bauchi State governor, Bala Mohammed, on Wednesday at the Ramat House, Ortom said he was sorry for all who felt offended by his comments.

Ortom, who was asked by journalists after their meeting in Bauchi if he still stood by his comments, said: “That was not what I meant when I was captured saying that. But all the same, I know that it would amount to logical fallacy if people had taken it the way I did.

“But I want to say to those who were offended by my remarks, I didn’t mean that, I’m sorry about it.”