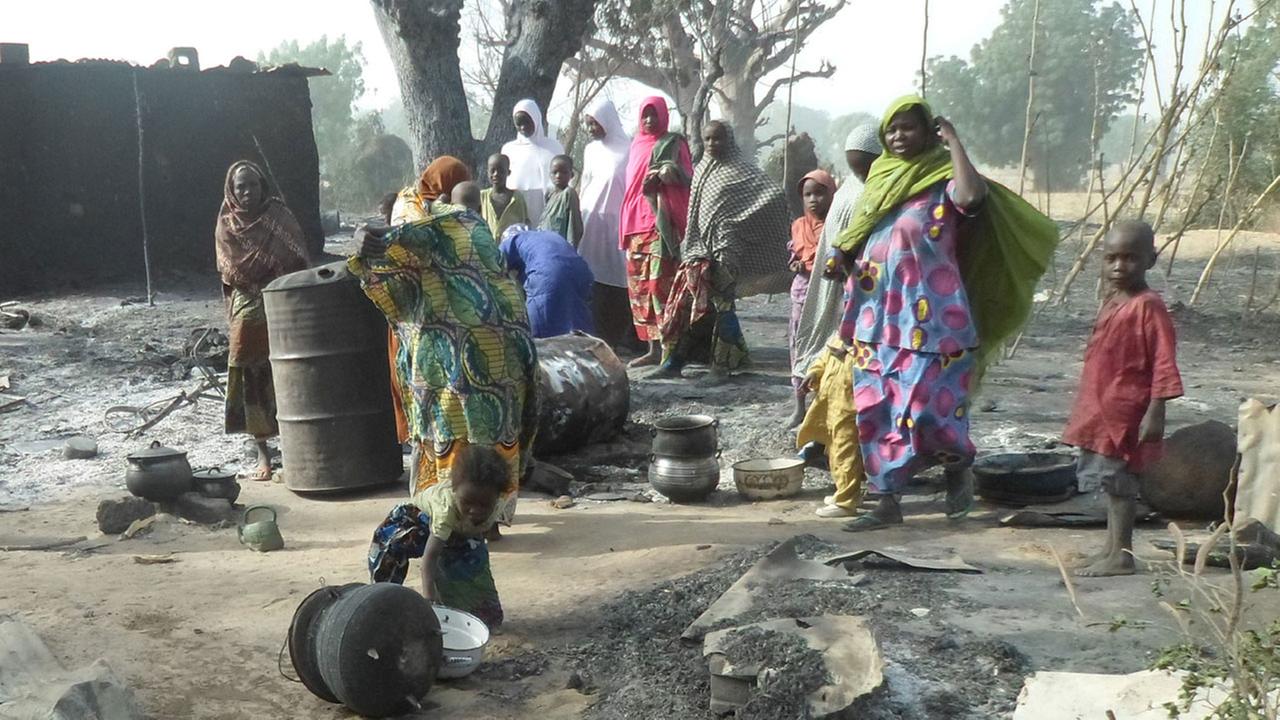 Britain is not doing enough to help northern Nigeria, where millions of people have had their lives ruined by the Islamic militant group Boko Haram.

The gap between Nigeria’s poor and conflict-stricken north and more prosperous south could widen, a report by the international development committee said (pdf).

Nigeria went through its first democratic transfer of power last year amid conflict with Boko Haram and a collapsing economy, and the parliamentary watchdog’s review of Britain’s Department for International Development (DfID) programme in Nigeria said it had directly contributed to a credible, fair and peaceful election.

However, it said more attention should be paid to fighting corruption in the security sector, improving education and changing the approach to unemployment, to address issues in north-east that led to the rise of the group that has killed tens of thousands of people and displaced millions.

Poverty reduction should be central to everything DfID does, said Stephen Twigg, chairman of the committee, adding that with DfID carrying out several major internal reviews this year, and in the wake of the seismic changes in the British government, it was an “opportune moment” for the report’s publication.

“We are urging DfID to ensure that its aid and development work in Nigeria going forward needs to have at its heart poverty reduction, and one of those aspects is the regional inequality within the country and how that can be dealt with,” he said. “I accept that security and conflict have become more significant factors … [but] within that, resources should be prioritised towards poverty.”

Nigeria has received a fraction of the humanitarian support that DfID has given to other crises, the report said. Syria, for example, received $635m in 2015 compared with Nigeria’s $6m. The UK has however announced an extra $42m in humanitarian aid to Nigeria over the next three years – money meant particularly for refugees.

But more long-term development is needed to stop young men joining groups like Boko Haram in the first place, including improving employment chances.

The private sector, which is much stronger in southern Nigeria, has been relied on too heavily for this, according to Kate Meagher, from the London School of Economics.

“In the context of historically low levels of western education, the encouragement of private sector-led strategies of employment generation have exacerbated regional inequalities between northern and southern Nigeria,” she told the report’s authors. “Private sector processes of economic inclusion are selective, and that means that northern youth are being left ever farther behind.”

In particular, the report said, DfID doesn’t understand the informal employment sector, where most Nigerians work, adding that the committee had been told this was one of the big weaknesses in DfID’s programming.

On education, the report said neither the Nigerian government nor DfID seem to recognise the severity of the shortage of teachers and textbooks, noting again that education is worse in the north.

DfID is warning that Nigeria is “unlikely to achieve” the sustainable development goal on education by 2030, even though the goals were only set last year.

DfID is also failing to fight corruption in the security sector, according to the report. It said the army had to deal with many soldiers deserting because they were disillusioned with the state. “There were even reports that whole units are selling weapons, intelligence, and even their services to Boko Haram,” the report said, quoting Transparency International.

Attacks by Boko Haram in south-east Niger have created a humanitarian crisis. Lucy Lamble visited the country’s Diffa region to speak to people displaced by the violence and investigate relief efforts

The report suggests DfID could tackle military corruption, drawing on its success supporting the petroleum industries bill, which was designed to stem graft in the oil and gas sector and which is awaiting approval by the Nigerian parliament.

The report made no mention of President Muhammadu Buhari’s plea to Britain to help Nigeria claw back the billions allegedly stolen and hidden in London banks under Buhari’s predecessor, Goodluck Jonathan.

According to Ibrahim Mahu, Nigeria’s anti-corruption chief, $37bn in assets stolen from Nigeria in 2014 and 2015 was routed through London.

“We desperately need action to stop tax havens fuelling the twin scourges of tax dodging and corruption, which leave public services like schools and hospitals starved of funding,” Atuluku said.

“Nigeria has signed up to new rules to publicly reveal who owns [non-trading] shell companies. The UK government should demand the same level of transparency from British overseas tax havens so that Nigerian campaigners can track down the money being siphoned out of the country.”

Twigg said the report would have addressed Britain’s responsibility to take action, but that it had been written before Buhari made his comments.