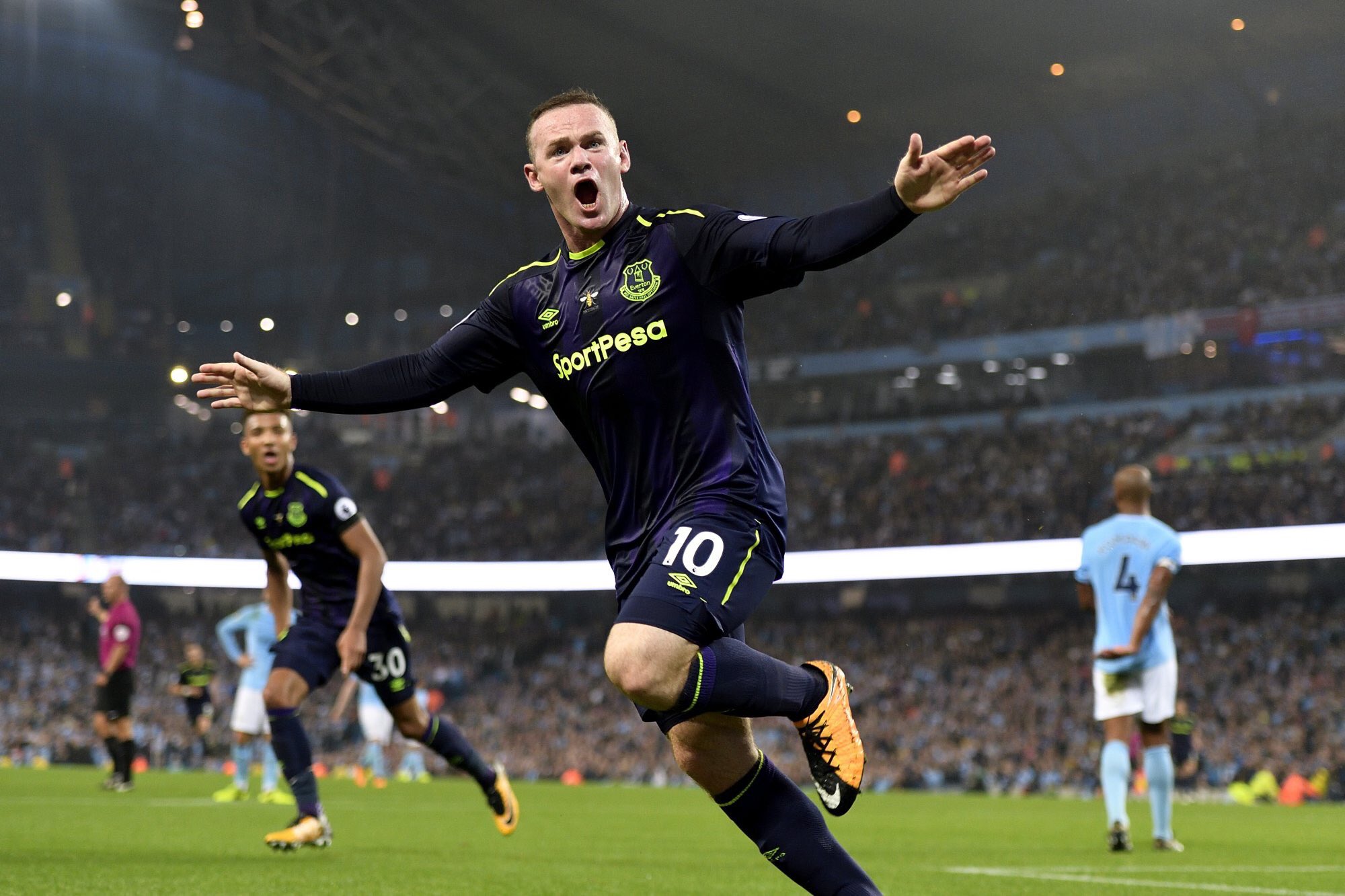 Wayne Rooney has become just the second player to net 200 goals in the Premier League with his strike against Manchester City on Monday night.

Rooney opened the scoring for Everton at the Etihad Stadium before fellow England international Raheem Sterling equalised for City. The game ended 1-1.

Both sides finished the match with ten men though, as City’s Kyle Walker received two yellow cards in the first half, and Everton’s Morgan Schneiderlin also picked up two yellows.

The only player to have scored more goals than Rooney in the Premier League is Newcastle legend Alan Shearer.

The Match of the Day pundit holds the all-time record of 260 goals.