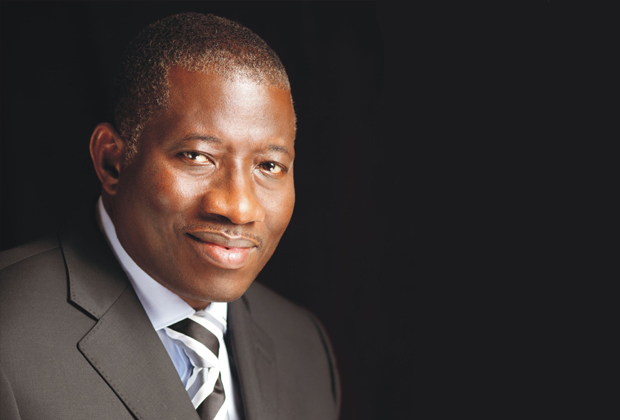 During the December 31st Service of 2014, my Revd Chris Oyakhilome after declaring 2015 as “The Year of Triumph” for us – had in the closing hours of the service – in the early hours of 2015 taken time out to pray for “Nigeria” – he had exhorted that “Despite all the tension in the land, the coming elections which a few months away would be PEACEFUL despite all the tensions in the land” – to this, our brethren, all around the world had shouted a resounding “AMEN.”

But if you were living in Nigeria in December 2014, you would have agreed that indeed, it took a lot of faith to say that Amen considering the counter-threats and counter reports of oncoming war, Many wondered after my pastor had prayed. How would these things be?

Alas, the prophecy of my man of God came to pass – the MIRACLE the nation needed was A PHONE CALL – one placed (despite all entreaties by many around him as we later discovered by the then President Goodluck Jonathan to the now President Buhari – and Alleluia, the nation had peace – this man allowed GOD to use him to let Nigeria have peace.

How many times, in the Biblical days; and thereafter have nations had leaders that shunned God’s entreaties? Leaders that allowed the devil to take over their minds with bitterness, pride, and arrogance “daring for the nation to burn” just so they can have their way – it is important to discuss this because some analyst [who apparently are unfamiliar with the revelations of a faithful God] said “Goodluck Jonathan had no option; what would he have done? America would have moved against him.”

What all of these leaders have in common is they all had no option but they created an option for themselves. The option was to see their countries go down in flames as they also go down – they were not going to be alive to see the nation continue without being the ones at the helm of affairs.

So what they did was stay put while the nation was consumed even if they have to die while that happens. These were leaders who must have their own way and no longer cared how many more lives went ‘down the drain’ with them, to them, once the nation can burn down along with them, the nation would have also come to realize that the citizens therein that moved against them made a mistake by doing so. Because the cost of removing them would probably outweigh that of ‘continuing to manage them if they had been allowed to remain in office’. As their nation goes on to lose thousands or even millions of lives – and probably spend the next couple of years to recover from the imbroglio or ensuing war.

That was the story in Gbagbo’s Ivory Coast; and even though there has been another election cycle after his arrest – 4 years after, the nation remains quite polarized along those lines. That remains the story today in Ghaddafi’s Libya – even though he died 4 years ago – even the mighty US paid part of the price by losing their ambassador that was killed in the middle of the resulting tensions. Today, Libya is one of the modern homes of ‘Islamic terrorists.’

Saddam Hussein was removed from office in 2003 [and hanged three years later] – that was 13 years ago – nevertheless, Iraq remains a war zone, even today. It took Germany decades to recover from Hitler – leading to the nation splitting into two for another 50 or so years – before being reunified again.

People who are not good students of history have a nasty and profane way of attempting to water-down the acts done “men of peace” who chose to not go in the direction of some other ‘villains’ before them. In Nigeria, some said “Goodluck Jonathan would have had the support of his own local communities, if he chose to take that route of the villain; that he would have had the support 12 million people that voted for him urging him on; that some global powers could have even aligned with him. In fact, till this date, some of his supporters insist that Goodluck was a “mumu” for accepting to be rigged out by Jega.

I worked quite closely around the GEJ ‘s Campaign. I received a barrage of phone calls from his supporter community immediately Jonathan placed the historic phone call that saved thousands, if not millions of lives. Several of the phone calls asked why a commander-in-chief of the armed forces would allow give up after being rigged out. If you recall, within minutes of that phone call, I also did a very well circulated opinion editorial titled, I Equally Conceded The Polls To Buhari And Congratulated Him Therein“. It was an article that shocked many of my online followers because I was one of the most vocal opposition figures to General Muhammadu Buhari’s candidacy. But, for me, I am first a Christian, before I am a politician. The Word of God matters more to me than Aso Rock.

A hierarchy member of the People’s Democratic Party (PDP) called me the morning after the historic phone call. He said, “We are planning to take to the streets of Abuja. How could Jonathan place such a phoen call? When he knew we have evidence against Jega and his rigging machine? Join us to march on the street. By the way, did you write that article? It was premature. But, I told him like I told others, the man who should be most pained has heeded the voice of God. I could only imagine that some of my fellow GEJites, would have thought I was compromised by the All Progressives Congress (APC). They were aware that was not paid to work for the Goodluck Jonathan campaign.

On this first day of 2016, I pray to God in the name of Jesus Christ “to raise new leaders for Nigeria – and Africa that would treasure the peace and prosperity of their nations beyond their own personal interest for power, fame, influence, and wealth”.

I congratulate the esteemed Editorial Board of The Trent for recognising and celebrating the rare quality in Dr. Goodluck Jonathan, former President of Nigeria (2010 – 2015) and naming him the Person Of The Year 2015. I wish to add my voice to theirs and say that Jonathan is my personal person of 2015 because if he had not headed counsel – the counsel of God – and placed that phone call conceding defeat to Buhari, the forces of “taking power in Nigeria by all means” would probably have plunged this country to war. We probably would have been entering 2016 in turmoil and not the current – peaceful hardship we “enjoy” today.

I pray for GEJ and his family this first day of 2016 and say pray that the peace they helped Nigeria secure would be spread abroad in their own lives.

Favour Afolabi is a political commentator. He runs fbablogs.com in his spare time; and owns a real estate brokerage services company. He tweets via @favourafolabi.

Former Governor of Niger State Babangida Aliyu has said some northerners made it difficult for former President Goodluck Jonathan to defeat Boko Haram. In...