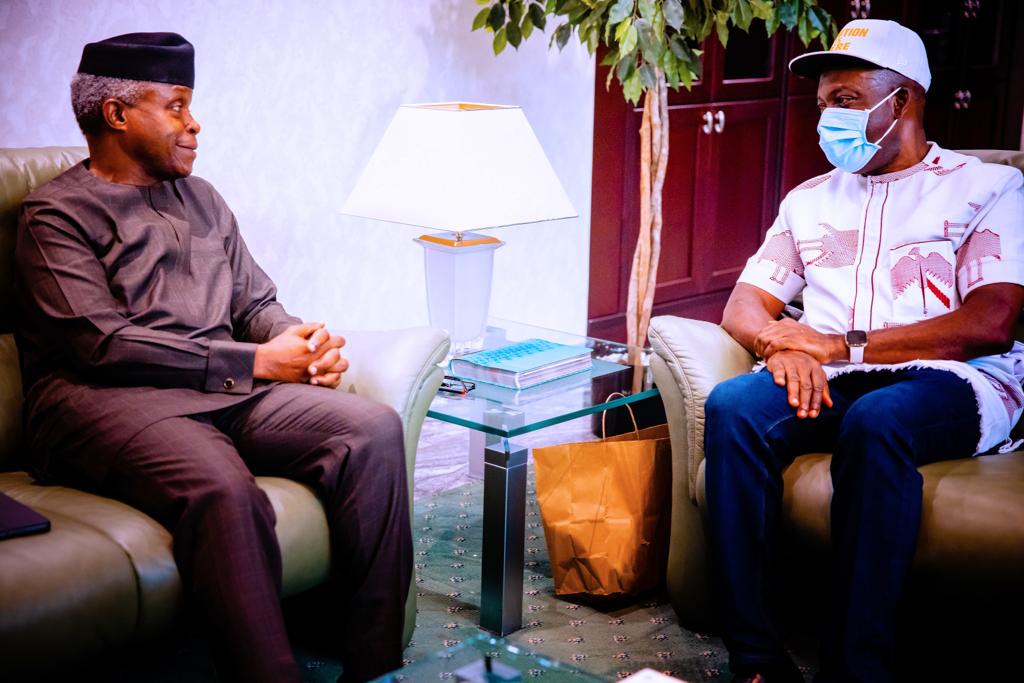 Anambra State governor, Charles Soludo has called on the Federal Government and other development partners to come to the rescue of his state, lamenting that between 30 to 40 percent of its land
is threatened by erosion and other ecological problems, The Sun reports.

Soludo stated this, yesterday, while fielding questions from State House Correspondents, after meeting with Vice President Yemi Osinbajo at the Presidential Villa, Abuja.

The governor said erosion had become a state of emergency in his state and that even the state’s entire budget for 10 consecutive years would not be enough to remedy the situation.

He said only an immediate intervention from the Federal Government and development partners could save the situation.

The governor said the state government had launched steps to increase environmental awareness among the people, with the goal of limiting factors that exacerbate the erosion problem.

“The environment is our number one existential threat, other than security Anambra is the erosion capital of Nigeria. Perhaps, you might know that about 30 per cent to 40 per cent of our land is under threat of erosion, there’s no other state like Anambra, when it comes to erosion. Even last week, somewhere between Ezinhifite/Osumenyin Road was cut off again and several … Huge gullies everywhere; Obosi, Oko, Nanka, Aguolo, everywhere, there’s erosion menace.

“Like I said, while our land- mass is shrinking massively due to erosion and so on, it’s far, far beyond the capacity of a state government to deal with. Even if you were to sink the entire budget of the state into dealing with the gully erosion in the state, even if you were to sink all of them for the next ten years, it will still be like a drop in the ocean.

“This is an area where the state government wishes to partner effectively with the Federal Government and
the development partners to deal with that. It is a state of emergency, with regard to erosion. And of course, we’re also promoting this concept of responsible citizenship on the part of our people, to be able to take some responsible steps.”

Speaking on the security situation in his state, Soludo said Anambra ranked among the five to 10 most secure states in the country, adding that most of the criminal rings in the state had been degraded as camps of kidnappers other organised criminal gangs had been uprooted.

“On daily basis there used to be kidnappings, killings and so on. There were more than 15 camps all over in the southern senatorial zone plus Ogbaru and I think they have been uprooted from those places. Anambra is relatively peaceful.”

On the disappearance of Labour Party’s governorship candidate in last election in the state, Mr. Obiora Agbasimalo, Soludo said security agencies are digging deeper into the case.

Governor of Anambra State, Professor Charles Soludo, has disclosed that the state government is owing pensioners in the state a sum of N14 billion,...