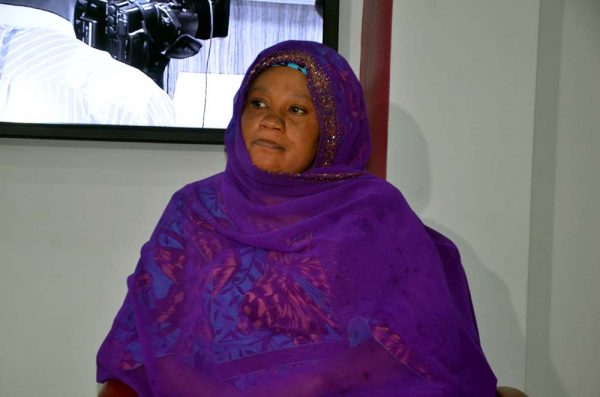 Chicason Group, a technology-driven company, has explained how Alexander Okafor, its chief executive office, got involved with Amina Mohammed, suspected impersonator of Aisha Buhari, wife of the president.

The statement said Okafor started dealing with Mohammed after a traditional ruler informed him of the sale of some landed property in Ikoyi, Lagos.

The statement said Okafor paid N150m for one of the two plots of land he was asked to buy but Mohammed failed to tender the documents for the property.

Read the statement below:

Due to the need to keep the record straight, we at Chicason Group deem it necessary to explain what transpired between our organisation and the lady known as Amina Mohammed (also known as Amina Villa), who was paraded recently by the Department of State Services.

Sometime in July 2017, a traditional ruler approached the Chairman/CEO of Chicason Group of Companies, Chief (Dr) Alexander Chika Okafor, KSC, OON, and informed him that the property beside Chief Okafor’s residence in Ikoyi, Lagos, made up of 2 plots belonging to the Court of Appeal, was up for sale by the Federal Government Implementation Committee on disposal of FG Landed Property. The Royal Father said that he would have applied for it but was short of funds, but asked Chief Okafor to apply for it. He gave Chief Okafor the forms to fill for the property.

Although the Chairman of Chicason Group had NEVER bought any property from the Federal Government, he decided to give this a try because of the seemingly trusted source. He got the forms filled for the two plots through two companies under the Chicason Group: Cason Travels Ltd and Uslasiya Nigeria Ltd.

Two weeks after, he received a call from a lady, who was identified by Truecaller as “Amina Villa.” She introduced herself as the sister of the First Lady. The lady said that some people brought the application forms by our companies to her sister to assist in the procurement of the property. Amina Villa said her sister asked her to confirm that the identity of the owners of the companies used in the forms was genuine.

Subsequently, Amina Villa visited the Abuja office of the Chicason Group for confirmation and promised to fix a meeting with her sister upon her availability.

On a later date she called Chief Okafor and said she had arranged a meeting for him at the Villa with the First Lady. By the time he arrived the Villa in the evening for the meeting, his details were already in the system as an expected visitor. His biometrics was taken and he was cleared. Amina received him and took him to the First Lady’s lounge where someone offered him water. But he wondered why the lounge was so quiet and bereft of the expected human activity. Amina apologised that the First Lady had to travel for the lesser hajj that morning and that was why she made frantic effort for Chief Okafor to meet the First Lady the previous day. On hearing that the First Lady was not around, Chief Okafor left the Villa immediately.

On the landed property, Amina said each of the plots of the property was officially up for sale at 150 million naira. She asked that since Chief Okafor was always travelling, that he should give her the money, so that she could pay promptly from the account she controls and be in charge of the transaction, to make it seamless.

Chief Okafor said he would pay for one plot first, and would pay for the second after the first had been approved and documents released to him. He asked for the account details and went on to make the payment totalling 150 million naira.

At no stage of the conversation was the issue of bribery mentioned. We have with us all the telephone and WhatsApp messages of the exchanges. Our Chairman insisted that an account number be provided, before making any payment. No reasonable person would pay a bride into a bank account using his corporate or personal bank account. The only thing mentioned by Amina was that she would be paid a commission at the successful completion of the transaction, which is normal in property transactions.

Few months after the payment, the traditional ruler confirmed to our Chairman that the documents were out. Amina also confirmed that there was an approval for the allocation of the plot to our company and that she had the document. She then asked for a commission of twenty million naira but Chief Okafor insisted on documentary evidence of the approval to be made available to him before releasing the commission. It was from that point that the hide-and-seek started, with excuses made each day why the document could not be presented.

After months of hide-and-seek from Amina, our Chairman decided to contact officials at the Presidential Villa to report the matter. He was asked to write a formal petition. The petition led to the scrutiny of all the ladies working for the First Lady to identify her, but none was Amina. The matter was referred to the DSS, who tracked her and invited her. She initially denied having any property transaction with Chicason Group but later confessed and acknowledged collecting the money for the property purchase when some evidence was presented to her.

The matter is being handled by the DSS, and we are waiting for the result from their investigation. That was why we kept quiet all this while.

However, this press release was necessitated by the need to ensure that the image of our organization and the integrity of our Chairman, Chief (Dr) Alexander Chika Okafor, OON, are not tarnished through the presentation of inaccurate account of the event.

When Mohammed was quizzed by the DSS, she had named Babachir Lawal, former secretary to the government of the federation (SGF), and one Moriyatu, said to be a sister to Aisha Buhari, as her alleged accomplices.

The Chief Judge of the Federal High Court, Justice John Tsoho, has declined an application by the Department of State Services (DSS) to arrest...

Petrol Hits N310 Per Liter In Kano Amid Scarcity

The pump price of petrol is now N310 per litre in Kano State amid prolonged scarcity of which has led to suffering among the...