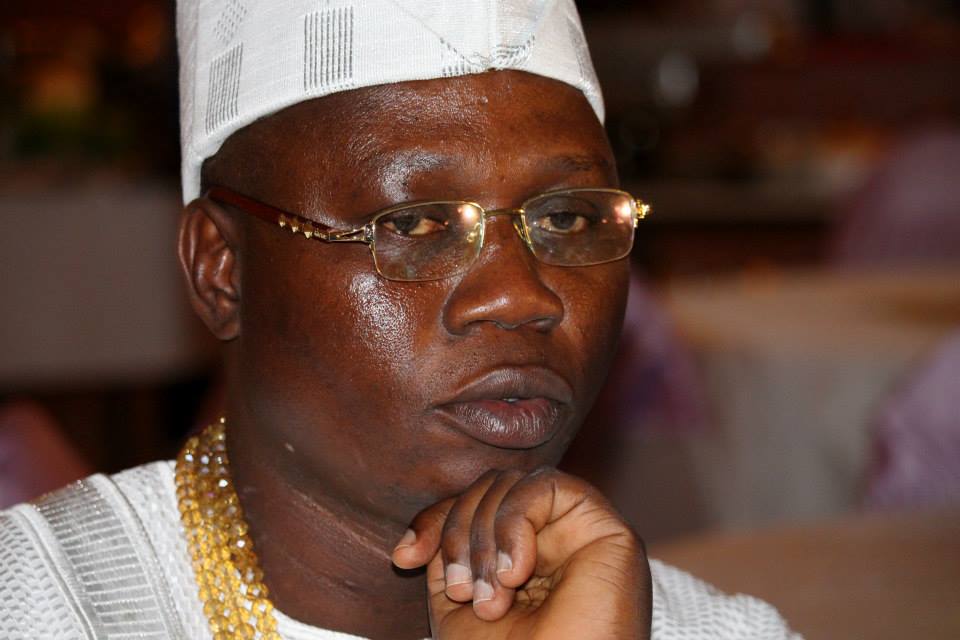 National Leader of the Odua People’s Congress (OPC), Otunba Gani Adams has denied allegations by some members of his group that he collected the sum of $22 million from late Libyan President, Muammar Gaddafi, N9 billion from former President of Nigeria, Goodluck Jonathan and N1.6 billion from former Minister of State, Defence, Musiliu Obanikoro, Vanguard reports.

He also denied that he disrespected Yoruba traditional rulers or acted against the laws of the land.

It will be recalled that some former State Coordinators of the group were recently dismissed from the Congress for acts bordering on indiscipline, anti-congress activities and outright corruption. The expelled State Coordinators include Maruff Olanrewaju Salami of Kwara State as well as Chief Adeagbo Musediq and Rotimi Akinsonwon Oyo and Ondo coordinators respectively. The members, who accused Adams of financial immodesty, also called on the EFCC to investigate some aides of Adams such as Ogunshola Olugbade and Femi Felix, who they referred to as his ‘fronts.’ He explained that he had never set his foot on the soil of Libya, neither had he met late Gaddafi or his agent at any time.

“Let me state here that when this issue first came up, I took it upon myself to write a petition to the State Security Service, SSS, informing them of the allegation and pleading with the Service to help investigate its source in order to get to the root of the matter.

“As I speak with you, I am still awaiting the response to my petition. Having said that, I want to once again plead with the SSS to, as a matter of urgency, make sure that these people who made these grievous allegations against me are made to prove the source of their allegations, and if they are not able to do so, then they should be made to face the law.

“It is important to explain this, because, by my understanding, it is more than four years now that the Libyan leader died. They should explain what the money was meant for and how it was sent to me. Such huge amount of money could not be transferred to an individual secretly, so they need to explain how I received the money”, he said.

On the N9 billion, he said he had earlier been accused by the then APC Spokesperson, Lai Mohammed, that, former President Jonathan gave him N9 billion as payment for the pipeline surveillance contract and support for election.

According to him, “It is on record that we have not received any money from the government as payment for the pipeline contract. Such allegation coming from a person who today occupies the office of the nation’s Minister of Information is rather unfortunate and sad.”