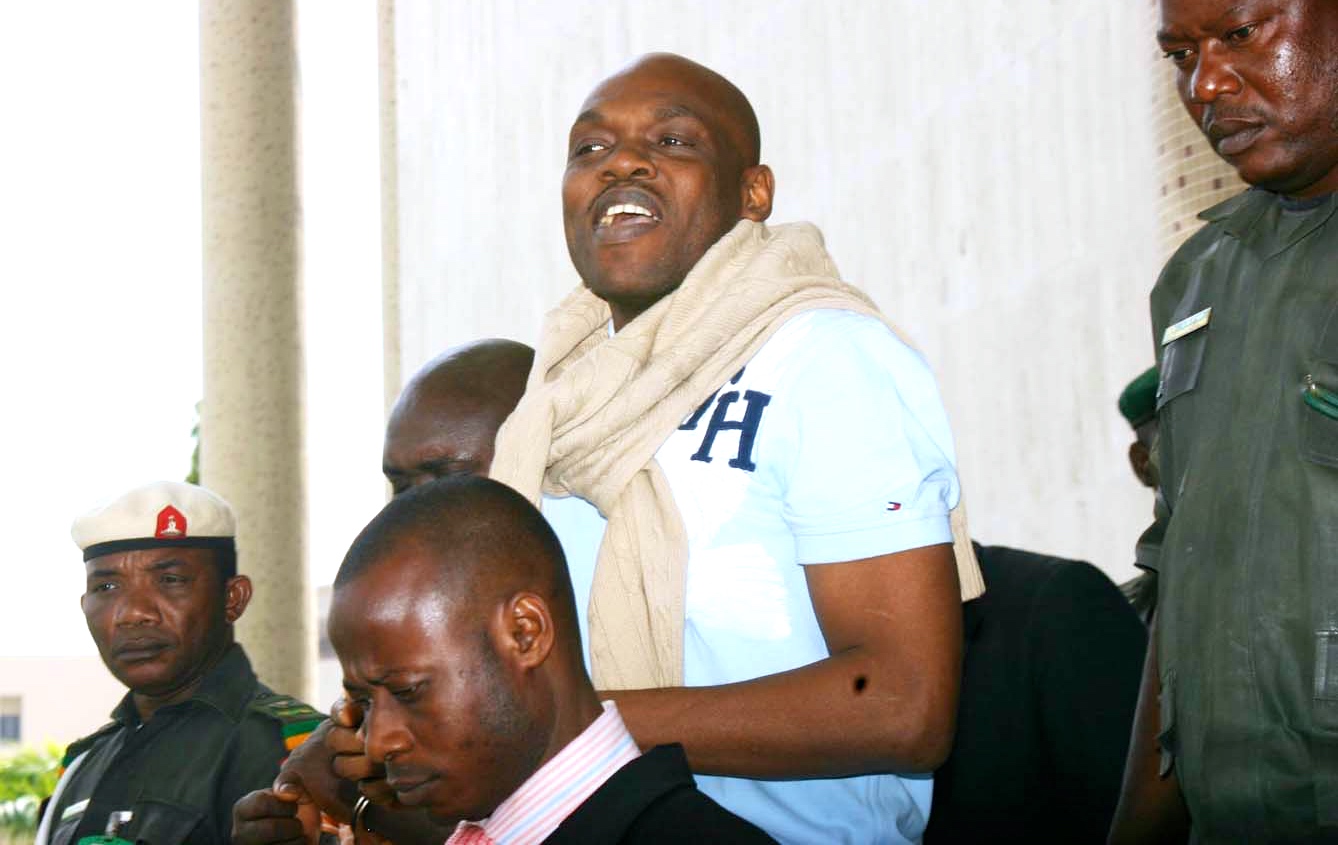 The leader of the defunct Movement for the Emancipation of the Niger Delta, Henry Okah, who is currently serving a jail term in South Africa for terrorism, has accused former President Goodluck Jonathan of fabricating evidence against him.

Okah, who lamented his incarceration, also rejected the judgment of a South African court which recently turned down his appeals, saying he had instructed his lawyers to appeal his conviction at the International Court of Justice.

In a statement personally signed by the former MEND leader and made available by the spokesman for the group, Jomo Gbomo, through an electronic mail on Wednesday, Okah alleged that former President Jonathan worked with South African officials to fabricate the evidence that nailed him.

The South Africa’s Constitutional Court had on Friday upheld a 24-year prison sentence for Okah.

Okah was jailed in 2013 for masterminding a number of attacks, including twin bombings which killed 12 people in Abuja during the Independence Day celebrations in 2010.

But reacting to the judgment, Okah said, “I totally disagree with the ruling of the South African Constitutional Court, which ruling sidestepped pertinent questions posed to the court by my legal representatives and have therefore instructed my lawyers to seek redress at the International Court of Justice.

“My lawyers are in complete agreement with my position on the ruling by the South Africa’s highest court in this matter.”

He described the ruling of the apex South African court as establishing the country as the “policeman” of Africa. The MEND leader also described the country’s courts as the satellite courts for foreign governments involved in civil conflict with their civilian population.

He said, “Every Nigerian is aware that I am imprisoned in South Africa at the insistence of the Nigerian government in cahoots with western nations plundering the resources of the Niger Delta.”

He called on Nigerians to vote out corrupt and criminal leaders, saying, “It’s incumbent on all Nigerians for our sake, the sake of our children and of those to come to rise up with one voice and resist the corrupt and less than mediocre leadership of our country by criminals who have since independence continued to auction the resources of Nigeria and the freedom of its people.

“The injustice in Nigeria is not limited to Niger Delta as that region is but a microcosm of the deplorable state of a country. A united Nigeria possesses the potential to ascend to great heights under good leadership. We must all unite to reject selfish attempts by individuals or sectors of our society to fragment our country,” the statement added.