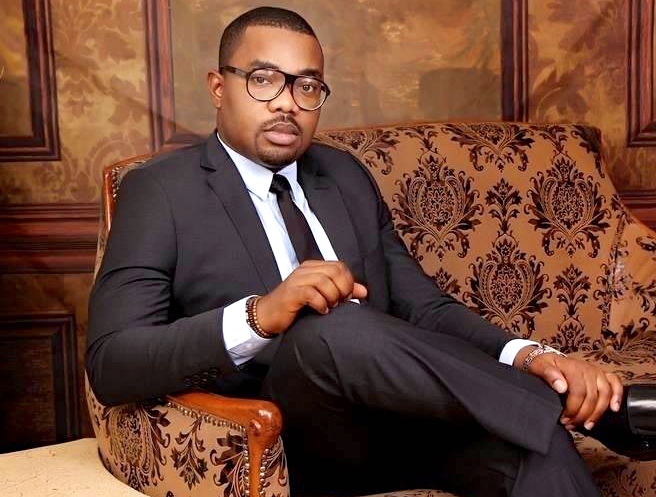 The Senior Special Assistant to the Senate President Bukola Saraki on Youth and Student Matters, Barrister Ikenga Imo Ugochinyere has been reportedly arrested by the Department of State Security, his family says.

Ikenga, who is also the president of the National Youth Council of Nigeria, NYCN was said to have been detained by the DSS after his invitation to the office by the Assistant Director of Internal Security.

A statement by Ikenga’s brother Obinna Ikeagwuonu informing the public of the detention read:

Information at our disposal has it that Ikenga informed his family of his invitation to the office of the DSS, yesterday (monday) by 10:00hrs on the call of the Assistant Director Internal Security.He has not been seen nor heard from since the time he entered the premises of the DSS. Every attempt by his family, lawyers and personal physician to have access to him have been resisted by the security outfit.

Ikenga is the President of the National Youth Council of Nigeria and also Senior Special Assistant to the Senate President on Youth and Students Matters and the family has been withstanding immense pressure while assuring and reassuring Nigerian youths who are calling from all over the country enquiring about the welfare of their President. We have limits to our strength to withstand this pressure if Nigeria youths want to approach the State and demand for the whereabouts of their President.

We make this statement to inform the world that Ikenga is in the custody of the Department of State Services, detained illegally and against his will and for the world to know who to hold responsible should anything happen to Ikenga.

According to Vanguard, Obinna also said that unofficial information reaching the family confirmed that the Youth Leader is being interrogated on a petition against him by the Minister of Youth and Sports, Barrister Solomon Dalung after he was indefinitely suspended from the Board of the NYCN.

Vanguard also reports that Dalung, in the petition said that Ikenga had called on President Buhari to summarily sack him (Dalung) as minister.

“If truly this is one of the questions for which he is illegally detained without access to food, water, legal and medical assistance, then that is impunity at the highest level and we condemn it.

“Ikenga we are informed has not been shown any petition so far. Ikenga is a law abiding citizen who has approached the Courts in defence of his mandate that Solomon Dalung has severally boasted he will snatch from Ikenga. His lawyers have initiated contempt proceedings against Mr. Dalung and instead of the Minister to go to Court; he is using his office and institutions of State to attempt to intimidate Ikenga,” Obinna said.

A former Minister of Youth and Sports, Solomon Dalung, has said that the ruling All Progressive Congress (APC) has not performed to the expectations...