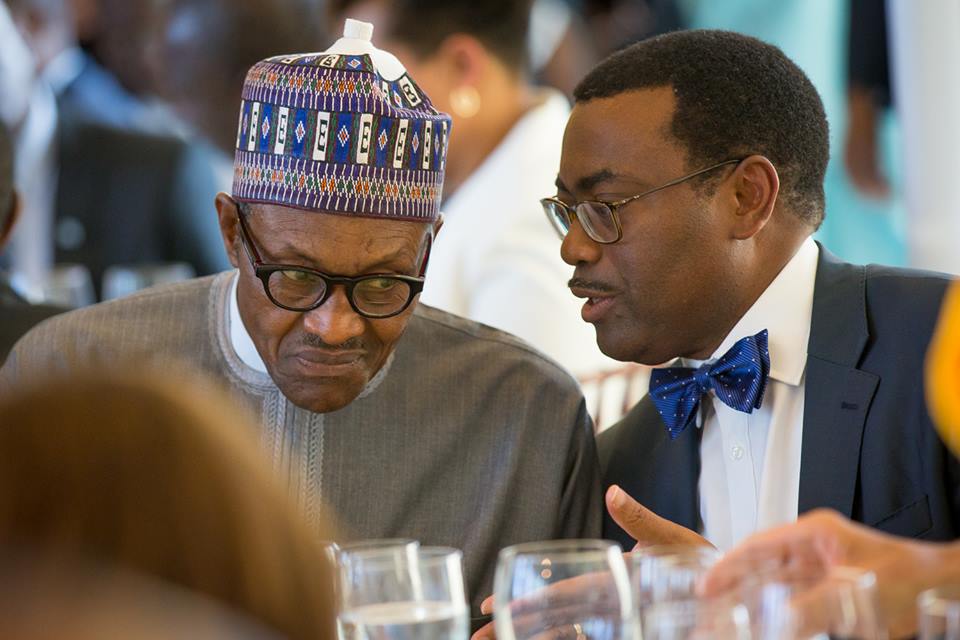 The United Nations Secretary-General, Antonio Guterres, has accepted to co-chair a special session to raise $50 billion to fund inter-basin water transfer to revive the Lake Chad.

President of the African Development Bank (AfDB), Dr. Akinwunmi Adesina, disclosed this when he visited President Muhammadu Buhari on Tuesday in Abuja.

He conveyed the response of the UN Secretary-General to President Buhari’s earlier letter during a meeting with the Nigerian leader at the Presidential Villa.

Addressing State House correspondents after the meeting, Dr. Adesina thanked President Buhari for his support, without which he said he would not have been AfDB President.

He also acknowledged the progress being made in Nigeria’s economy while listing the achievements of the bank in the country since his presidency.

The Presidency also confirmed the acceptance of Mr. Guterres in a statement by the Senior Special Assistant to the President on Media and Publicity, Mr. Garba Shehu.

Shehu said the President welcomed the acceptance of the UN chief, noting that such a special forum was necessary, in view of the size of capital required for the project which was unavailable to the Lake Chad Basin countries.

Addressing issues directly related to the AfDB, the President was delighted with successes recorded in the four years of Dr. Adesina’s tenure at the bank.

President Buhari specifically cited the Bank’s contribution to the growth of Nigeria’s agriculture and infrastructure, and commended what he called “its critical gesture in 2016 during the difficult period of economic recession through the issuance of USD600 million budget support facility.”

He used the occasion to highlight the successes achieved by his administration through the implementation of the Economic Recovery and Growth Plan (ERGP).

The President stressed that his focus would continue to be on diversifying the economy and making it more inclusive, as well as the creation of jobs in critical sectors like the Information Communication Technology (ICT) and manufacturing.

He disclosed that a lot was being achieved in providing guaranteed off-takers for farmers, and in the provision of infrastructure that included airports, rail, roads, and waterways.

President Buhari, however, said, “We still have significant work ahead in the provision of power, small scale cottage industries and promotion of the agro-industrial zones coming up in the country.”

He then asked for ADB’s continued support in this regard.