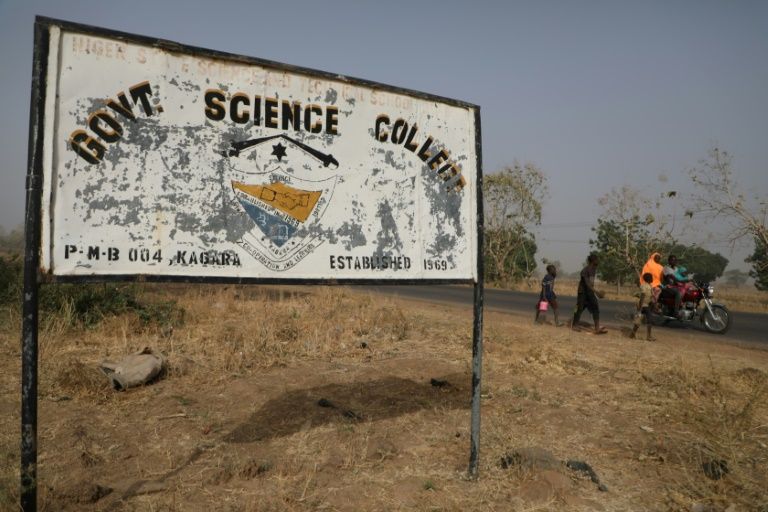 Abductors of the 27 students and 15 workers of Government Science College, Kagara, Niger State,  have threatened to starve them to death if the ransom they are demanding is not paid on time.

One of the abductors stated this in an audio recording made available to newsmen on Wednesday by a prominent Islamic cleric,  Sheik Ahmad Gumi.

In the audio recording, the abductor, who spoke in Hausa, was heard conversing with a negotiator, identified by Gumi as a top official of the school.

He rejected N2.7m offered him as ransom for the 27 abductees. The bandit stated, “I don’t have food for them. If anybody dies among them, we will tell you where to go and pick the corpse.

“You know these children are hungry. I don’t have food to give them, only water if they are going to die, let them die.” The negotiator said it would be difficult for him to get the phone numbers of all the parents as requested by the bandits.

The bandit responded that he was aware that many security agents and vehicles had been deployed in Kagara, vowing they would not succeed in rescuing the abductees.

He asked,  “You think I don’t know what you people are doing? I can tell you how many security vehicles are in Kagara as we speak.

“It is with the help of the people of the city that intruders can overrun the city. Don’t you know that? The person who gave us this business is there among you. He is there with you. Wherever you go, he is watching you. If you want to do this deal, go ahead. From God we come and to him we will return

“Even if you put together the entire security forces of Nigeria in Kagara, I have eyes all over Kagara. Whichever step you take in Nigeria, I swear,  I will know. You people are saying they should not pay us, that if they pay us, we will use to money to buy weapons.  With whose money did we buy our weapons? If we don’t have weapons, you will just send security agents to kill us and take the children.”

But the abductor rejected the offer threatening to unleash terror on Kagara.

He also berated governors, who said they should not be paid ransom.

He added, “Governors are saying we should not be given money because we are going to use it to buy guns; guns that Allah provides and you are boasting about.

A combined team of the military and the police has killed scores of bandits/terrorists and set free 20 abducted villagers in Magama local government...