The Super Eagles of Nigeria were forced to a 1-1 draw in their international friendly match against Brazil on Sunday at the National Stadium in Singapore.

A few minutes into the game, Lille forward Victor Osimhen attempted to grab a lead for Nigeria with a shot on target but was saved by Brazilian goalkeeper Ederson Moraes.

The Eagles continued a good job by containing the South American side in the early minutes of the match while controlling the pace.

Brazil also made an attempt with a beautiful header by Gabriel Jesus while goalkeeper Francis Uzoho was quick to save the Eagles.

The game became more interesting for thousands of Nigerians watching when Rangers midfielder Joe Aribo set the Super Eagles on the lead.

Aribo made with a brilliant finish after making his way through Brazilian defenders and fired past goalkeeper Moraes in the 35th minute, thanks to efforts from the duo of Lille and Nantes forward, Victor Osimhen and Moses Simon.

The Super Eagles shared a video of the goal on its verified Twitter handle. 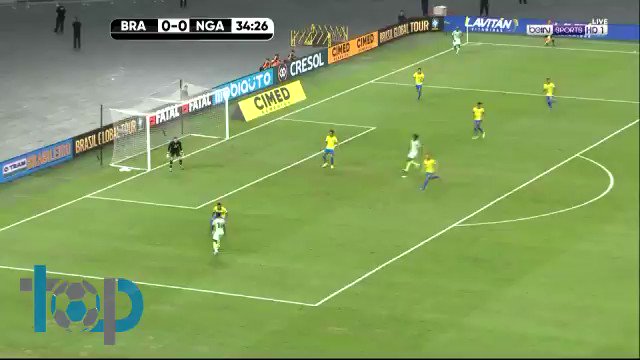 Nigeria sustained the tempo with the 1-0 scoreline which lasted till the end of the first half.

However, Brazilian forward Casemiro cut short the expectations of Nigerians who were optimistic that the Eagles would win the match.

Barely three minutes after the restart, the Real Madrid midfielder denied the Super Eagles victory with an equaliser.

On the other hand, Osimhen missed a chance of putting Nigeria on the lead again in the 52nd minute.

The 20-year-old headed on target from Villarreal midfielder Samuel Chukwueze’s cross but was promptly saved by Moraes.

While the match was ongoing, Maduka Okoye made his debut as he replaced injured Francis Uzoho while Paul Onuachu came in for Osimhen.

Okorocha Warms Up For 2023 Presidential Race

US Advises Citizens Against Travel to Russia: State Dept