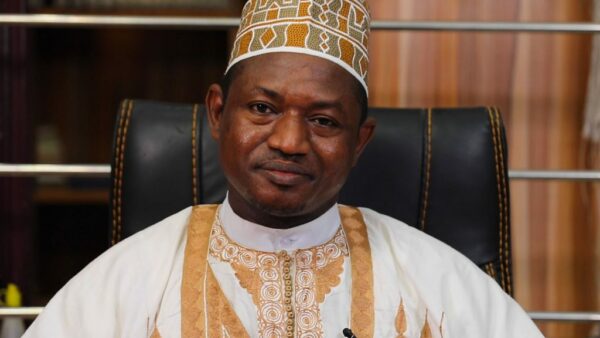 A Kano-based lawyer Barr Dalhatu Shehu-Usman has been accused of collecting N2million to bribe the presiding judge of an Upper Shari’a Court Kano in the trial of an Islamic cleric, Sheikh Abduljabar Nasiru Kabara for blasphemy, Leadership reports.

Kabara is facing a four-count charges bordering on blasphemous comments against Prophet Muhammad (PBUH) on Aug.10, Oct.25 and Dec.20, 2019

At the resumed sitting, Shehu-Usman, who was represented by Mr Muhammad Lawan, in his prayers urged the court to allow the defendant adopt his final written addresses himself.

The defendant, in adopting his final written addresses dated and filed September 20, urged the court to dismiss the case filed by the Kano State Government against him and order the state government to apologise to him.

“I urge the court to adopt the written addresses as my argument in this case as evidence and my audio preachings.

Kabara also told the court that the lawyer assigned to defend him by the court collected the sum of N2 million in order to bribe the judge.

“My lawyer came to the Prison and told me that the judge ordered him to collect the said N2million to discharge and acquit him.