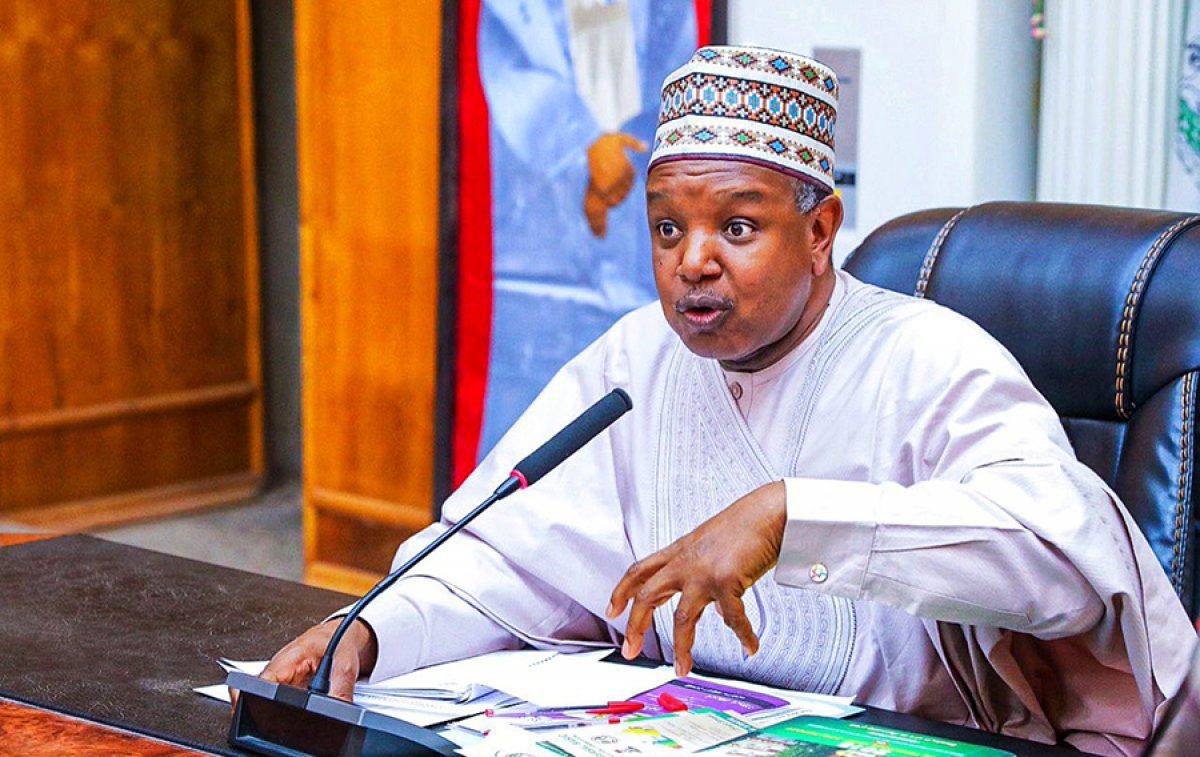 The Chairman of the Progressive Governors’ Forum (PGF) and Governor of Kebbi State, Atiku Bagudu, has said the crisis of dissent and differences of opinion in the ruling All Progressives Congress (APC) won’t affect the fortunes of the party.

He said this on Wednesday while speaking to State House reporters at the Presidential Villa, Abuja.

Bagudu said the current disagreements among members of the party would eventually bring out the best and help to move society forward, Daily Trust reports.

Bagudu noted that the party, under the current caretaker leadership, has been swelling in size with the arrival of more members, including serving governors and federal legislators despite the observed disagreements.

“We have been a party that recognizes that there will never be one voice and we don’t pray that there will be one voice. We pray that people should be able to express themselves, bring different ideas, even when they conflict with ideas within the systems. In democracy, you sit and iron them out.

“To suggest that because there is dissent or differences in opinion, that it will affect the fortunes of our party, I think that is quite far-fetched.

“We are a party that recognizes that for us to continue to deliver, we must debate, we must compete, and we must bring ideas to government,” he said.

The governor, while speaking on a recent attack in his state, advised Nigerians to be cautious about security issues.

In this article:APC, Atiku Bagudu, Nigeria