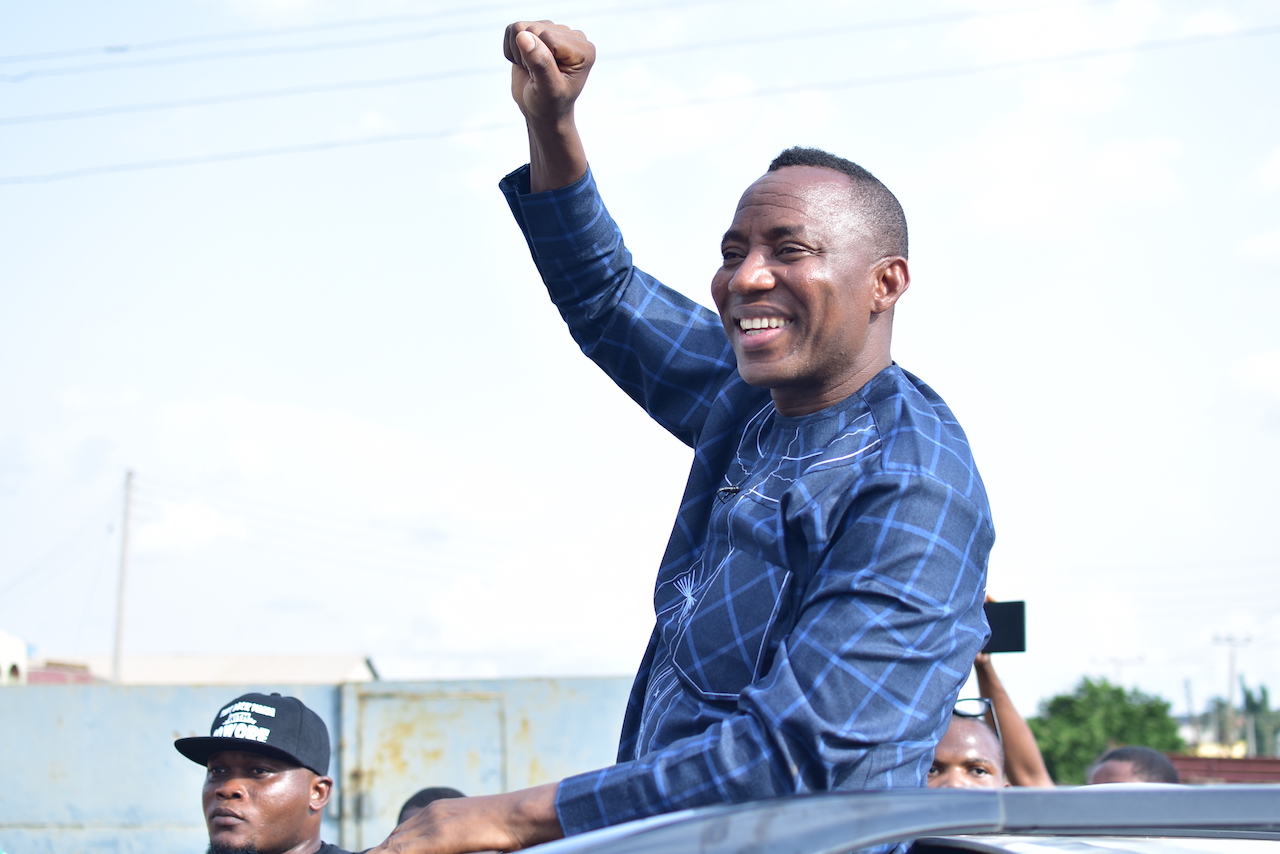 The Department of State Services (DSS) has released the convener of the Revolution Now protest, Omoyele Sowore and his co-defendant, Olawale Bakare.

They were released at exactly 7:15 pm on Thursday, hours after Justice Ijeoma Ojukwu of the Federal High Court in Abuja, had expressed displeasure over their continued detention by the agency.

Subsequently, Ojukwu ordered that the defendants be released within the next 24 hours and adjourned the case till Friday, December 6, for a report of compliance.

However, before the expiration of the order, they were both released to their lawyer, Mr Femi Falana, whom the agency had earlier said was not the right person to release the defendants to.

According to a lawyer in Falana’s chambers, Marshal Abubakar, the defendants were released at 7.15 pm on Thursday.

It would be recalled that the DSS lawyer, Hassan Liman (SAN) had assured journalists shortly after the court session on Thursday morning that his client would comply with the order of the court.

“I want to say once again that the DSS has not at any time refused or failed to comply with the court order. What we have done today is to go a step further to say that the DSS no longer wants Mr. Sowore in their custody,” Liman had said.

“Definitely when somebody is granted bail he will be released to the main person that has served as his surety. Nobody, I repeat has gone to the DSS to take Mr. Sowore and co. on bail.

“The court has made an order to release them forthwith. But the DSS has not at anytime, refused to comply with court order. And that is why the DSS filed an application today that they no longer want them in their custody.

“The court has adjourned till tomorrow for us to report whether or not that order has been complied with. But I still say there has not been any violation of court order. He will be released definitely.

“In terms of court order and the conditions of bail, when you come tomorrow you will know if that has been complied with. I still say there has not been any violation of court order”.

Sowore, who is the Publisher of the online news platform, Sahara Reporters, and a presidential candidate in the February 2019 elections, was arrested on August 3 – just days to a planned protest against “bad governance” in the country.

Consequently, both him and his co-defendant are facing seven counts bordering on conspiracy to commit treasonable felony in breach of Section 516 of the Criminal Code Act, money laundering and cybercrimes, amongst others.

They pleaded not guilty to the charge and were granted bail on October 4, in the sum of N100m and N50m respectively with two sureties in like sum.

They, however, were not released until today.