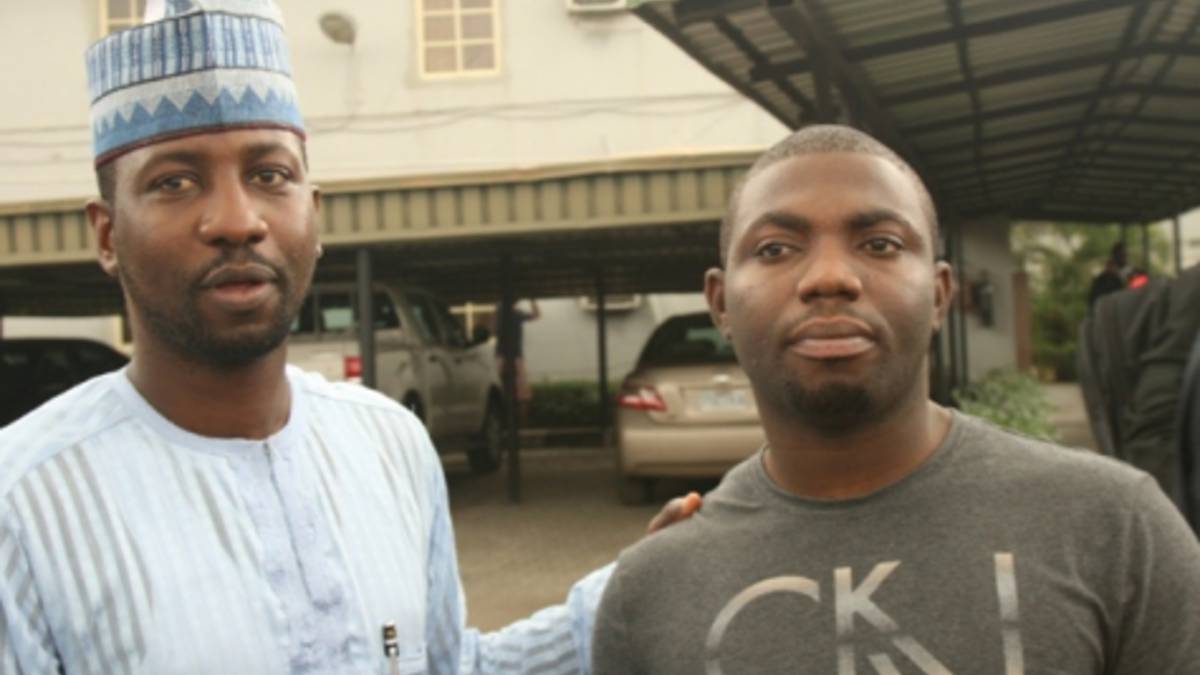 The Economic and Financial Crimes Commission (EFCC) has arrested the duo of Emmanuel Oluwaniyi and Hemeson Edwin, both Deputy Controllers of the Nigerian Correctional Service (NCS).

A statement on Tuesday by the anti-graft agency’s Head of Media and Publicity, Wilson Uwujaren, confirmed that both men were apprehended by operatives attached to EFCC Zonal office in Lagos.

They were accused of giving exaggerated medical reports that warranted a convicted internet fraudster, Hope Aroke (pictured right), who is serving a 24-year jail term, being given a referral to be treated outside the facility.

The first suspect, Oluwaniyi, who is the Controller, Kirikiri Maximum Prison, as well as the second suspect, Edwin, who is in charge of the medical facility, were arrested on Monday.

“The suspects have given useful information to the Commission about their alleged involvement in the crime,” the statement said.

It added, “Aroke, also known as H. Money, had masterminded a mega scam to the tune of over $1m scam. He committed the alleged crime from prison, using a network of accomplices.”

Aroke was one of the two Malaysia-based Nigerian undergraduate fraudsters arrested by the EFCC following a tip-off towards the end of 2012 at the 1004 Housing Estate in Victoria Island, Lagos.

The convict who hails from Okene in Kogi State had claimed to be a student of Computer Science at the Kuala Lumpur Metropolitan University, Malaysia.

However, investigations by the anti-graft agency revealed Aroke as the arrowhead of an intricate web of an internet fraud scheme that traverses two continents.

When Aroke was arrested, a search conducted by EFCC operatives on his apartment led to the recovery of several items such as laptops, iPad, traveling documents, checkbooks, flash drives, and internet modem.

He was sentenced to 12 years imprisonment on each of the counts.