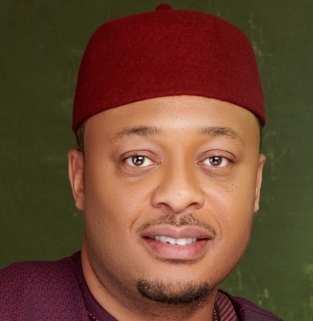 The Speaker of the Delta State House of Assembly, Rt Hon Sheriff Oborevwori has congratulated Mr Dike James Chigbue on his nomination for the conferment of the National Honours on him, in the rank of the the Member of the Order of the Niger (MON).

The Minister of Special Duties and Intergovernmental Affairs, Senator George Akume, in a 2022 National Honours Award Letter to Mr Dike James Chigbue had said that; “I have the honour to formally inform you that the President of the Federal Republic of Nigeria, His Excellency, Muhammadu Buhari, GCFR, has approved the conferment of the National Honours on you, in the rank of MON (Member of the Order of the Niger)”.

The investiture ceremony, according to the Minister is scheduled to take place at the International Conference Centre (ICC), Abuja on Tuesday, 11th October, 2022 at 9:00am.

Rt Hon Oborevwori who is the Delta State PDP Governorship Candidate for the 2023 governorship Election, described the National Award as a well-deserved one.

In a Press Statement by his Chief Press Secretary, Mr Dennis Otu, the Speaker who is also the National Deputy Chairman of the Conference of Speakers of State Legislatures of Nigeria said that; “On behalf of my lovely family and political associates, I wish to felicitate with a wonderful friend and brother, Mr Dike James Chigbue on his nomination for the conferment of the National Honours, in the rank of MON (Member of the Order of the Niger) on him by the President of the Federal Republic of Nigeria, His Excellency, President Muhammadu Buhari”.

The State PDP Governorship Candidate said that; “You have distinguished yourself as an astute Entrepreneur with focus on Real Estate and ICT. Your track records in the world of business have made all of us to be proud and your nomination for the conferment of the National Honours in the rank of the Member of the Order of the Niger (MON) on you by President Buhari never came to me as a surprise. It is a well deserved award”.

“There is no doubt in my mind that this National Award from the President will encourage you to do more for Deltans in particular and Nigerians in general”,he added.