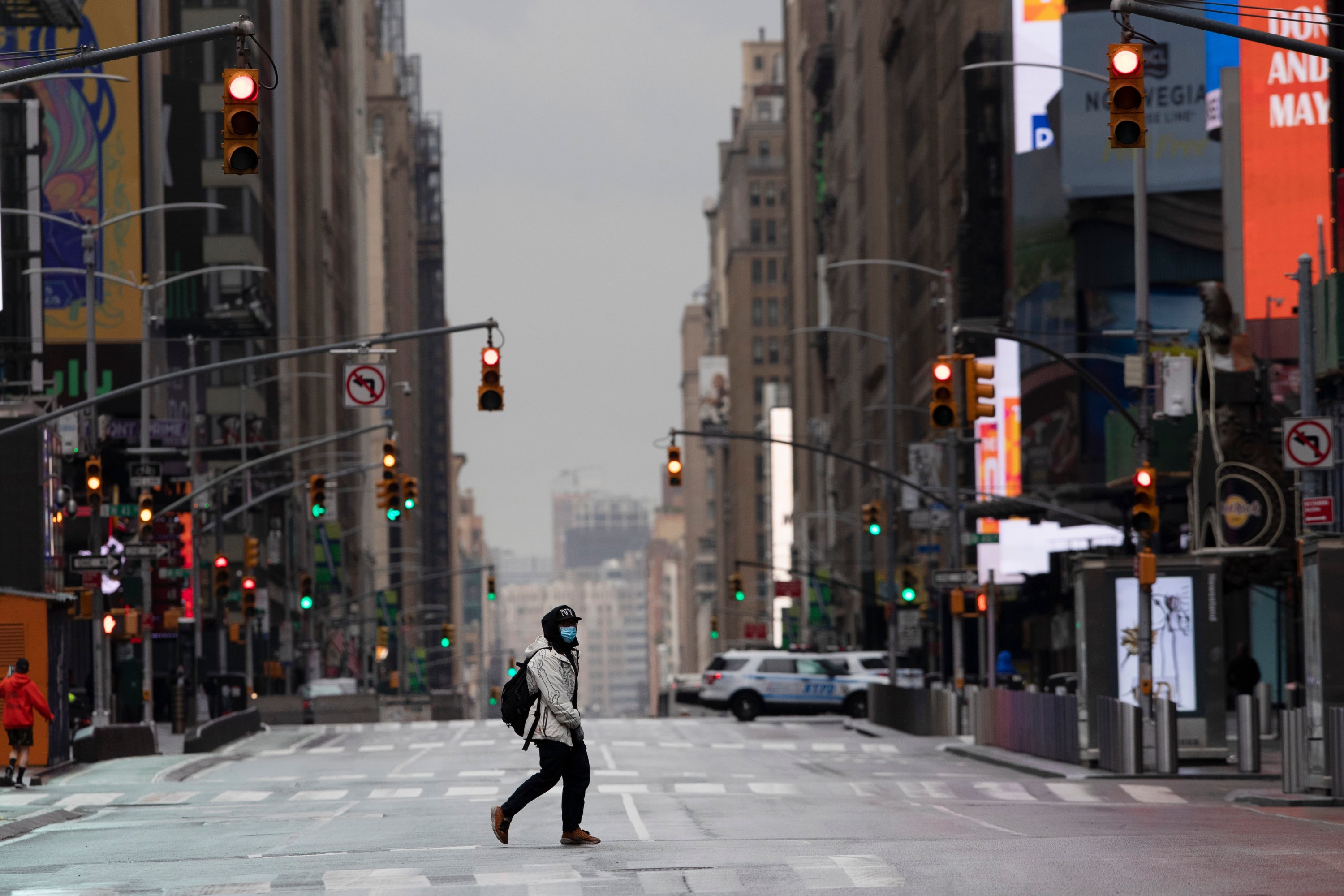 New York Governor Andrew Cuomo said Wednesday he is ordering all residents to wear masks when they are unable to maintain social distancing in public as the hard-hit state moves to a “new normal” in the coronavirus pandemic.

Cuomo’s executive order will not include civil penalties initially, and enforcement will be left to local governments following a three-day period to allow residents be compliant.

But the governor said he expects residents to adhere to it, and while he does not want to impose a penalty currently he is open to doing so if his order goes un-obeyed.

“If you are going to be in a situation in public where you may come into contact with other people in a situation that is not socially distanced, you must have a mask or a cloth covering nose and mouth,” he said.

The new directive comes as New York sees the number of its hospitalizations, intensive care admissions and intubations all fall. But the state still saw roughly 2,000 people diagnosed Tuesday with COVID-19, the disease caused by the novel coronavirus.

In all, 752 people died Tuesday, Cuomo said describing the rate of deaths as “basically flat” on a day-to-day basis. But he noted the Centers for Disease Control and Prevention changed its guidelines on how it wants information reported to include another category of probable deaths.

The state began to contact facilities to get updated figures, but has yet to have the information available, Cuomo said.

Still, the governor stressed the curve is flattening in his state, even as it finds itself “still in the woods,” but said normal will not return until a vaccine is developed, which is expected to take as long as 18 months.

“Anything we can do to accelerate that vaccine we will do,” Cuomo said, pledging the state’s assistance to the federal government, while suggesting medical treatments for those infected with the virus might be “another way of having a natural end” to the social distancing guidelines.

Until then, the reopening of the state will have to be gradual with large-scale coronavirus testing the “best tool to reopen,” he said, cautioning that getting it to an adequate level will be the “equivalent of trying to get Apollo 13 back to Earth,” and will require coordination between the federal and state governments.

New York is the state hardest-hit by the novel coronavirus.

Roughly one-third of all U.S. confirmed cases, or 203,377, are in the state with more than half in densely-populated New York City, according to data from Johns Hopkins University. An excess of 11,500 people in New York have died from complications caused by COVID-19.