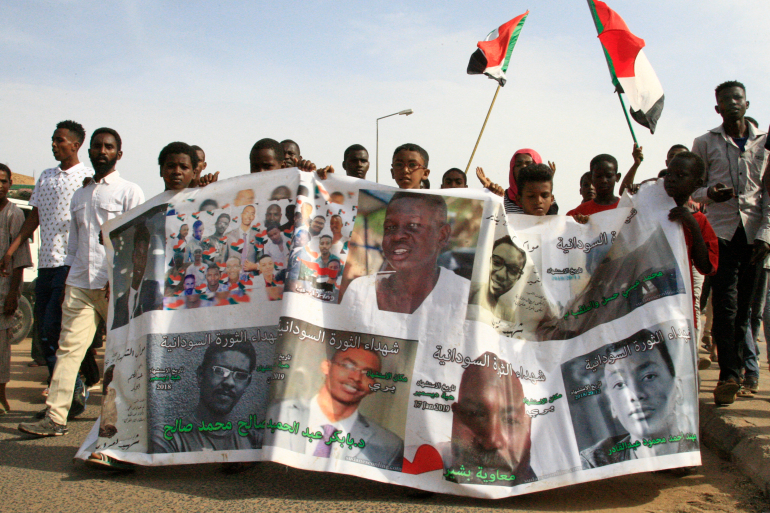 Sudanese men hold a banner bearing pictures of killed protesters during a demonstration called for by the Sudanese Professionals Association (SPA) to denounce the July 29 Al-Obeid killings, in the capital Khartoum on August 1, 2019. - Thousands of Sudanese demonstrators rallied on August 1 against the killing of four students, as protest leaders and ruling generals were set to resume talks to thrash out remaining issues on transitioning to civilian rule. Tragedy struck Al-Obeid on July 29 when four high school students and two other protesters were shot dead at a rally against growing bread and fuel shortages in the city in central Sudan. (Photo by Ebrahim HAMID / AFP)

Six officers of Sudan’s Rapid Support Forces have been sentenced to death by a court over the killing of six protesting students in 2019.

Over 120 people were killed during the forceful dispersal of the protests, though the numbers have been debated.

Nine members of the RSF were arrested days after the protests.

Reuters reports that in a statement on the convictions, the civilian court in Al-obeid where the officers were being tried, held that the officers broke RSF law and behaved individually, as “their actions have no relation to the forces they were part of.”

Judge Mohamed Rahma, sentenced six of the defendants to death, acquitted two and referred one to juvenile court, as he was a minor.

The deceased, including 4 schoolchildren, were part of a student protest following the June 3, 2019 killing of dozens of protesters pushing for democratic rule.

The protests were held after the military overthrew President Omar al-Bashir, who had been in power for about 30 years.

Similarly, RSF officer Youssef al-Fiky was sentenced to death in May over the murder of a civilian with his car during the protests disruptions.

The RSF, formed in 2013, was made up of Arab nomads and a militia called Janjaweed.

The civilian-military administration that has led Sudan since 2019 then moved to integrate the RSF into the country’s armed forces. 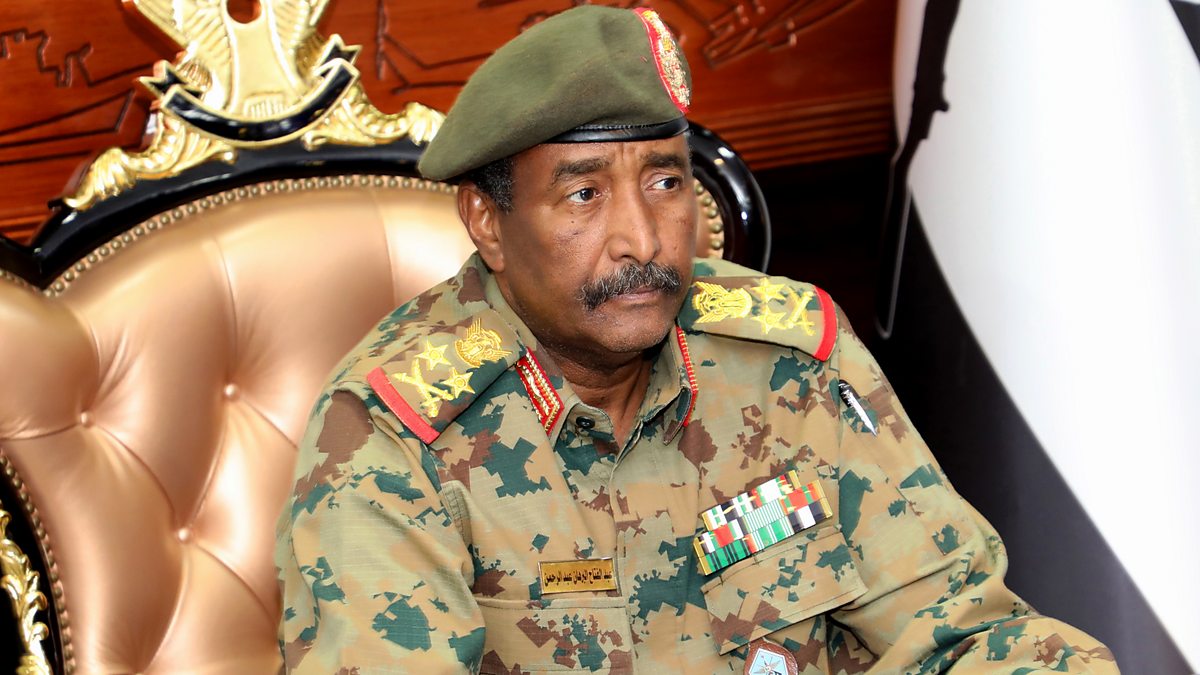 Sudan’s top general declared a state of emergency, dissolved the authorities leading country’s democratic transition, and announced the formation of a new government after...