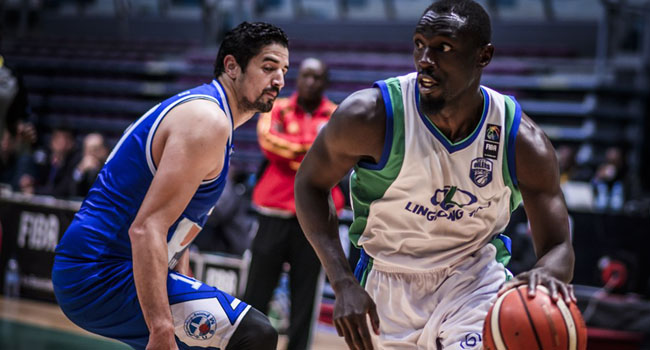 Rivers Hoopers Basketball Club have signed Ugandan International Robinson Odoch Opong as a replacement for the injured Festus Ezeli ahead of the Basketball Africa League in Kigali, Rwanda.

The inaugural BAL season was originally scheduled to take off March 13 2020 but was postponed due to the outbreak of the coronavirus. The organizers have announced it will now take place between May 16 and 30 at the Kigali Arena.

Ezeli who joined the Kingsmen last week completed the four-man transfer scoop requirement for all teams participating in the BAL, but a recent injury sustained by the 2015 NBA champion forced the Hoopers to sign Opong.

“Festus Ezeli signed with us to play the Basketball Africa League but in a recent interaction with his medical team they confirmed that he picked up an injury during training which could keep him out for 4 weeks,” he said.

“He was willing to play for us and I can tell you he is very disappointed the strain in his leg will prevent him from playing for Hoopers at the BAL.”

The 6’3 guard joins Ben Uzoh, Chris Daniels, and Taren Sullivan, in the Rivers Hooper’s team getting set to compete at the inaugural BAL season.