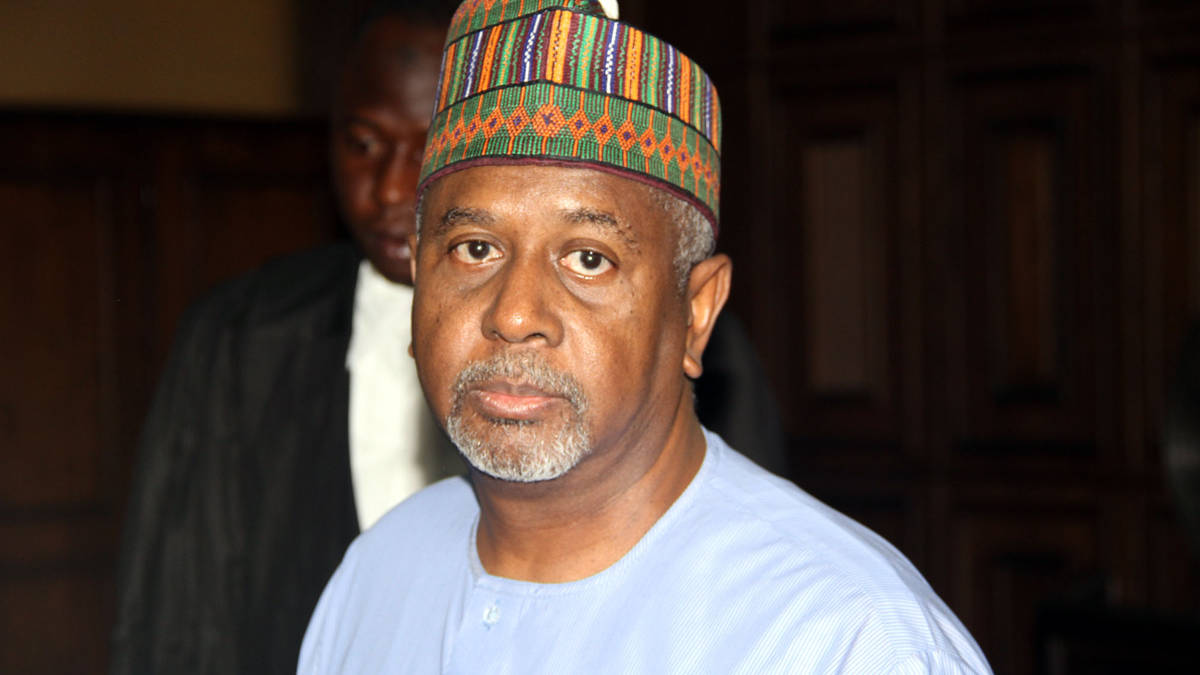 The Department of State Services (DSS) Thursday night reacted to reports that it was laying siege to the residence of a former National Security Adviser (NSA), Col. Sambo Dasuki (rtd) despite a subsisting court order which granted him permission to embark on a medical trip abroad.

In a statement signed by one Tony Opuiyo, DSS explained that it did not illegally block Dasuki’s residence, adding that it only took legal means to ensure that the former NSA appears before a committee investigating a $2 billion arms deal.

A Federal High Court in Abuja had granted permission to the former NSA to travel abroad for medical purpose pending the commencement of his trial. Dasuki is standing trial for alleged unlawful possession of fire arms and money laundering.

It was gathered that Dasuki had planned to embark on the trip on Wednesday night and had secured a seat on Lufthansa, but aborted his plans when he was hinted that DSS operatives were at the airport to pick him up.

The DSS operatives were however sighted at his residence yesterday prompting reports that he had been placed on house arrest despite a court order that gave him permission to embark on a medical trip abroad.

Explaining what it called “the seeming standoff” between it and the former NSA, DSS hinged its action on his refusal to appear before a committee undertaking the investigation of an entirely different case.
Dasuki has however denied ever receiving any invitation letter to appear before the committee set up to investigate procurement processes relating to any arms transaction by the last administration, under which he served.

He said it was strange that a committee purported to be operating from the Office of the National Security Adviser (ONSA) could have transferred its mandate to DSS.

The four-paragraph statement reads: “The attention of the Department of State Services (DSS) has been brought to the report making the rounds that its operatives illegally blocked the residence of the former National Security Adviser (NSA), Sambo Dasuki (Col/Rtd), in violation of a subsisting court order granting him a relief to travel oversea for medical services. This is to say the least that such report is not only unfounded and malicious but aimed at tarnishing the good image of the Service.

“It may be recalled that Sambo was initially arrested and charged to court for unlawful possession of firearms and money laundering, for which reason his international passport was seized and on the order of the court, returned to the registrar for custody. What has however brought the seeming standoff between Sambo and the Service, despite the court-ordered release of his international passport on 4th November, 2015, is his refusal to appear before a Committee undertaking the investigation of an entirely different case.

“The public may wish to note that the government set up the Committee to investigate procurement processes relating to a two billion dollar ($2 billion) arms transaction by the last administration, under which Sambo was the NSA. It was on this premise that he was invited by the Committee to shed more light on his involvement in the deal. It, therefore, remains surprising and shocking that Sambo has refused to honour invitations of the Committee but instead resorts to grandstanding and subtle blackmail of the Service. His refusal to appear before the Committee has left the Service with no option than to adopt legal means to ensure his attendance.

“Therefore, without doubt, Sambo is pulling all strings available to him to evade justice and put the Service in bad light. The simple fact is that the DSS is not persecuting him. Nigerians are therefore enjoined to disregard the impression being created by him. This Service wishes to re-emphasise its commitment to the rule of law and strict adherence to democratic ideals. However, any person or group, no matter how highly placed, that may wish to test the will of the present democratic dispensation, will definitely be checked through the legal provisions of the law.”