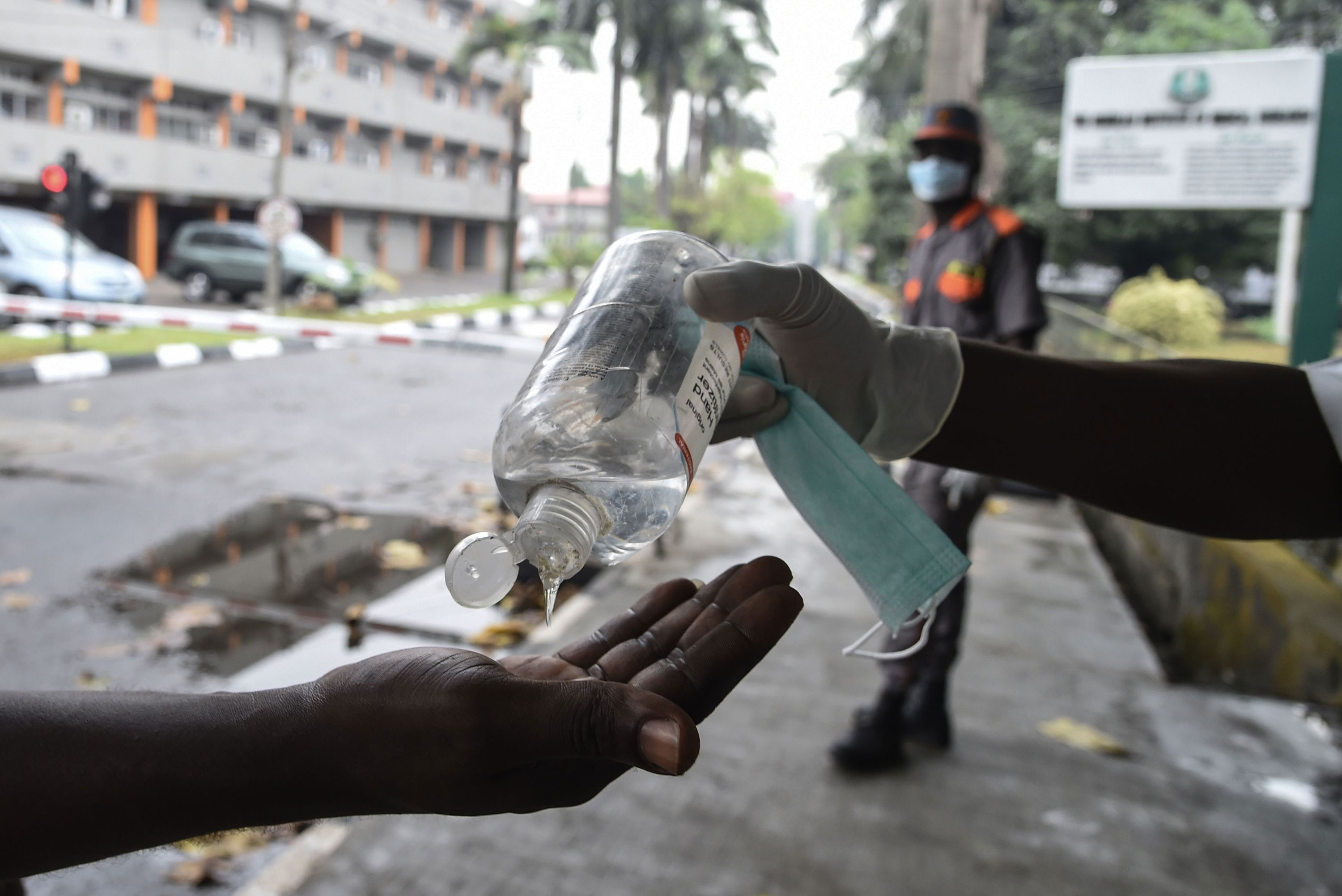 A visitor tries to sanitise hands before being allowed into a state hospital at Yaba in Lagos, on February 28, 2020. - Residents of Nigeria's economic hub Lagos scrambled for hygiene products after the chaotic megacity of 20 million announced the first confirmed case of new coronavirus in sub-Saharan Africa. Health Minister Osagie Ehanire said in a statement overnight that the infected person was an Italian citizen who flew in from Milan, at the heart of Europe's largest outbreak, earlier this week. (Photo by PIUS UTOMI EKPEI / AFP) (Photo by PIUS UTOMI EKPEI/AFP via Getty Images)

The World Health Organization’s regional director for Africa on Friday warned the continent faced a “dramatic evolution” of the coronavirus pandemic.

Of the 47 countries in the WHO Africa region — which includes sub-Saharan Africa and Algeria — 39 nations are now affected, compared with only one a month ago, Matshidiso Rebecca Moeti told French television channel France24.

Moeti said there have been about 300 cases per day in recent days and called for “intensified action by African countries”.

Cases have risen across the world’s poorest continent over the past week to a total of nearly 3,500 cases and 94 deaths, according to an AFP tally that covers all of Africa.

African nations have ordered curfews and lockdowns in response to the growing pandemic, amid fears that weak health infrastructure will leave the continent terribly exposed to an outbreak on the scale of virus-stricken Europe.

Moeti acknowledged that measures were being taken to contain the spread of the virus and to isolate suspected cases.

Governments have banned religious gatherings and sporting events, while schools were closed in 25 countries, she said.

She noted that 42 countries are now able to diagnose the disease. “A few weeks ago, only two countries had the diagnostic capacity,” she said.

But Moeti stressed that the continent was poorly equipped to deal with a major health crisis.

“It is true that in many African households people live in large families. It’s very difficult sometimes for everyone to have their own room,” she said.

“There is a very strong community life. We have to find other hygiene methods to minimise the spread of the virus.”

In this article:COVID-19, Matshidiso Rebecca Moeti, WHO