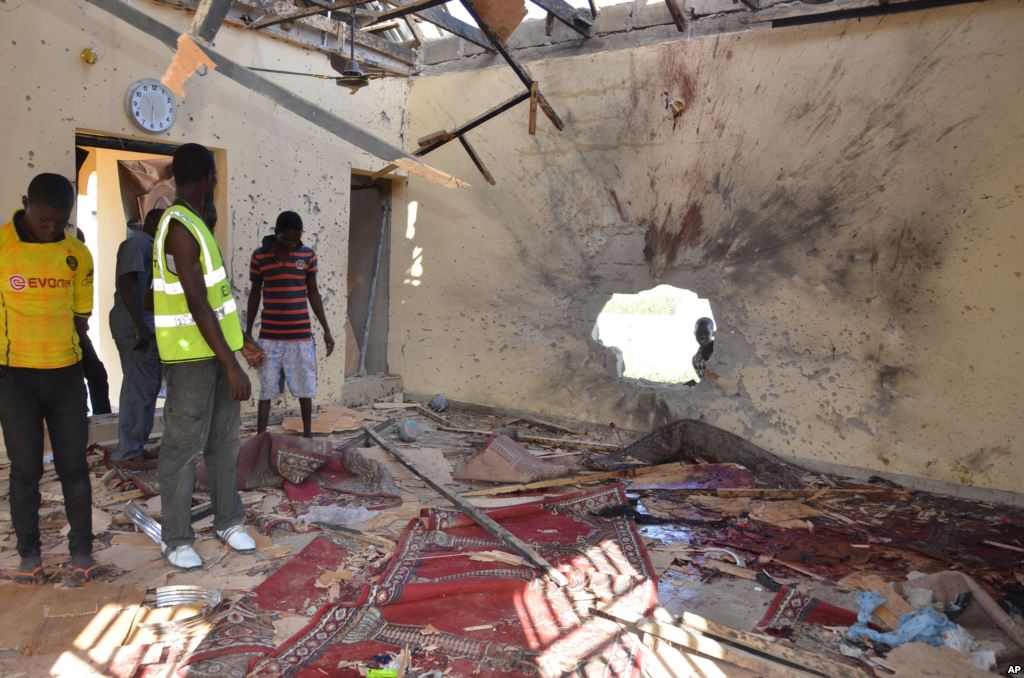 A bomb attack targeting a mosque in northeastern Nigeria has left at least five people dead and several others injured.

Ajiri Yala, leader of the Civilian Joint Task Force (CJTF) which assists the military against Daesh-linked Boko Haram militants, said on Monday that a bomber disguised as a worshiper entered the mosque where people were gathering for the morning prayers and detonated his explosives.

There has been no claim of responsibility so far, but such attacks are usually carried out by Boko Haram terrorists, which are active in northeastern Nigeria.

On Sunday, an explosion killed a CJTF member on guard at checkpoint in the Muna area of Maiduguri.

A week earlier, 14 people were killed in a similar blast near the Muna Garage camp, which is home to tens of thousands of people made homeless by Boko Haram militancy.

The violence has forced 2.6 million people to flee their homes.

The United Nations warned recently that attacks against internally displaced people (IDPs) in camps across the region “continue to be a major concern.”

The Boko Haram militant group, which pledged allegiance to Daesh in 2015, poses a threat to both civilians and the military, despite government claims that the group has been weakened to the point of defeat.

The Takfiri outfit’s terror activities in Nigeria and the neighboring countries of Cameroon, Chad and Niger has left about  20,000 people dead.