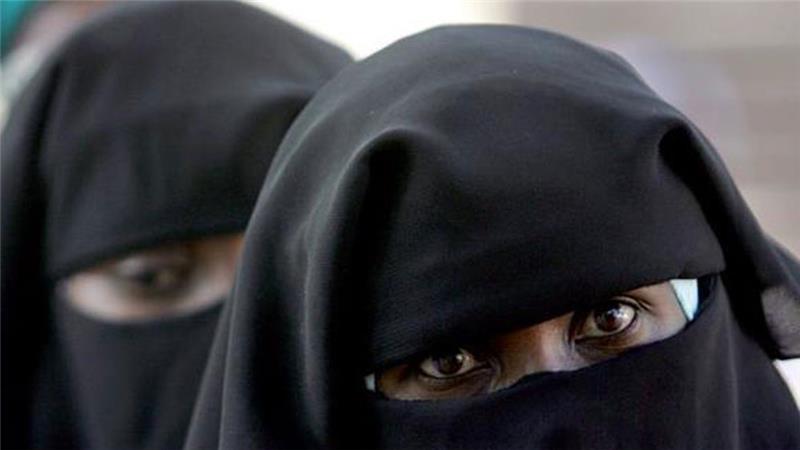 The Muslim Students’ Society of Nigeria (MSSN), Lagos State Area Unit (LSAU), has warned President Muhammad Buhari not to consider or attempt any ban on Hijab.

He said such consideration would ridicule the war against Boko Haram, adding it was an unnecessary approach.
According to Ashafa, ban on Hijab means that Boko Haram has succeeded in their deceptive ideology and may strengthen their unjustifiable zeal to kill innocent peoples.

Buhari, during his maiden presidential media chat last Wednesday in Abuja had said the federal government might consider ban on hijab if terrorists continue to use it to perpetuate evil.

But Ashafa condemned the insight, saying such showed that the government was still considering some unrealistic approach in the fight against terrorism in Nigeria.

He added: “The statement by President Buhari is disappointing. It is an indication that the present administration is trying to apply the faulty approach of the last administration that took us nowhere. Ban on hijab is wrong, biased and the greatest approach that can drown the support and popularity of the Buhari-government.

“The decision to ban hijab may mean that Boko Haram has succeeded in their mission. Rather than ban hijab, the government can acquire bomb detective gadgets which can detect bombs from afar. Instead of considering how to stop the wearing of hijab, the federal government should be thinking of how to stop Boko Haram.

“If hijab ban must be considered, then the government has to also ban use of vehicles, hand bags, cell phones, motorcycle and suits because more evils have been perpetuated through them. It’s totally illogical to attach Boko Haram attacks to a dress code or pattern. Our hijab is a garment of honour; it is an apparel of modesty and an outfit commanded to be worn by Allah.”

Ashafa, however, condemned Boko Haram and its activities its entirety, but insisted that more practical approaches were needed to defeat the terrorists.

He subsequently commended reports that soldiers are emerging victorious in most of their face-off with the terrorists.
The student leader clarified that it was wrong for the president to play on the intelligence of Muslims, saying: “It is known to everyone that hijab is worn by Muslims and a ban on the religious garment is an attack on Islam.

“Just as it would be wrong for anyone to say that suits or vehicles should be banned because they are used to rob or assassinate and terrorise; it would also be unfair for anybody to consider hijab ban because of its wrong usage.”

Also, the Muslim Rights Concern has rejected the possibility of the federal government imposing a ban on hijab.
In a reaction to the suggestion   yesterday,  the Director of Muslim Rights Concern, Prof. Ishaq Akintola, said the idea was unacceptable and inappropriate as a way to address Nigeria’s security challenge.

“It is escapist. It is scapegoatism. It will open the floodgates of anarchy. Instead of solving Nigeria’s security problems, it is most likely to compound it,” he said.

According to him, since the army and police uniforms are not banned despite the fact that they are sometimes used by bandits, “why should we ban hijab?

“Security agents know how they often fish out hoodlums who use police and soldiers’ uniforms to commit atrocities. The same method should be used to prevent the use of hijab for bombing.

“What crime have Nigerian Muslim women committed that they should be derobed in public? Without their hijab, Muslim women feel as if they are naked. Users of hijab are in all walks of life. They are civil servants, business women, teachers, among others.

“Most importantly, they are tax payers and voters. They voted Buhari into power. Is Buhari’s government warming up to encroach on Allah-given fundamental rights of Muslim women? Is this an appropriate pay-back?”

Akintola querried the modality of implementing the ban on hijab, asking which geographical area that is likely to be involved in the ban.

“Will it be limited to the three troubled states of Adamawa, Borno and Yobe? Will it extend to the whole North-east or will the ban cover the whole of Nigeria?

“The question also arises, Mr. President, if you ban hijab, what is the time frame? When will you deban it? Are we not likely to experience more religious upheavals after the ban as some religious zealots will want to capitalise on the ban by maltreating Muslim women?

“Will these religious fanatics who use the period of the ban to oppress Muslim women stop their repression even after hijab has been de-proscribed?

“Has President Buhari pondered over the impact of the imposition of a state of emergency on those three states by the past administration? Did it stop insurgency? We posit that Boko Haram handlers will simply shift to other methods to conduct their nefarious activities. Already they have introduced suicide bombing by children. Is Buhari going to ban children from going out to the streets?” he asked.