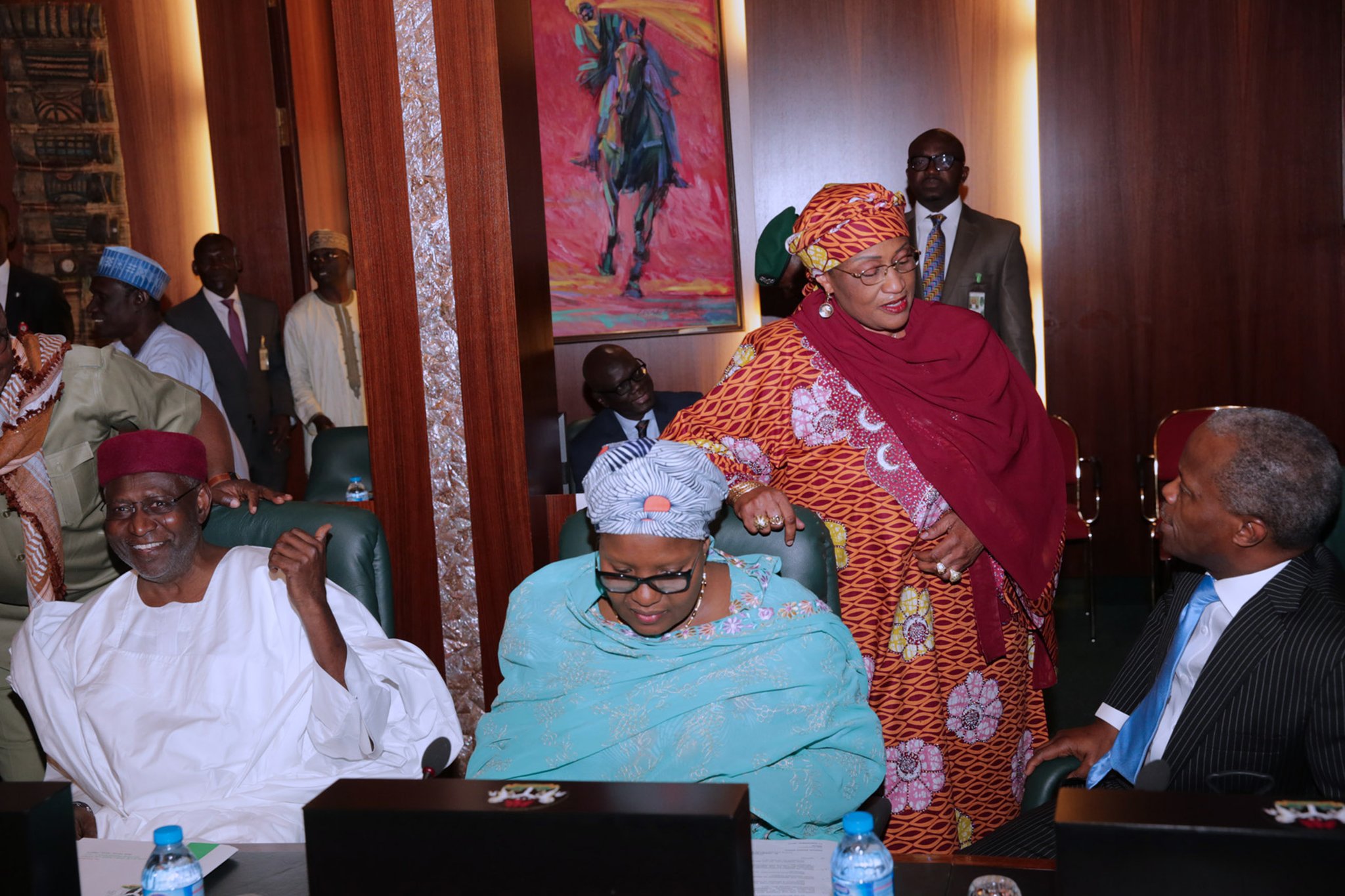 The Minister of Women Affairs, Senator Aisha Alhassan, has said the ruling All Progressives Congress (APC) will not only win Gombe and Taraba States in 2019 but also lead Nigeria forever.

Sen. Alhassan, who is popularly known as ‘Mama Taraba’, said this at the APC national secretariat in Abuja on Monday shortly after the inauguration of 35 state chairmen of the party.

She said the forthcoming National Convention would be peaceful despite the current crisis in the APC.

“Crisis is normal in a big party like APC; once we can do our national convention, then we face the opposition PDP and I assure you that APC will win more states like Taraba in 2019.

“I will make sure that in my zone, I follow up and by God’s grace, Gombe and Taraba will be taken over in 2019, and don’t even talk about Nigeria because it’s already APC and it will continue to be APC forever,” she added.

She gave an assurance that the new APC chairman in Taraba State would mend fences with those that contested against him and dismissed the notion about the existence of faction in her home state.

“I won the 2015 election, everyone knows that, even the Peoples Democratic Party (PDP); and I will re-contest the election again in 2019 if God keeps me alive and well.

“It is God that gives power to whoever he desires. I won the election 2015, but God did not give me power. I will keep trusting in Him and the grassroots people of Taraba and God willing, I will win the election,” she said.