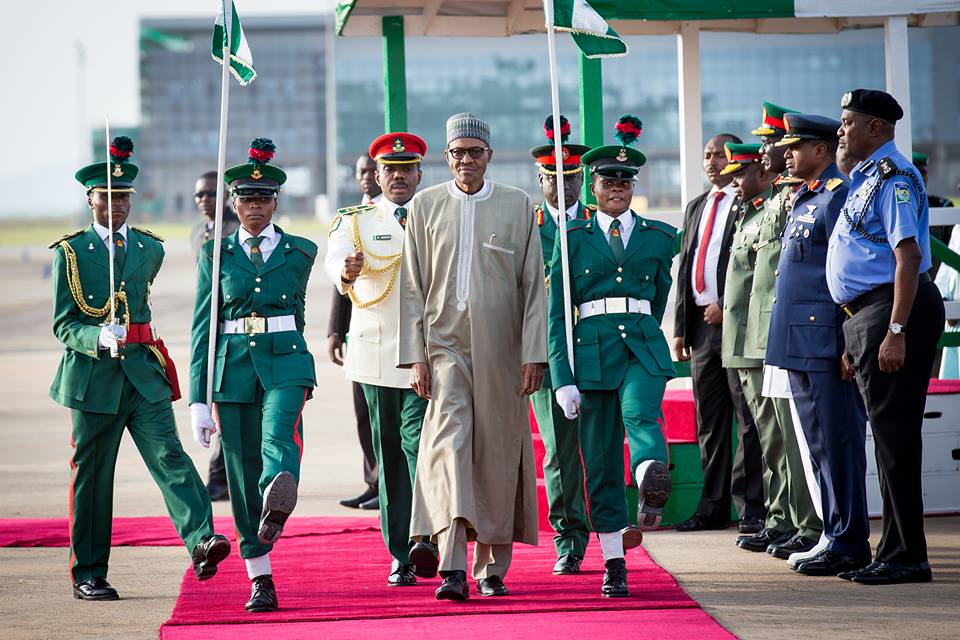 President Muhammadu Buhari will on Saturday and Sunday join other Heads of State in Aqaba, Jordan, to review strategies in fighting terrorism, and reinforce joint security structures that will be more proactive in preventing attacks.

The Special Adviser to the President on Media and Publicity, Mr. Femi Adesina, disclosed this in a statement on Thursday.

Adesina said the meeting tagged, AQABA RETREAT, hosted by King Abdullah II of Jordan, is expected to be attended by West African Heads of State, representatives of governments of 48 countries and a number of key Non-Governmental Organisations. He said Buhari would at the meeting, share Nigeria’s experience on terrorism and its spread across West Africa.

He added that the President will solicit more support for pre-emptive measures that will neutralise the activities of insurgents in the sub-region.

The statement added, “The Nigerian leader will also hold bilateral meetings with some Heads of State to strengthen relations. “President Buhari and his delegation will attend the official dinner to be hosted by King Abdullah II in honour of visiting Heads of State and their delegations.

“The President will be accompanied to Jordan by the governors of Kogi, Osun and Niger States; the Ministers of Defence, Education, Foreign Affairs; the National Security Adviser, and the Acting Director-General of the National Intelligence Agency.”