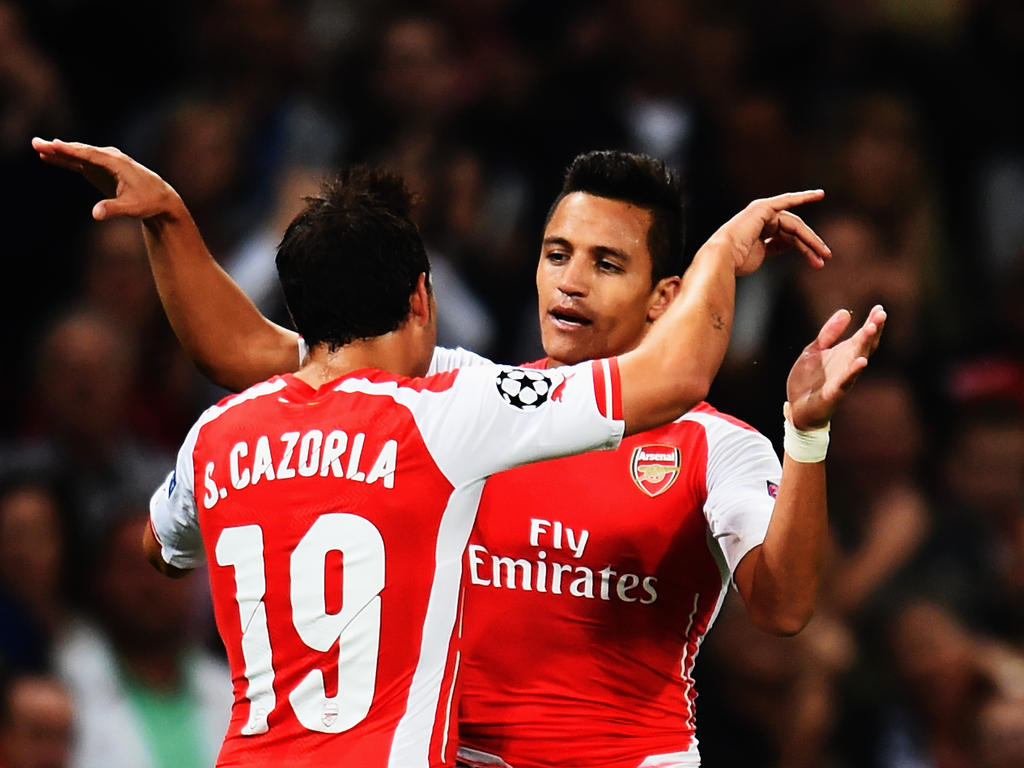 Alexis Sanchez (R) of Arsenal celebrates with team mate Santi Cazorla of Arsenal after scoring during the UEFA Champions League Qualifier 2nd leg match between Arsenal and Besiktas at the Emirates Stadium on August 27, 2014 in London, United Kingdom. (Photo by Shaun Botterill/Getty Images)

Holders Barcelona will face Arsenal in the last 16 of the UEFA Champions League.

Luis Enrique’s team are bidding to become the first side to repeat as European champions since AC Milan won the old European Cup in 1989 and 1990.

Elsewhere there was a favourable draw for Manchester City as they were picked to face Ukrainian side Dynamo Kiev, while Chelsea have a difficult task against the team who knocked them out of the competition last yet in PSG.