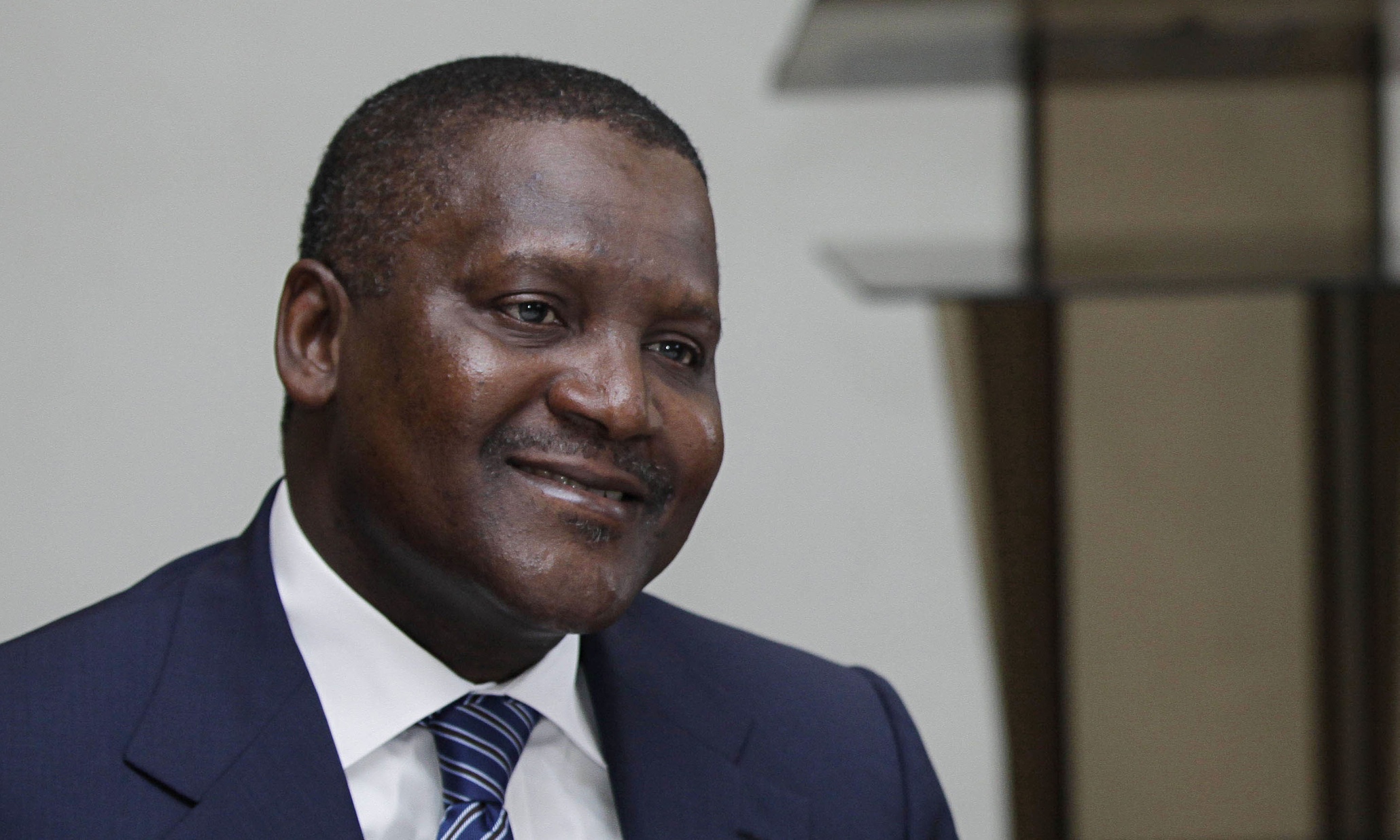 In another bold move for self-sufficiency in sugar production through the government’s backward integration policy, the Pan African Conglomerate, Dangote Group has in Minna, Niger State signed a Memorandum of Understanding (MoU) with the State Government for the establishment of a jumbo $450million state-of–art and fully integrated sugar complex.

On completion, according to the President of the Group Aliko Dangote, the project will generate over 15,000 jobs in the state and bring about a complete economic turn-around for the state.

The $450million pact which was signed in the government house will see the company producing raw sugarcane on 16,000 hectares of land at Lavun Local Government through an out-grower scheme.

The company, which is currently operating out-grower scheme in rice production in a number of states, has  Africa’s largest sugar refinery in Lagos and a sugar cane plantation in Numan, Adamawa State.

Mr. Dangote said his investment was informed by his Company’s firm belief in the potentials of the Nigerian economy, adding that the new outlay will add value and create jobs for Nigerians.

In his remarks, Governor Bello said the deal will revolutionize agriculture in his state and Nigeria. Expressing joy that the MoU was signed during his own administration, he described Dangote as the liberator of the Nigerian economy and a dependable partner.

The Governor then urged Dangote Group to explore other investment opportunities available in the state, just as he announced that the state was opened for multi-sectoral investments.

Representative of the Minister of Industry, Trade and Investment, Alhaji Aminu Bisala said Dangote is the biggest private sector supporter of the Nigerian economy, and Federal Government policies.

He said the Federal Government was comfortable with the numerous investments efforts of the Dangote Group.

Also speaking, Chairman of the Niger State Traditional Council Etsu Nupe, Alhaji Abubakar Yahyah said he was elated about the huge investment coming to the state, while praying God to bless the Dangote Group more.

Just last week, the conglomerate had sponsored an investment summit in the State, which was attended by former Presidents Abdulsalami Abubakar, Olusegun Obasanjo and the then Acting President, Yemi Osinbajo, who described the private sector as key to the country’s economic development.

Group Managing Director of Dangote Sugar Plc, Engr. Abdullahi Sule stated that the MoU would be a game changer for Niger State economy and Nigeria as a whole.

He said the integrated sugar mills will have the capacity to produce 160,000MT of raw sugar, pointing out that has been in the fore front of support for government industrialization programmes through backward integration policy in agriculture.

According to him, the Dangote Sugar Refinery is developing a sugar backward integration plan through the production of 1.5MT/PA in ten years in: Nasarawa, Adamawa, Kogi, Kwara, Taraba and Niger states respectively.

The Group’s Executive Director Stakeholders’ Management and Corporate Communication Ahmed Mansur had also announced that the Group was investing over $1billion in the agricultural sector in the country, specifically in rice, sugar, tomato and dairy productions.

Niger State Commissioner for Investment, Commerce and Industry Rahmatu Muhammad Yar’Adua said that the deal with Dangote Group will help grow the agricultural sector and create direct and indirect jobs in the state.

It would be recalled that the Group’s foray into sugar business began in 1981. It has injected over $104million into the Savannah Sugar Company Limited it acquired from government in 2003. Savannah Sugar this year alone, produced 20,000MT of raw sugar from its plantation.