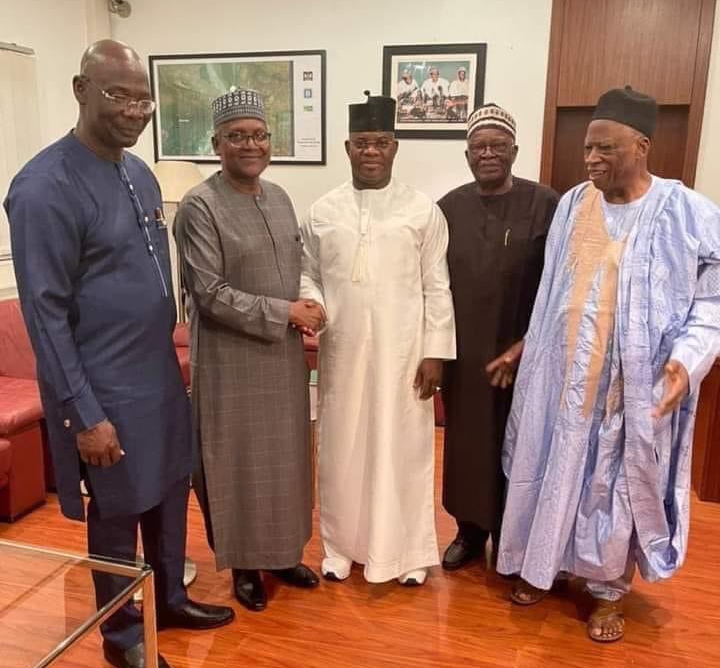 The Kogi State Government said on Friday that it had not reached any agreement with the Dangote Group concerning the ownership of the Obajana Cement Plant, Punch reports.

The plant, located in Obajana, Kogi State, has been a subject of controversy as both parties claim to be the legitimate owners of the plant.

In a new development, after meetings and interventions by stakeholders, the Kogi State Government has put measures in place to take Dangote Group to court and reclaim ownership of the plant.

This was disclosed in a statement by the state Commissioner of Information, Kingsley Fanwo.

Fanwo said the battle for the ownership of the plant was far from over and that the government was ready to “battle it to the end”.

Fanwo noted in the statement that the decision was as a result of late night consultations and meeting on Thursday between key government officials led by Governor Yahaya Bello and stakeholders representing the different ethnic groups in the state.

Fanwo said at the meeting, which ran into the early hours of Friday, “All stakeholders resolved to head to court in the interest of the people and generations to come.”

He also noted that the governor made it clear that there was “no going back on the state’s resolve to reclaim its asset”.

This was as he sued for calm in the interest of peace.

“This struggle is not about Governor Yahaya Bello or his administration. It is about the people of Kogi State. In the last 72 hours, well meaning Nigerians, leaders and government officials have waded in and have pleaded with the governor to consider reopening of the plant while discussions are ongoing.

“The expectations of the over four million Kogites are clear and high and we want to assure them that the Governor and the Government of Kogi State will not compromise the interest of the people of the state to reclaim their rights in the cement company.

“There were a series of high-powered meetings to resolve the impasse, including meetings having the Governor and Alhaji Aliko Dangote in attendance.

“Discussions were held and statements of interest were established, but there was no agreement yet as some desperate parties are trying to promote in the media to mislead the public.

“We shall be non-violent in our approach as we are sure of green pathways to success for the people in this battle for the economic future of our dear state.

“However, we maintain that the collective assets of the people of Kogi State must be protected and reclaimed in this instance. And that is the process the government has started. We will fight this battle to the end until we get justice from the courts. No committee can resolve this dispute,” the statement read.